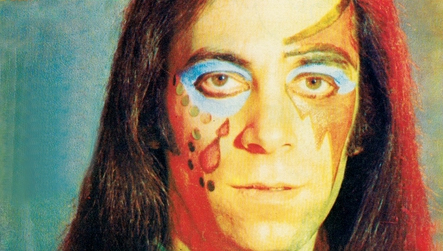 Erkin Koray is one of the greatest Turkish musicians. He has contributed not only to rock, but also to psychedelic, world music and prog. This has earned him the nickname of the Turkish Jimi Hendrix

His latest album, Mechul: Singles & Rarities, was released a few months ago. It was produced by Sublime Frequencies – the Seattle-based record label focused on promoting new music from the East and the Far East. The album comprises songs recorded between 1970 and 1977 - at the height of his artistic activity - after attending the music contest Altin Mikrofon. Organized by the daily Hurriyet between 1965 and 1968, Altin Mikrofon involved the main representatives of Turkish rock’n’roll and bands that had the primary objective of transforming traditional folk songs into electric songs, modernizing them and interpreting them to their liking. That is the period when Koray started being referred to as Turkish Jimi Hendrix, and his musical genre as ethno-rock.

Erkin Koray is now recognized as one of the greatest Turkish artists, alongside cult figures like Mehmet Baris Manco and Selda Bagcan. He has contributed not only to rock, but also to psychedelic, world music and prog. It is thanks to his inspiration and creativity that progressive music has flourished in Turkey more than in any other part of the world, facilitated by the extremely rich traditional music heritage that characterizes Anatolia. That heritage has allowed local artists to experiment and elaborate innovative musical forms without upsetting the local orthodoxy. Legendary groups such as Kaleidoscope or the super-group Emerson, Lake and Palmer - founders of the progressive movement in England - were never able to impose this new musical reality on the West with the same vigor.

Mechul: Singles & Rarities provides such an excellent view on Koray’s artistic career that even those who have never listened to him can appreciate his work. The title track, Mechul, is a typical psychedelic track, with a ‘sinuous’ pace and a melody that winks at Eastern universes on pentagram. The sounds, however, stem from amplifiers and Western modus vivendi based on experimentation and tired of the same old four chords of ‘50’s rock’n’roll.

Krallar’s groove is every bit as good as the “hotter” tracks from the Anglo-American ‘70s. It is more straightforward than the first track and brings out an artist who, from an aesthetic and scenic point of view, has his own say and stimulates the collective imagination with a look that no one had ever displayed in Turkey. The intro recalls traditional rock’n’roll: after the thrust of the first couple of minutes, the voice makes room for the guitar solo, child of Hendrix’s genius. Gun Dogmuyor hits ‘60s pop off, even recalling the ye-ye period of French music. The album has a total of 11 tracks, able to underline the great ability of the Turkish musician, the first to embrace an electric guitar and give life to Anatolian rock.

Born in Istanbul in 1941, Erkin Koray formed his first rock band in 1957, playing Elvis Presley and Fats Domino. In 1959 he baptized the project Erkin Koray and Ritimcileri'ni and started recording the first singles, while the release of LPs was not yet common. He recorded EP after EP, accompanying electric instruments with musical objects typical of the Anatolian world: the saz, a symbol of the long-necked lutes and the darabouka, a membranophone well known in Northern Africa, the Middle-East and all the Countries subject to Ottoman domination. His name started getting around and his concerts attracting more and more people: today, at least three generations crowd his live acts. 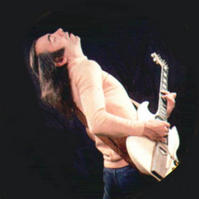 He left for his military service in 1963 and, in 1966, founded a psychedelic-rock music quartet. In the early ‘70s he formed Ter: with him, Aydin Cakus, guitar player, and Nur Yenal, an expert player of davul (percussions used in Turkish, Bulgarian and Iraqi music). They recorded the single Hor Gorme Garbi, a cover song of Orhan Gencebay, musician, banglamas player, singer and actor. While record companies were reluctant on Koray’s futuristic music, the public acclaimed him and kept asking for new music. On these premises, Koray’s first LP saw the light in 1973 and was entirely made up of the EPs recorded in the years between 1967 and 1973. The album is called Erkin Koray and was reissued in 2006 with 8 bonus tracks.

In 1974 he decided to try new paths and signed a contract with Doglan Records, releasing one of his most representative tracks: Saskin. He paraphrased an originally Arab folk dance, particularly popular in the Lebanon, Palestine and Syria. What is regarded to be his groundbreaking album, the LP Elektronik Turkuler, was released that same year with World Psychedelia. It was a mixture of music coming from the ancient East and the modern West. The album is still thought to be a masterpiece by all music makers in Turkey: on it, Erkin sings and plays the guitars, banglamas, piano and organ. Beside him, Ahmet Guvenc on the bass, and Sedat Avci on the drums and percussions.

In the ‘70s he produced two other milestones: Erkin Koray 2 (1976) and Tutkusu (1977). The first, reissued in 2005 with 5 bonus tracks, gives a lot of space to ethnic sound: it contains gems such as Fesuphanallah, Estarabim and Sevince. The second album, remastered in 2006 is, instead, a paean to rock music and contains two tracks in English.

Koray’s career continued into the ‘80s and ‘90s with the release of new original LPs, like Benden Sana in 1982, which was influenced by Indian music as well. Illa Ki (1983), Askmiz Bitecek (1986), Cukulatam Menim (1987), Hay Yam Yam (1989), Tek Basina Konser (1991) and Devlerin Nefesi (1999) are significant also. In the 2000s, he appeared on many compilations, among which are Istanbul 70: Psych, Disco, Folk Classics (2011), Turkish Freakout: Psych-Folk Singles 1969-1980 (2010) and Obsession (2008). In 2005 he confirmed his unyielding artistic-existential parable participating to Crossing The Bridge: The Sound Of Istanbul, a documentary directed by Fatih Akin, a German director and script-writer. The documentary was presented at the 58th Cannes Festival hors concours.