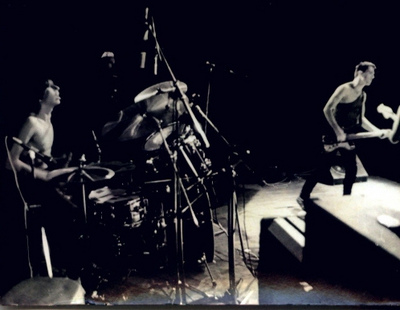 At the end of the Seventies when Yugoslav society was calm and predictable, punk was born in Slovenia and young people began to mock communism. Then came the death of Tito, the economic crisis, and the road to independence. A new contribution to our dossier "The long lasting '89".

This article explores some of the many ingredients of the long '89 in Slovenia: the punk movement, the Slovenian leaders who called for law and order, writers gripped by the fear of the nation losing its identity, "alternative" movements, and the League of Socialist Youth - that offered the opposition a path into the system.

The democratization of the republic was a process that took almost a decade. In the seventies, all of Yugoslavia was normalized. The bill had been settled with the "liberals" and the country was preparing for the inevitable: the death of the father of the federation, president Josip Broz Tito.

In that period, the republic's social peace was bought by taking on debt abroad and the implementation of utopian development projects. The federation had become a construction site. Everything was under construction: huge industrial complexes, cultural centers, schools, even a nuclear plant.

So, while the rest of Europe was gripped by austerity, Yugoslav citizens had never seen better times. Many could even indulge in an occasional luxury: a foreign car, trips abroad, construction of a small villa, or even a second home.

In that society, everything was calm and predictable and the young people even looked a lot like their parents. But it was precisely at that moment, at the end of the Seventies, that punk was born in Slovenia. All it took was a trip to London to stock up on Sex Pistol records and a bottle of Pelinkovec for writing inspiration and, in one night, lyric were born and a concert was organized in a gym in Ljubljana. The "Pankrti" were born. The members of that same band were convinced that, after that first concert, there would be no more. But they were wrong.

The next day, the band played on the campus of Ljubljana University. Soon, they caught the attention of the League of Socialist Youth newspapers and a student organization radio. Soon, a real youth subculture was born.

The punks could express themselves undisturbed for a few years, but then the repression began. But the movement had already gained such a foothold that it couldn't be held back. It wasn't the bands who were targeted, but rather the youth who imitated their styles. The leadership quickly realized, with horror, that the young generation didn't believe anymore in the same values - that the musicians were making fun of the "revolution" and the political class. 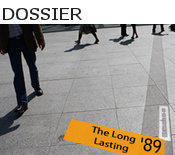 The situation in Yugoslavia had suddenly changed. Tito was dead, and one of the main symbols of a unified country had disappeared with him. A serious economic crisis had befallen the federation. In 1980, there was no more money to repay the country's debt abroad and citizens soon felt the consequences.

Inflation began to skyrocket. Gasoline was rationed. Imported goods disappeared from the shelves. Finding coffee became an epic task and babies could only learn about the existence of bananas from photographs. In that period, a new national sport was born: collecting foreign currency. Everyone was involved. Stores tried to sell their products abroad and ordinary citizens tried to get foreign currency to buy goods they wouldn't have been able to buy otherwise or to put away some savings.

To many, it seemed as though the politicians didn't know anymore which grape to peel. When, in 1982, the Slovenian communists convened for their convention, a punk group drew satire from the 700 leather briefcases distributed as gifts to the delegates. These guys - the song said ironically - would be the keepers of all necessary solutions for the country.

But it was during that very congress that a new, Slovenian passion for the law emerged. The delegates, in fact, wasted a lot of time talking about formalities. In front of confused journalists who had come from other republics in the federation, the party leaders explained that all the people who could have led the way out of Yugoslavia's troubles had already disappeared, so it was critical to follow the letter of the law and constitutional mandates.

Likely without realizing it, Slovenian communists had made a real, subversive message. In Yugoslavia, the constitution was amended with some regularity and was more like a framework for planning rather than a document to be followed to the letter. In 1974, the regime's second in command, the Slovenian ideologue Edvard Kardelj, had his "masterpiece" plan ratified: self-management. It was introduced into every level of the country's administration and from the first day of Kardelj's muddled projects of political engineering, his plans represented the best guarantee - for Slovenia and its political class - that the country would hold on to the level of independence it had reached.

In those days, the republic had its own flag, president, parliament, and government. Although it was part of the Yugoslav federation, it had an autonomy that it had never had in the past. For Slovenian politicians, preserving it became an imperative.

So when Ljubljana began to ask Belgrade to respect the laws, it began to apply these same principles in Slovenia too. Very quickly, "democratic" spaces began to appear that had been unthinkable just the year before. Stronger and stronger criticism was directed at the system.

Writers and intellectuals in general were already gripped by the fear that the country was losing its national identity and that Slovenians were at risk of extinction. The census of 1981 caused more than a little anxiety. In ten years, ethnic Slovenians in the country had gone from 94 to 90 percent of the population. Soon, immigrants from other parts of the federations that had once provided the favored labor for Slovenian development projects and industry became a political hot-button issue for the same party leaders that had led the projects. In the following years, attempts at integrating most of Yugoslavia, even attempts at standardizing the education system, were stopped short with a firm Slovenian "no."

Unlike any other Yugoslav republic, the defining feature of the long Slovenian spring was that the opposition movement found doors into the institutions of the system...and the League of Socialist Youth was the main group which opened them. This group which united young people was originally created to mold the future pillars of the regime and, at first, the organization tried to hold back the punk phenomenon. But, when the League understood that opposing punk would pit it against the majority of youth, the League instead became the chaperon of the punk movement.

The artistic movements tied to punk quickly became the cultural platform of the youth League. In 1987, it was precisely this collaboration that gave birth to a scandal of colossal proportions. That year, it was Slovenia's turn to organize a youth conference involving the whole country. The organization of the youth conference was delegated to a group of artists who had the brilliant idea of modeling the promotional materials on the format of a Nazi poster, with the national-socialist symbols replaced with those of Yugoslavia. At first, people liked it, but when the truth came out about the source of the poster's inspiration, there was widespread outrage and Slovenia's political elite were accused of complicity. As in other cases, Ljubljana stood firm and the conference organizers, other than getting the requisite slap on the wrist, were not punished.

The League of Socialist Youth had collected under its umbrella a series of "alternative movements": the green movement, religious groups, pacifists. In connection with the youth and student organizations, the first gay rights advocacy organizations were also born.

All of these movements, which began to form in the beginning of the eighties, contributed to the democratization of Slovenian society. Slowly, embittered by economic and political crisis, the republics of Yugoslavia began to toy with the idea of independence.

In the second half of the eighties, the federation was in a declining state of upheaval. In Slovenia, politicians and civilians were convinced that they were not about to sacrifice their own autonomy on the alter of Yugoslavia, much less to satisfy the interests of the Serbs. The tension between Slovenia and Serbia worsened. Ljubljana did as it had always done in those years and based all of its actions on existing legislation.

In 1989, a series of constitutional changes gave the republic more autonomy and opened the doors to multi-party elections. The federation tried to oppose it, threatening military intervention, but Ljubljana hurdled down its own road.