The hill of stars 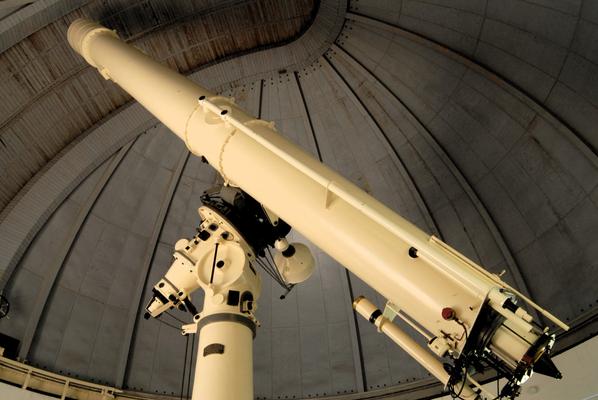 Belgrade's Astronomical Observatory, a jewel of modernist architecture, houses amazing instruments and magical stories, like that of a mysterious “comet seeker”. Today, the question is how to do justice to what once was a symbol of the city. An interview

In the nineteenth century, the inhabitants of Belgrade loved to go for walks and picnics on a verdant hill located just outside the city. They affectionately called it Baba Ružin kraj, Grandma Rosa's place. Between 1929 and 1932, on top of grandma Rosa's hill, the new Astronomical Observatory of Belgrade was built, designed by Czech-born architect Jan Dubový. Within a short time, the hill changed its name: it was called Zvezdara, the “home of the stars”. Over the years, on the flanks of the hill, an entire neighbourhood was built, which still bears the same name.

The construction of the Observatory was a large-scale urban design effort, carried out in harmony with the architectural trends and aesthetic styles of the era. Its pavilions, built to house state-of-the-art astronomical instruments, are a superb example of modernist rationality, but look like small Greek-Roman temples because of the friezes depicting mythological that decorate them.

Today, the Centre operates as a research centre, although with computers replacing the majestic, but now obsolete astronomical instruments. Now, however, the question is how to preserve the historical and architectural value of the entire complex, which is likely to succumb to neglect and oblivion. We talked to Jasmina Andonović, an architect who has worked on a project to develop the Astronomical Observatory on behalf of the Body for the protection of cultural monuments of the city of Belgrade.

What is the project about? What was your contribution?

The project aims to enhance the status of the Astronomical Observatory of Belgrade, which was declared protected cultural asset in 2001 The board carried out a survey of this architectural, urban, and scientific complex with the aim of promoting its status as a national cultural asset of high or very high value. We took care of the architectural as well as environmental (the surrounding park) and scientific (i.e., instrumentation) dimensions.

My role was to collect and classify the original construction plans, kept in the Centre's archive and in the Historical Archive of Belgrade. These are technical documents that complement each other, and that thanks to us have been brought together for the first time. We digitized them, and on the basis of this dossier we compiled a catalogue that includes as many as 165 projects and designs.

What impressed you most during your job in research and archiving? 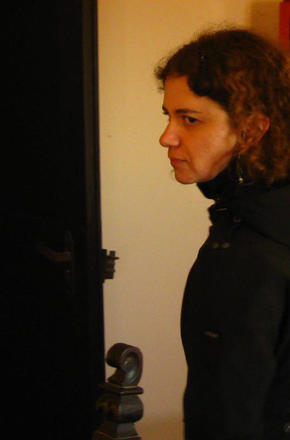 The place where the Observatory stands has something unique, perhaps because it is the highest point of Belgrade (253 metres) and is located just above the Danube. As an architect, I am struck by the way in which the function of astronomical observation was incorporated in the rationalist architecture typical of the Modern Movement, while maintaining a rich expressiveness. I mean, if on the one hand the instrumentation gave full meaning to the structures, on the other hand the architecture itself reached the pinnacle of its symbolic value. A perfect match.

As a researcher, I was excited to go back through the original drawings, the entire history of the complex, from the initial sketches to the final design. Equally interesting are the projects which remained unfinished. In these drawings, I find architect Dubový's great passion for functionalism, and I sense his satisfaction in being able to give a concrete shape to their visions. Then, I reflect on the fact that the Centre is the result of the joint efforts of two young men, architect Dubový and astronomer Mišković. It is thanks to their enthusiasm and dedication that such a grand project could be completed in such a short time.

The more you delve into the history of the Observatory, the more you understand the importance of the personal stories of the individuals who made it, who lived and worked there, and that, despite the difficulties of the time, did not abandon their path. And you learn to respect their efforts.

The Observatory houses extraordinary astronomical instruments. How did they get there?

The history of the equipment of the Observatory is as interesting as that of its construction. Inaugurated in 1891 – but in a different location – the Observatory was severely damaged during the First World War. Yet its founder, Milan Nedeljković, found the strength to start all over again, moved by who knows how much anger, but also a lot of enthusiasm. It was his idea to ask the new Yugoslav government, emerging victorious from the conflict, to buy new astronomical instruments from Germany as war indemnity. It was probably the only chance to re-start the Observatory, and Nedeljković was aware of that. The purchase of expensive, state-of-the-art instruments (with components produced by Zeiss and Askania) reflected the strong will of the new Kingdom of Yugoslavia to support scientific research.

The arrival of the instruments made it necessary to build a new home, paid for by the government. For the occasion, young astronomer Vojislav Mišković, that I mentioned earlier, was called back from France. Mišković was tasked with both designing a home for the new instruments and determining the most suitable location for the new facility.

It soon became clear that the resources lacked to assemble all the instruments, some of which remained in their package, waiting for better days. Five halls were built, while a sixth was erected on the roof of the Central Office. We must not forget that the installation of the instruments involved assembling not only the equipment itself, but also the rotating domes (also acquired as war reparations from Germany). In the case of the Great refracting telescope, which is still the fourth largest in the world, an impressive moving platform was acquired and assembled in addition to the dome. One of the tools, the Circle transportable meridian, was instead donated to the University of Zagreb.

What about the rest of the instruments?

The three 'fundamental' instruments (the Great meridian circle, the Great vertical circle, and the Great transit telescope) were only installed in 1958, upon the initiative of a team of Russian astronomers. One of these was destroyed in 1999, not by the NATO bombing, but as a result of a fire in an adjacent pavilion, where a Serbian army unit stationed. An equally grim fate has befallen the Great equatorial refracting telescope: installed in 2004 to observe the transit of Venus, it has recently been dismantled and removed...no one knows by whom.

Then there is the astrograph, a unique tool that enabled the discovery of nine recognized planetoids in the 40s and 50s. A few years ago, the pavilion was illegally occupied, and still its “tenant” does not let anyone in!

Finally, we cannot forget the two instruments which were removed already during the German occupation of Belgrade, 1941-1944 – the spectroheliograph and the so-called “comet seeker”. The latter is one of only three examples ever made and has a compelling story...

Can you tell us?

The “comet seeker” was assembled in a special pavilion on the roof of the Central Office. It is believed to have been carried away by the German army by virtue of the unique value it had for Hitler's then weakened army. The idea, apparently, was to use it for the construction of a special weapon. Since then, however, the traces of the “comet seeker” are lost, and we still do not know where it ended up. Some say, but maybe they are just rumours, that its packaging was found near Catania, in Sicily. There is also a legend about Jashek, the Viennese astronomer who oversaw its removal. Some Serbian astronomers met him many years later at a scientific conference, but apparently Jashek denied ever having set foot in Belgrade.

What does the Observatory do now?

The Observatory's scientific staff works within the framework of international research projects that focus on the kinematics of astronomical objects, active galactic nuclei, the models of stellar and galaxy systems, cosmology, astrobiology, binary stars, and solar physics. Moreover, a new telescope is to be inaugurated on Mount Vidojevica, in south-eastern Serbia. This project has a curious name: BELISSIMA (Belgrade Initiative for Space Science, Instrumentation and Modelling in Astrophysics).

Speaking of “Italian”, during one of my visits I met Giovanni, a young researcher at the University of Padova, who was in Belgrade to study active galactic nuclei. Giovanni was kind enough to give a short astronomy lesson for me and a group of “profane” friends. He explained that the brightness of certain active galactic nuclei, which are the “cradles” of new galaxies, is higher than it should be, and that this could be proof that even black holes emit light. It was really exciting to listen to him.

Today, there are families living in some of the buildings of the Observatory. Who are these people?

Astronomical observatories are usually built at a safe distance from urban centres, due to light pollution. In addition, the observation of the sky is often a night activity. For these two reasons, it is not uncommon for observatories to include structures designed to be inhabited more or less permanently by the staff. The Observatory of Belgrade is no exception. In the late 20s, its location was considered periphery, being 6 km from the city. It is obvious, therefore, that architect Dubový included in his planning the construction of apartments for astronomers as well as administrative staff and technicians.

Over the years, the city of Belgrade has expanded, incorporating the Zvezdara hill and gradually depriving these structures of their original function. In the 90s, the conditions were created for the apartments inhabited by astronomers and their families to be purchased at very affordable prices, making it private property. This opened the way for their subsequent sale to outside purchasers.

However, the arrival of the new inhabitants, complete strangers to the original community, has led to the deterioration of the housing facilities. In some cases, the architectural qualities have been lost altogether. That is why it is urgent to reflect about the future of such a special complex, which is located – let us not forget – in a very attractive location.

What is the value of the Astronomical Observatory of Belgrade for the city? And what are the plans for its future?

Time and social transformations have left a deep mark on the Observatory. Its functions have partially changed. Much of the astronomical instrumentation is operational, but unused. Finally, the people who live there have no connection with the original impetus that led to the construction of this huge complex eighty years ago.

The research we carried out enabled us to appreciate the unique, extraordinary cultural value that the Observatory has for Belgrade and Serbia. Yet, there are no concrete plans for its future. We could say that it symbolically remains there, suspended above Belgrade, isolated on top of the hill that hosts it.

Today we are faced with the complex challenge of sustainability, a word often overused, which at least in this case finds a clear, concrete meaning. The answer to this challenge could be the transformation of the museum, something which has already been discussed. In this regard, we must ask ourselves what museums are for today. I am convinced that a future museum of the Observatory will serve not only to bring us closer to the time of its construction and preserve its scientific and technological achievements, but also to revive our relationship with its primary function. To teach us to see through time, exploring the past, and through space, raising our eyes towards the stars.