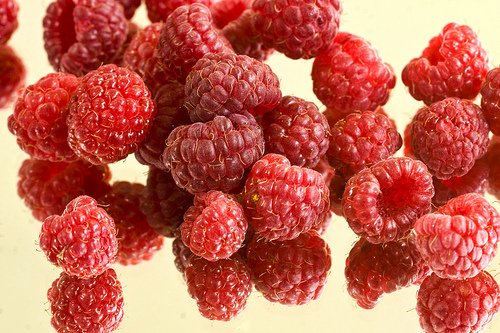 Although not exactly famous for it, Serbia is one of the biggest world producers and exporters of raspberries. This trade, which held out even during the Nato bombings now faces the new challenges of globalisation

Last year, Serbia was the world’s largest exporter of raspberries. It exported around 63.000 tons, earning 200 million USD. Its traditional competitor, Chile, was ranked second with around 35.000 tons. The two countries are regularly the world’s strongest raspberry exporters, and among the largest producers globally, together with Russia, the United States, Poland, and Germany. Overall global raspberry production is estimated to vary between 460.000-500.000 tons per year.

In Serbia, raspberries are cultivated on about 15,000 hectares. The area of Arilje in Šumadija is Serbia – or possibly even the world -’s raspberry capital. It has intensive plantations, high yields per hectare (up to 30 tons, compared to the country’s average of 6 tons/hectare), and undisputed quality.

In addition to being one of Serbia’s largest exports, the raspberry is a strategic product for other reasons. Most of the revenues from its cultivation flow back into the country’s hilly and mountainous areas where this delicious fruit is produced, thus the raspberry is essential for Serbia’s rural development. Harvest seasons can employ up to 200.000 workers. It has also proved to be a very stable export: its production has never declined, even during the year of the NATO bombings and the periods under sanctions. In difficult times, it has been a precious source of foreign currency, luring large companies from other sectors, which needed foreign cash for their imports, to enter into the raspberry trade themselves.

In Serbia it is usually grown in small family plantations (around 0,3-0,5 hectares on average) and it is said that this type of scale also contributes to its quality. As a business activity it surely contributes to well-being and household economic security in the countryside.

Its good price on the international markets is one of the factors that makes it attractive. The price can vary between 0,80 – 1,30 Euro per kilo for the frozen product, whereas the fresh fruit can be up to three times more expensive. The price naturally depends on the global demand and the yields of the other major producers. If Chile has a bad year, the price in Serbia also rises.

In the SeeNet II Programme, two thematic areas include some attention to the quality of agricultural production: the enhancemente of rural areas and the environment and support to SMEs and transborder cooperation. The regions leading these themes are respectively Piedmont and Friuli Venezia Giulia.

Most of Serbia’s raspberries are exported in frozen form (around 95% of all production goes for exports). Exporting them fresh would strongly improve revenues, but many structural problems go against Serbian producers. These relate to the country's shipping and logistical capacity, for example. The fresh raspberry must reach the final consumer within a couple of days from the moment it is hand picked in the Arilje plantations. This is not an easy task given the conditions in the region. It does in fact not only depend on the dexterity of the private sector, but also on public administration.

Experts’ proposals on possible strategic directions for Serbia’s 'red gold' include strengthening exports of fresh fruit, diversifying raspberry varieties and prolonging the harvest season. The latter which could be achieved by using green houses (which are a huge investment). Others also suggest a greater focus on the production of raspberry extracts which can achieve excellent prices on international markets.

In addition to their simply sublime taste, raspberries are also said to have medicinal properties that significantly contribute to inhibiting the growth of a number of forms of cancer cells, as well as certain types of bacteria, etc.

Some experts argue that Serbia’s raspberry production already had its peak in preceding decades and that now, due to the age of the plantations, its production is declining. Aleksandar Leposavic from the Fruit Research Institute in Čačak, does not agree with this. Earlier this year he told the Serbian daily 'Politika' that the “Serbian raspberry is without competition” globally. He is convinced that the 'malina' (Serbian for raspberry) will continue to thrive and beat its international competitors.

Recently there has been a scare in Serbia regarding the possibility that the Serbian 'malina' could be banned from the EU markets due to the high quantities of pesticides used in its cultivation. Serbian media in fact cited Rajko Garić, phyto-pathologist, who publicly announced that some raspberry shipments (very small amounts, such as a couple of hundred tons) had been returned recently from the EU markets due to high pesticide levels.

According to Dragiša Terzić from 'Vilamet', an association of raspberry producers in Serbia, this only concerned shipments which were falsely declared as organically grown. This labeling is in fact only strictly allowed for products grown on land that has been chemical-free for 20 years, the media reported.

Authorities in charge of food safety are reassuring in affirming that, since Serbia’s new law on food safety was passed in 2009, no returned 'malina' exports have been reported. According to the new legislation, the safety of the product is the responsibility of the producer. The debate has nevertheless resulted in strengthened phyto-sanitary checks on Serbia's exports.