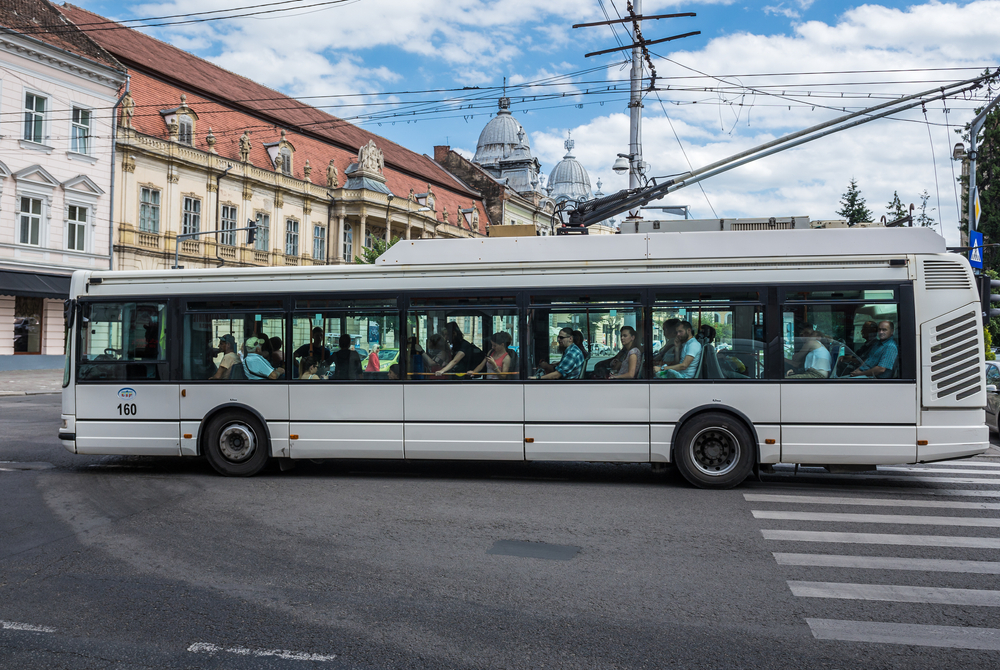 A cable car in Cluj-Napoca - © Fotokon/Shutterstock

In Romania, Cluj-Napoca is one of the cities that have most believed in European planning, investing most of the funds in sustainability and new technologies

It starts with a street, then many other places in the city. In 2020, thanks to EU funds, the municipality of Cluj-Napoca created the country's first "smart street", characterised by attention to ecology and the use of new technologies.

Molnar Piuariu street takes its name from Ioan Piuariu-Molnar, who lived between the 18th and 19th centuries. He was Romania's first surgeon and taught medicine at the University of Vienna, but he was also a philologist and translator – an eclectic, out-of-the-box personality.

The street dedicated to him is located in the Marasti district, not far from downtown. After the renovation it now features a sensor irrigation system, four spots for charging electric cars, 30 for charging bicycles and scooters. The benches are equipped with USB sockets and wi-fi is free. Public lighting is also smart and set for energy saving. In addition, 48 new trees were planted. There is now more space for pedestrians and a cycle path has been designed.

Of course, for now it is only one street, but it can be an example to encourage citizens to use non-polluting means such as bicycles. The costs were approximately 1,200,000 Euros.

The local administration has proposed to implement all public transport through non-polluting means in order to make Cluj-Napoca a "green city" by 2026. Currently about 50% of public transport is electric: electric cable cars, trolley buses, and buses. With 100 million Euros from European funds, the city has activated as many as 35 projects for the modernisation of transport. The vehicles are purchased from Astra Imperio, a Romanian company in the city of Arad, west of the country.

At the end of last year, the local city council also approved the feasibility study for a new project: the construction of a light rail about 21 km long, with 19 stops. "It is designed for the benefit of future generations", announced mayor of Cluj Emil Boc. The Cluj metro is expected to be ready within ten years. This project is also financed by European funds, with an investment of around 2 billion Euros.

But "how important is the EU for the city of Cluj-Napoca?", a local newspaper  asked in the spring of last year.

Then answering: "The European Union is extremely important for Cluj-Napoca because it is the tool that the local administration uses to develop opportunities in favour of the quality of life of its citizens, but also to bring Cluj into the ranking of the most developed cities in Europe". "For every leu (national currency) paid by citizens in taxes and duties, the local administration manages to attract 3 of European funds", said mayor Emil Boc. The mayor himself recalls that in the last 4 years the value of projects completed with European funds has exceeded 224 million Euros, while those currently in progress  move over 180 million Euros.

The municipality of Cluj-Napoca also provides citizens with over 250 online services. In recent years this city has become a hub of innovation and for start-ups, winning many awards, including first place for "smart city" in the Emerging Europe awards last year, while Emil Boc was designated "Mayor of the Year" in the 5th edition of the "Smart City Industry Awards".