North Macedonia and migrants, a story of solidarity 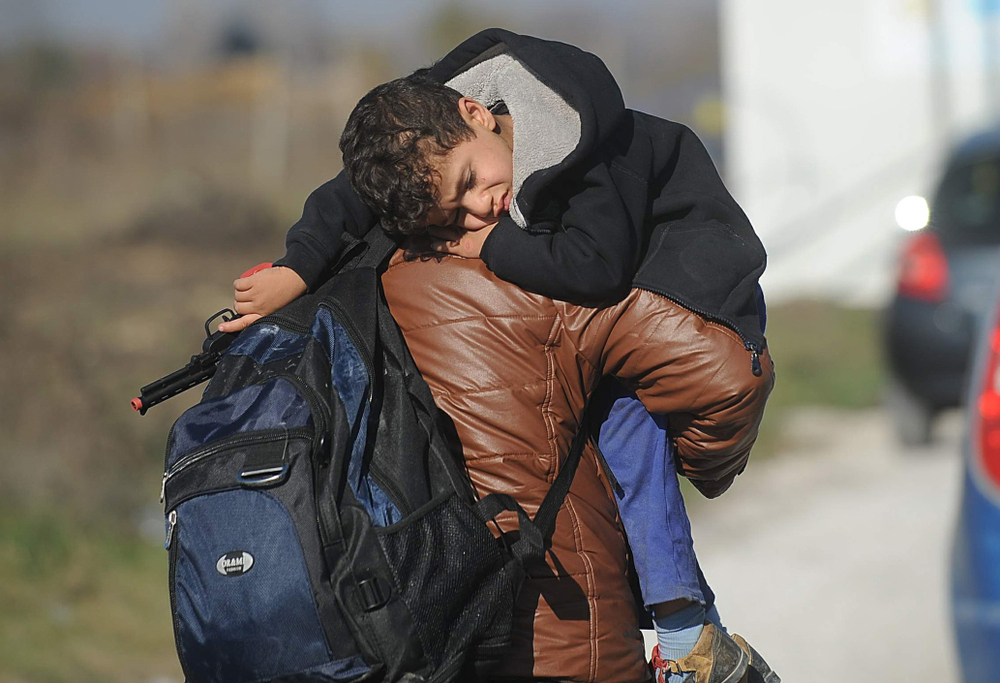 On the "Balkan route" in North Macedonia - © Kiro Popov/Shutterstock

In recent years, thousands of refugees and migrants have crossed North Macedonia towards the heart of the EU. Many received help from Lence Zdravkin, who transformed her home in Veles into an oasis of solidarity and comfort

Lence Zdravkin, a 54-year-old woman living in the city of Veles, has become known for helping refugees on their way to Western European countries for over eight years. Thousands of refugees from Afghanistan, Syria, Iraq, and other countries, who entered North Macedonia from Greece, continue their journey following the railway, which they know will lead them out of the country to the north and to their destination. The house of the Zdravkin family is located along the railway line in Veles, so that is how Lence started meeting the refugees.

Veles is 110 km from the Greek border. The first refugees passed through the city around March 2013, and Lence started giving them some food and water. These people had been walking for hundreds of kilometres, so they were hungry, exhausted, and with torn shoes and clothes. In her numerous media interviews, Lence explains that at first she only watched them from her living room. First, they went in groups of 10, 20 to 50, but then in 2014, at the height of the Balkan migrant route, hundreds of people passed by the railway and her house.

"I gave them water, tea, sandwiches, home-made meals, we shared everything we had at home with them. But when they reached hundreds, I could not buy water, so I filled bottles with tap water, baked bread, and the like. I also helped them with bandages and medicines. I even stopped working at my husband's local television station. People in Veles understood me, but some did not support me. But how do you react when you see a father with three children barely moving? Or a grandmother with grandchildren? At that moment, nothing is important to you but to help them, at least with a piece of bread and a glass of water", explains Lence, who also gave migrants clothes.

She says that they have adapted an auxiliary building from their house so that there is a place for some of the refugees to rest and sleep. There were children who woke up after 18 hours of sleep.

After some time, Lence's mission was known throughout Macedonia, so help began to arrive. People and companies sent clothes, food, water, medicine, diapers. In 2015, Lence also started receiving assistance from the UNHCR.

"Since then, it has been easier for me to help migrants. I remember that the first major aid from the UNHCR at the beginning was two tons of water and food, and if there was a more difficult case, I had the opportunity to ask their team to come for help within 24 hours. The Food Bank and many other organisations got involved and everything became easier", Lence explains.

This story, in addition to being shared by many media outlets around the world, is also a potential screenplay for a film. She says she has many stories and memories, of babies as well as a 102-year-old woman from Syria.

Since the Balkan route was shut down in March 2016, refugees and migrants have kept entering the country illegally in an attempt to reach Europe. Although they are in small numbers, in 2021 there are still people walking towards Germany, France, or other countries. There were cases of migrants crossing the border with smugglers, so they were left without money and had to continue on foot.

Some used freight trains, but disembarked in search of food if they passed through a city. Some times the police took them back to Greece, but some crossed the border 10 or 15 times in order to reach the countries at the hearth of the European Union.

However, there were also tragic moments when migrants lost their lives along the railway. In 2015, as many as 14 refugees died on the railway line where they stopped to rest and sleep, and were hit by a passing train. Lence also helped with their funerals: they are now buried in a common grave in Rashtani, not far from Veles, where their tombstones were erected, with no names or surnames. Families have contacted her in the hope that they will find the bodies of their dead relatives through DNA tests.

“You are part of our family”

Lence sometimes manages to keep communicating with some of the migrants when they reach a certain country. They thank her and send photos, to show her they have reached the desired destination safely.

“They showed me their Facebook profiles, photos: some used to live lavishly, but they came here hungry and barefoot. And I cannot explain how much gratitude they expressed for the help given. They often say – you will always be in our prayers and you are part of our family, we will always remember you fondly, we will remember Macedonia fondly", says Lence.

For her humanitarian work, in 2018 Lence received the state award “Mother Teresa”, awarded for significant achievements in the field of human solidarity, for promoting mutual understanding and developing cooperation between peoples and members of different communities, cultures, and religions. She was awarded in Skopje’s Parliament on 26 August, the date when Nobel laureate Mother Teresa was born.

"I learned a great lesson from the refugees: that we should appreciate what we have. Let us not quarrel on social networks, let us not spread hatred. I do not need to have ten shirts or ten pairs of shoes. I realised that a small glass of water is worth living for. People are dying for it", Lence says.