Mind the Gap: Micro Enterprises and ICT in Macedonia 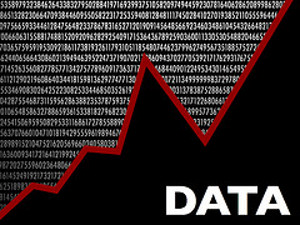 ICT is fundamental for enterprise productivity. In Macedonia, statistics on its use are weak. For an effective government strategy a much more accurate data collection system is needed

In Macedonia, some of the most 'ICT-innovative' and 'ICT-backward' companies are microenterprises. Only it is difficult to say which are which, as the government apparently cannot count them.

There is a consensus that ICT is a strong factor of enterprise productivity. Hence governments devise policies to promote ICT in the business sector. Such policies should be based on precise measurement and analysis of specific enterprise needs.

This is something which in Macedonia obviously lacks. There is an interesting gap in the data on the use of ICT in the microenterprise sector in the country. This points to a the rather disappointing conclusion that big talk, mostly by government officials, about the strong progress in the digitalisation of the Macedonian economy is void of any scientific rigor. But then, why should that surprise anyone.

Just about anyone knows that “SMEs are vital for the economy”. This template has been repeated till exhaustion. It has been used so many times and in such general ways that it has come to mean close to nothing. It can still, however, serve as a programme for political parties.

Although the acronym stands for small and medium-sized enterprises, it also includes the so-called microenterprises, that is, companies with less than 10 employees. Lately the term MSMEs has also come into more frequent use whereby the first “M” stands for micro.

The latest release by the Macedonian State Statistical Office (SSO) on the use of ICT in the business sector, of September 2010, offers relatively good and comprehensive data on a range of aspects concerning the use of ICT by Macedonian companies. For example, the release includes data on the number of computers, the rate of Internet access by type, the presence of intranet, extranet, LAN, etc., the use of EDI, HML, enterprise resource planning (ERP) software, customer relationship management (CRM) software, use of web pages, and so forth.

In this sense, the conclusion that the situation regarding the use of ICT in businesses in Macedonia is “not bad”, however, can only apply to the share of the Macedonian business sector which stretches beyond the space occupied by microenterprises. And that share is rather small.

In other words, 92,7% of the Macedonian business sector is composed of microenterprises. For this substantial part of the Macedonian economy there are no relevant official data concerning any aspect of ICT use. Available data and analyses only refer to the remaining 7, 3% enterprises.

Such lack of accurate data and research makes it impossible both to devise sound national policies as well as develop effective programmes for promotion of ICT in microenterprises.

On the other hand, some of the most ICT-innovative enterprises in the country are also microenterprises. The 'YES' Business Incubator in the capital, Skopje, for example, hosts and supports ICT companies of young people that do amazing things in all sorts of fields, ranging from IT telephony, to Android applications, making complex e-trade software, etc.. Moreover, almost everything they do is exported and they all are, with no exception, microenterprises.

A government which says it supports SMEs should also support such enterprises. The Macedonian government, for example, in its Programme for the Development of Entrepreneurship, Competitiveness, and Innovation of SMEs in 2011, allocated 1,050,00 Denars (around 17,000 Euros) to supporting business incubators. Even the smallest monuments (not to mention the big ones which cost millions) in Skopje cost at least 10 times more. It is nevertheless a start. In order to do more, an effort needs to be made to accurately measure the state of ICT use in a much greater percentage of the country’s enterprises. Only then could a specific strategy start to be considered.