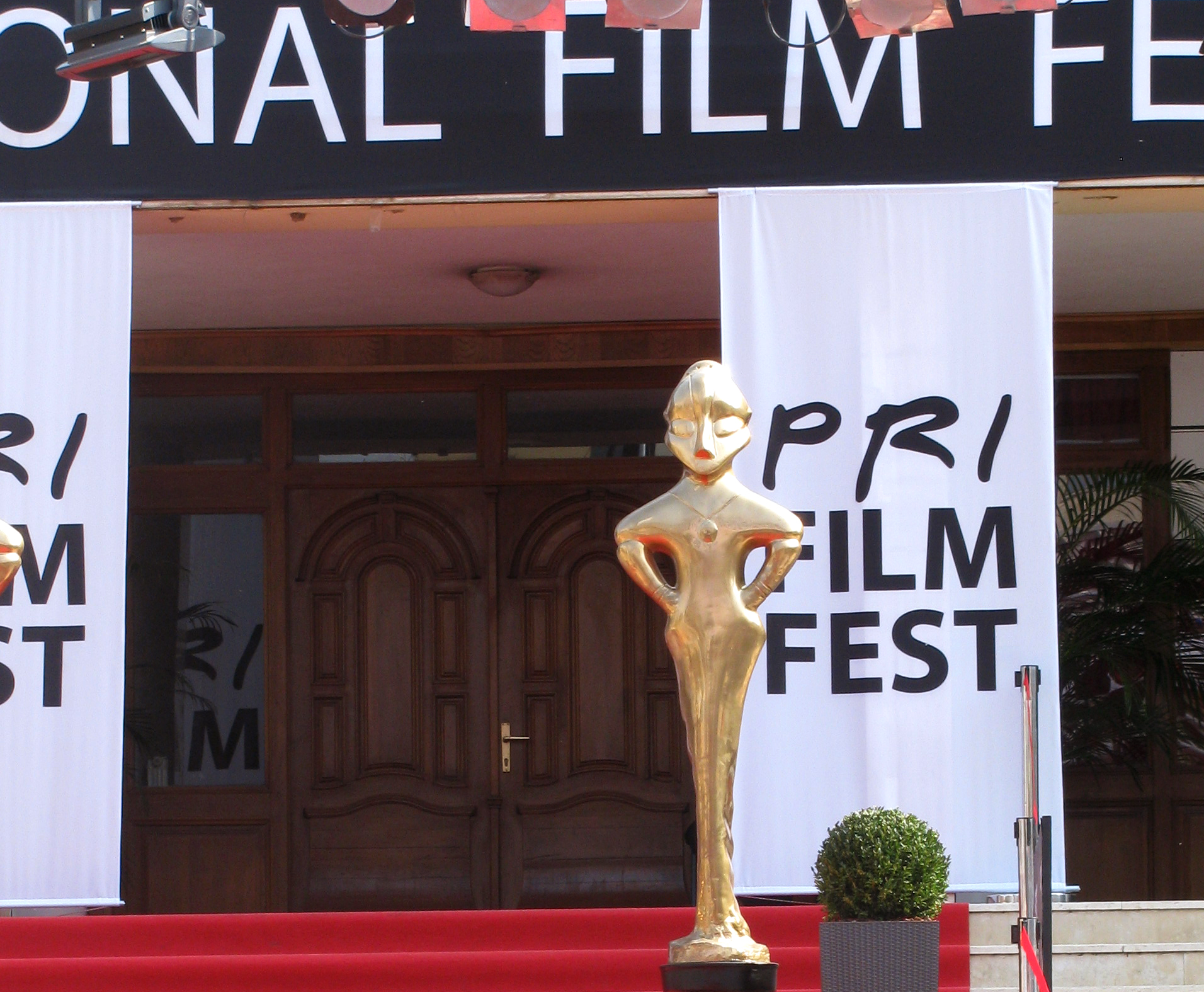 Glamour and red carpets, together with international star Vanessa Redgrave, characterised Pristina's first film festival. The goal? To launch the Kosovo brand on the international scene

Famous British actress Vanessa Redgrave, invited to serve as the president of the jury, was the media headliner during the PRI Film Fest, held from 22 to 30 September. For the first time in Kosovo, a movie star presented a film festival. Redgrave, who won a Golden Globe and an Oscar in 1977, is the most famous actor to ever descend on Kosovo.

The PRI Film Fest seeks to rebrand the international image of Kosovo with glamorous images such as the red carpet beneath the Golden Goddess statues - the official festival prize.

"The beginning...", was the slogan of the first edition of Pristina's film festival, inspired by the famous quote from the movie Casablanca: "This is the beginning of a beautiful friendship." Already, the festival has gained many international friends.

The festival director, Vjosa Berisha, says Kosovo has yet to host events to shift media attention away from politics. "Pristina and Kosovo welcome the cultures of the world and this is very important for the brand of a new country," says Berisha, while explaining that movies from the Balkans, Germany, UK and Afghanistan were among ten selected for the competition.

Aida Begic's Snow from Bosnia and Herzegovina won the first edition of the PRI Film Fest. It can be seen as the best reward to the country to which the new Pristina festival seems to owe so much. "We look up to the Sarajevo Film Festival, which has branded the city internationally," Berisha points out. "We have the same ambition to transform Pristina into a place that reflects the good image of the people that live in it, and to a city that breaths with the festival during the days of the event."

PRI Film Fest is not the first film event to be launched in Kosovo. Currently, the country has five active film festivals that have emerged gradually since 2002. The most famous is the short film and documentary festival - Dokufest, traditionally held in August in Prizren. In this year's edition, the well-established Dokufest had 184 documentaries, shorts and animated films in competition from 36 different countries.

"The festival is extraordinary for being so broad, well-crafted, incisive and also brave," said one of this year's participants, UK artist and filmmaker Phil Collins. He notes, "Not only does it bring the best shorts and features from the festivals I've been to this year - the Berlinale, the Edinburgh Film Festival, Rotterdam Film Festival - but it has strands and programmes that promote national and Balkan film to a local and international audience."

Hosted by the beautiful town of Prizren, Dokufest includes a variety of events, including open-air cinema. A cinema on top of the main city river was introduced for the first time in the 2009 festival.

Other festivals, though, are facing major difficulties to survive. For example, an event established in 2003 to honour the victims of terrorist attacks in New York, the Nine Eleven festival, did not receive any institutional financial support in 2009, after failing to document its expenditures to the Ministry of Culture.

The new PRI Film Fest was created with high ambitions. Among other goals, it intends to promote the welcoming nature of Pristina's inhabitants and their desire to be recognised for their culture and values and not only for the everlasting memories of the recent conflict in Kosovo.

Unfortunately, though, the festival could not promote domestic film production. No Kosovar productions were in competition on Pristina's screens, since not a single movie has been produced in Kosovo in the last two years.

In its first edition, the PRI Film Fest was able to screen only a one feature film produced in Kosovo, "Across the Road" by Yll Citaku. However, the, a production was filmed in digital camera format and thus that failed to meet the criteria to enter the competition, having been filmed in digital camera format. The authordirector, who struggled more than five years to complete his film, confirmed the difficulties faced by filmmakers in Kosovo. "It is impossible to focus at a time when you are in a struggle for your existence," said Citaku, adding that he co-runs a video production company as his day job.

An award-winning producer for his short film "Should I stay or should I go" in the first edition of Dokufest in 2002, Citaku says that society in Kosovo is sinking in apathy, including the cinema community. He argues that this community must raise their voice and be more active in starting projects and productions, in order to provoke more support from institutions.

Cinema's status quo was debated by filmmakers during the PRI Film Fest. The event introduced new forums for attracting media interaction. Throughout the city, discussion were held between competitors, media, and the audience, as well as when presenting the cast to fans.

Kosovo filmmakers agree that lack of money causes the production drought. The Kosovo Cinematography Centres' annual budget of 300,000 euros per year represents the only financial resource for all cinema projects in the country, including fiction and short movies, documentaries, animated and kids movies.

No one, however, raises the issue that since its establishment in 1973 the Kosovo Academy of Arts has not owned moviemaking equipment.

The movie market in Kosovo is thought to be only a couple of million euros. The most profitable end of the market are pirate DVD dealers, who can offer the most recent Hollywood productions for as little as one euro - even subtitled in Albanian.

Throughout Kosovo, very few cinemas operate properly. Ferizaj (Urosevac), a city with more than 70,000 inhabitants, does not have a single cinema. Peja (Pec), the main city in western Kosovo, has a restored and well-equipped cinema, but it operates only for commemoration events or in pre-election campaigns, when political parties use it for rallies. In Pristina, the last remaining "ABC" cinema hosted an estimated 30,000 visitors per month in 2008.

PRI Film Fest immediately made its point clear in its first edition. A Hollywood star introduced the event; but most importantly, a debate began on how to end the drought of filmmaking in Kosovo.

Nevertheless, the best review for the film festival will be when it begins serving as a bridge of cooperation between domestic and foreign filmmakers who will start telling the Kosovo story to the world.