Festivals bring the world to Kosovo 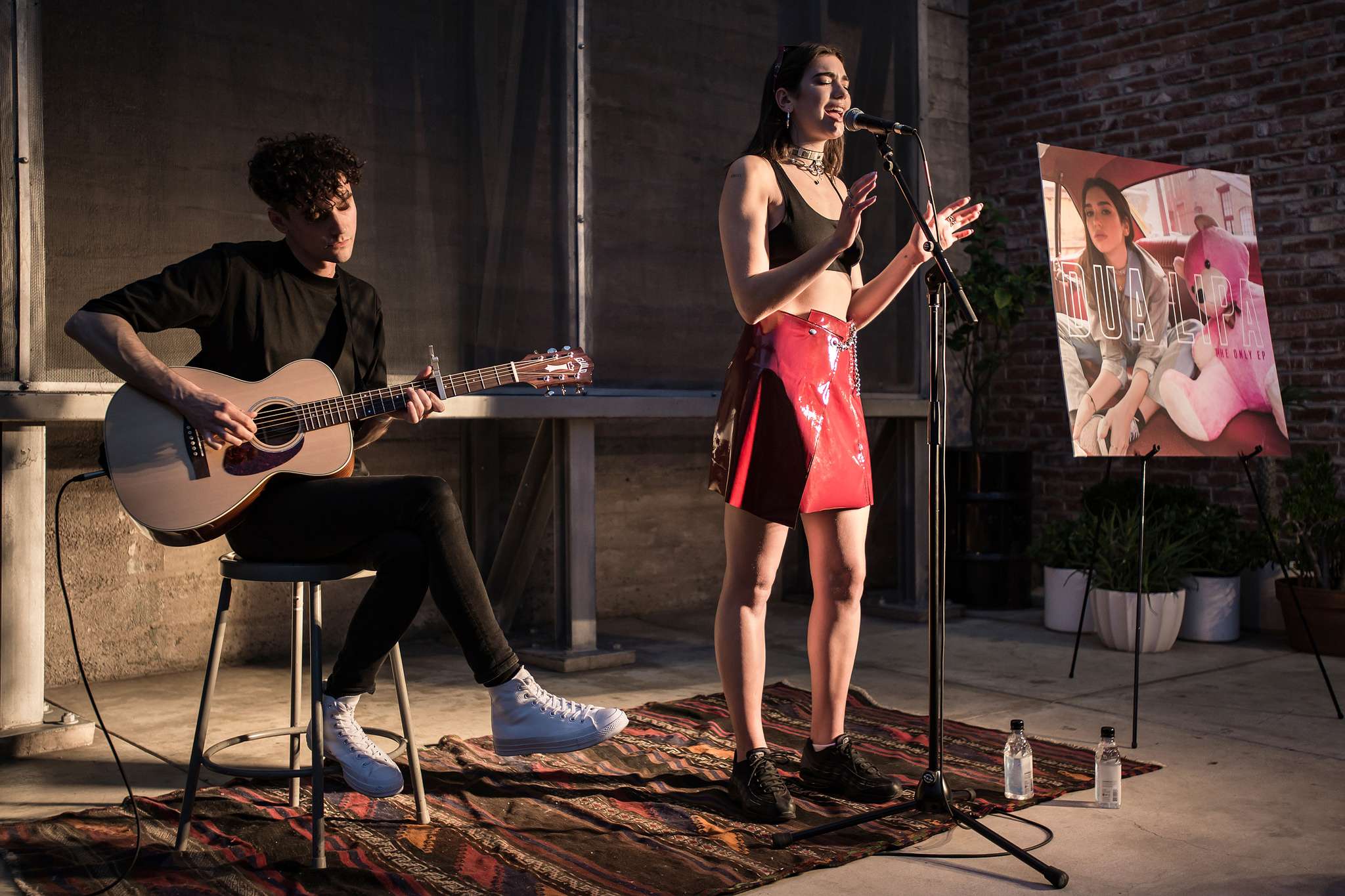 Music festivals and cultural events: this summer Kosovo has seen many initiatives meant to promote the country abroad and provide new inspiration to its young population, which remains the most isolated in Europe

Kosovo is overwhelmed by political scandals, corruption, high unemployment, and – probably the most annoying for "the youngest Europeans" – isolation from the rest of Europe.

And yet, like in the rest of the Balkans, citizens have no expectations for the political class to do anything about it. Kosovars' only joy is to listen to world-renowned singers – and, from this point of view, Kosovo is pretty lucky, since some of “its” girls and boys are breaking the world charts. While politicians appear not to care about people's feelings, the artists’ community does.

Right in front of “Hotel Grand”, a typical grey socialist building, a massive billboard still reminds of the music festival that took place in Prishtina, the capital of Kosovo.

Two of the three stars who performed in Prishtina's “Sunny Hill Festival” are of Kosovo-Albanian origin: British pop singer Dua Lipa and Action Bronson, the NYC famous rapper. Both decided to join the festival to entertain thousands of people in Kosovo.

In fact, Dua’s father, Dukagjin Lipa, initiated such a large-scale festival in Kosovo because he wanted to put the country on the global map not only for conflict and political scandals, but to show the world that Kosovo youth can be as talented and inspired as their peers in any European country. His daughter is a perfect example: thanks to songs like “New rules” and “One kiss”, she has managed to reach global fame in the last years.

Dukagjin told the Guardian: “We want to show the world a very different image of Kosovo”, and actually the Sunny Hill Festival proved that the country has embraced Western cultural values. The festival featured Dua Lipa and many other famous performers, including one of the world’s top DJs, Martin Garrix, who entertained thousands of youngsters from Kosovo and neighbouring countries, in the National Park of Germia, near Prishtina.

Many people who hashtagged Sunny Hill Festival described the event as an unforgettable moment in their life. “It is insane to have this kind of atmosphere here”, said Rozafa Maliqi, 24.

“One time for my hometown”, Dua Lipa wrote on her Twitter account before she headed on stage. “With your help, we manage to do great things and succeed worldwide”, she said in Albanian (her mother tongue) while performing.

“Live your life” and “Are you up for progress?” were the slogans of this festival, and Sunny Hill was just one of three big cultural events that took place in Kosovo over one month.

And while some Kosovo youths managed to climb the world singles charts and even got to sing at the closing event of the Soccer World Cup, other Kosovo artists made the world media with an unconventional, yet successful film festival.

The International festival of documentaries and short films “Dokufest” had its 17th edition this year. This festival, that takes place in the old city of Prizren, was created in 2002 by a small group of friends against all odds, in a place that had no infrastructure. It started with only 20 documentaries and, 17 years later, counts 260 films and brings to Kosovo filmmakers, film industry workers, and art lovers from different countries.

Dokufest has become a meeting point for people throughout Balkans, but also for the Kosovo diaspora.

”Since we can’t go to the world, we bring the world here”, says Nita Deda, director of the festival, adding that these stories show us the world beyond our borders. Moreover, the political tensions between Kosovo and Serbia didn’t stop Serbian filmmakers from coming to Prizren and presenting their films. “Dokufest does for us what politics is failing to do, because these festivals help to open channels of communications”, says Deda.

Julian Mährlein, a German photographer, was a DokuPhoto’s special guest this year. He unveiled an exhibition that featured series of portraits of young Kosovars, as Mährlein tries to address the misrepresentations of a misunderstood generation.

Through previous visits to Kosovo and friends from the region, Julian identifies the most apparent inner conflict for young people in the impossibility to travel freely. “Through photography he might be able to offer young Kosovars a hand, to give them the stage or space to show their identity to European society, which knows so little about the potential of the youngest nation in Europe”, writes Kosovo 2.0.

The 10th edition of the Prishtina Film Festival took place from July 17th to 22nd. This initiative started at a time when the country was building its institutions and heading towards independence.

Film schools were producing filmmakers, and the film community was getting larger. “After the declaration of independence in 2008, we thought that the momentum was perfect to launch a proper international film festival”, says festival director Vjosa Berisha.

A decade later, the PriFest has become a serious film even, that helped build up a small film industry in Kosovo. The Balkans are in the focus, but not only. Films from Serbia were screened almost every year and occasionally won awards. Also films from other countries that have not recognised Kosovo have been screened at PriFest. For example, Tunisian middle-length film “My shoes” won the Best Film Award and got big coverage in Tunisian press. The same happened with Bosnian or Spanish films, says Berisha. “We believe that film festivals are places where cultures meet, where collaboration and friendships begin”, she adds.

Each year, the Prishtina Film Festival manages to bring to Kosovo's capital some prestigious names of the world cinema scene, including Vanessa Redgrave, Stephen Frears, and Paul Haggis. “These guests are very important, and they play a big role in promoting not just the festival, but also Kosovo internationally", says Vjosa Berisha.

On the international scale, their opinions matter much more than any political resolution or initiative. This year, Vanessa Redgrave called for the international community to end the visa regime for Kosovars – this was worth more than hundreds of calls and TV ads from politicians.