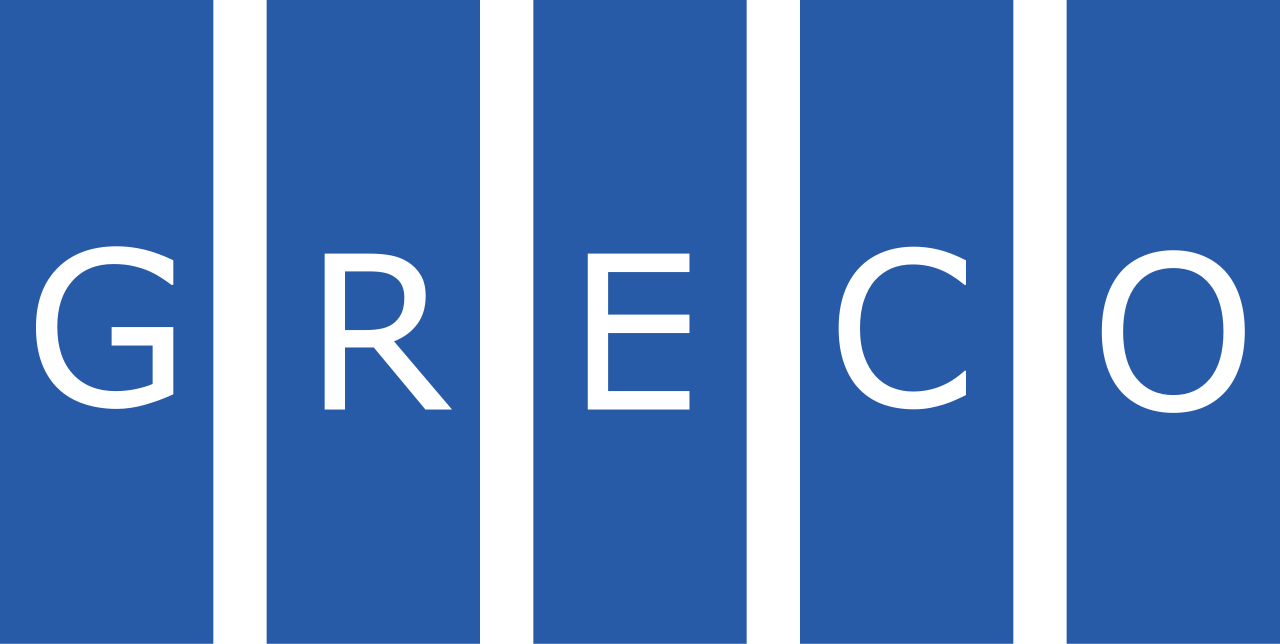 Transparency in party financing allows to prevent corruption. GRECO (Group of States Against Corruption) is a Council of Europe body monitoring the compliance with international standards by member states. Since 2013 Italy has started a series of reforms going in the right direction, but some recommendations have still to be implemented (but the so called "bribedestroyer" law has not been evaluated yet. The executive secretary Gianluca Esposito told us in particular that we need an holistic approach allowing know in a simple way how election campaigns are funded. And we also talked about foreign donations.

GRECO is the Council of Europe's (CoE) anti-corruption body. Our job is to monitor compliance with and the effective implementation of the CoE anti-corruption standards and norms by our 49 member states: the entire European continent, 48 states from Iceland to Russia, from Turkey to Portugal, including Belarus, which is not a member of the Council of Europe but is a member of GRECO, plus the United States.

In some reports you have dealt also with party financing – why?

GRECO was created in 1999, 20 years ago, and works by thematic evaluation cycles. The first two monitoring cycles lasted 5 to 6 years. They were almost basic cycles, so we checked the compliance of national laws with international treaties, national criminal laws and procedures, national institutions against corruption: a simple but fundamental monitoring, in the sense that this is the basis of the fight against corruption, but it has mainly been a compliance monitoring, "tick to box".

From the third cycle of evaluations onwards (we are currently in the fifth evaluation cycle), we have begun to deal with the issue of corruption in the political system and therefore the first point we have dealt with was that of the transparency of the financing of political parties and election campaigns. At the time, we are talking about the mid-2000s, it was a novelty because few international organisations were dealing with the issue and few states had a national regulation on the transparency of the financing of political parties. The reason for the interest is quite evident because no organisation, no state is immune to corruption and therefore it is important that political representation bodies such as political parties have a system of transparency that allows corruption to be prevented. The purpose of transparency measures is primarily a preventive purpose. Transparency is key to accountability.

The fourth and fifth cycles that are currently underway continue this logic. The fourth monitoring cycle dealt with the issue of preventing corruption of MPs, judges and prosecutors (that are both magistrates in Italy, but separate categories in many countries). The fifth evaluation cycle concerns the prevention of corruption in central governments and police forces. When I talk about central governments I refer to the highest offices of the state and all the executive power of a country, so we remain in the field of preventing political corruption.

What are the main recommendations regarding party financing?

A premise: when we do these monitoring activities, we formulate specific recommendations for each country. However, these recommendations are based on the standards that the Council of Europe and its member states set. In this case, the Committee of Ministers of the CoE has adopted Recommendation No. R (2003) 4 on common rules against corruption in the funding of political parties and electoral campaigns which dictates the general reference framework on the basis of which GRECO’s, country-specific recommendations are subsequently adopted.

Our main recommendations are first and foremost the need for transparency on the origin of the funding, so making sure that the political parties and the various candidates in the political elections, make the sources of funding known to the public. We tend to be against anonymous donations. Another part of the recommendation concerns control, hence the need for independent monitoring of the financing of political parties and electoral campaigns, which must also naturally have a sanctioning power.

These rules apply to both public and private financing. Of course it is simpler in the case of public funding because it has a fairly secure transmission channel. More complex and therefore more important are the rules on transparency of private financing.

Any specific recommendation to Italy?

GRECO works by thematic monitoring cycles, therefore Italy, like all the other European countries, has been subject to this monitoring which concerns, among other things, the issue of financing political parties. The first report on Italy on this matter was adopted in 2012. When we adopt an evaluation report, we give the state 18 months to implement the recommendations. After these 18 months we prepare a compliance report, in the sense that we verify the extent to which our recommendations have been implemented, and this is a process that is repeated more or less every year until the country has adopted a certain percentage of our recommendations.

Since this initial evaluation in 2012, there have been a series of compliance reports that we have adopted in respect of Italy. The monitoring cycle on this issue is not yet concluded because there are still recommendations that need to be implemented by Italy. At the end of this year or early next year we will adopt another one: we have received updated information from the Italian authorities, but I cannot talk about this yet – only about the 2018 report .

The Italian situation is interesting, but it is not unique in Europe. Italy, starting in 2013 when these reforms were launched also in other European countries, began a series of reforms that go in the right direction. It is not a question of political affiliation, because these reforms have crossed various governments and different political seasons at national level.

These reforms have brought about a series of important changes in the Italian system. Effective abolishment of public financing in 2017, general ban on anonymous donations, lowered disclosure thresholds, upgraded sanctions. These are all positive improvements. Some issues remain pending, which is why we asked Italy to provide additional information by March of this year. At the end of last year and at the beginning of this year there were several reforms against corruption in Italy. These reforms concern both the incrimination of corruption and the issue of financing of political parties. One of the things we have recommended is the need for a holistic approach to the publication of campaign funding. Holistic approach means that there must be a way for the citizen to know in a relatively simple and meaningful way how election campaigns are funded. This holistic approach is still lacking. Also with regard to supervision and control we have formulated recommendations that are not yet completely implemented.

However, the trend is certainly positive, so I hope that, in the next compliance report, these measures will be implemented.

Another part of recommendations that has not yet been implemented concerns the issue of coordination between the various bodies that deal with national and local control and supervision. In Italy there are several bodies dealing with overseeing political financing: the Committee for the Transparency and Control of Financial Statements of Parties and Political Movements, the Court of Auditors and, at local level, the Regional Electoral Guarantee Boards. What is important for us is to see how this whole complex system works in practice and if it is orchestrated in a way that makes it easy for citizens to access information and for control to be effective.

So, the so-called "bribedestroyer" law has not yet been evaluated, has it?

It will be among the next things we will evaluate. We have provided a report at the level of the preparation of this bill, but it was an ex ante evaluation. We have not yet made an ex post evaluation because we will do so precisely in this next compliance report in the coming months.

And what about foreign funding?

Our standard is very clear and is provided by art. 7 of the 2003 Committee of Ministers recommendation. Our rule is that states should restrict, prohibit, or otherwise regulate all donations received from foreign donors. I do not enter into the specific question of Italy, nor into ongoing investigations, or the national political debate, but it is a general question that concerns many of our member states, and it is important to ensure that the standard is implemented in full by all our member states, including Italy.

In any case, even if they are allowed, must the principle of transparency be valid?

Absolutely, yes. The principle of transparency is fundamental because it is the best way to support corruption prevention and accountability. Prevention is key as we need to stop possible situations of corruption before they happen, because once a situation of corruption has occurred everyone has actually lost: society has lost, the problem has already occurred.

So we need journalists, activists, and citizens to actually see the information that is made public thanks to transparency, otherwise we haven't really solved the problem, have we?

Absolutely, yes. Clearly this is why the holistic approach that enables easier access for anyone interested in political parties and electoral campaigns financing is something that is still being implemented in the Italian system and on which we will continue to insist.
Ideally prevention works, but if it does not, then there is the control and sanction phase which is equally important. They are two sides of the same coin.

You spoke about the various bodies that control party budgets and funding. Does GRECO necessarily recommend that there be a single body?

No, we leave this to the assessment of each state, because out of 49 members the state structures are so different, from federal states like Germany or the United States to ones like France that are more centralised. What we ask, though, is that there be a system that works, and we verify it in practice. The monitoring by GRECO is not only a formal compliance monitoring, but we also see how in practice these standards are implemented. A system like the Italian one, with all the organisations we talked about before, can work, but it needs to be properly coordinated. A centralised system is one possibility, but it is not the only one, because for example a centralised system is rather ineffective in a multiple-layers state structure.