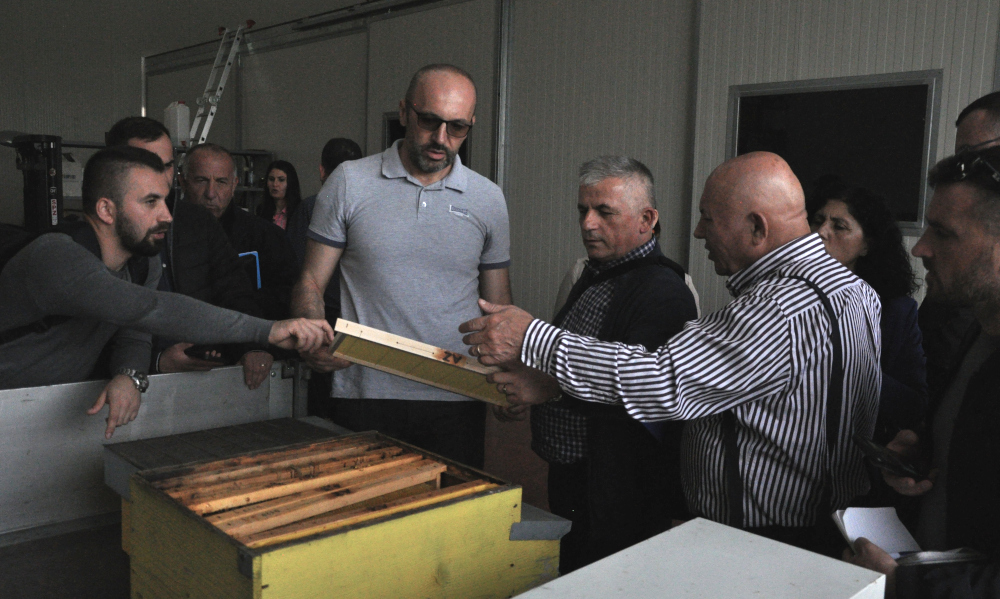 RuralAlbania, a project to support small agricultural producers in northern Albania, started in September. It follows up on strong preexisting relationships, and one of the first initiatives was a study visit

Around Reggio Emilia the fog almost seems to protect the freshly turned earth in view of the winter. The countryside is still, except for a few rare tractors with their harrows. Brunhilda observes from the bus window: “I'm not really used to it, it's different at home, the mountains are high, the fields fragmented. It's my first time in Italy”.

Brunhilda is just under thirty years old. She is part of ADAD , an Albanian organisation comprising hundreds of farmers. She has been in Emilia Romagna for a week together with colleagues from other organisations and associations that deal with rural development and with the representatives of local and national bodies that support the agricultural world in Albania.

Puke, Kukes, Diber are some of the rural centres in northern Albania, the heart of the RuralAlbania  project. It is in the context of this project – funded by the Italian Agency for Development Cooperation  – that the visit is taking place. The Reggio-based NGO Volontari nel Mondo RTM  is the leader, and the Emilia Romagna  Region and CIA-Agricoltori Italiani  also collaborate as well as numerous Albanian subjects.

"In the context of the Rural-You  project, I am a local development agent, a link between young people in the area and the associations involved in the project. In RuralAlbania I will take care of the services for the farmers who are members of the trade organisations involved. In my work I like to be in contact with young people. It's not always easy. I knew many people because I worked for the municipality for a few years, but in remote areas it is not easy to gain the trust of people. In Diber we are a very active group of young people who are involved in local development. Some work in the tourism sector, others in the public sector. A path to become certified local guides brought us together. The territory of Diber has a lot of potential, I didn't see it at first, now I have it very clear. Many tourists, especially Albanians, come for the thermal waters. And then there is Mount Korabi, the highest in Albania with its 2764 metres. This year many, especially foreigners, came for the trekking routes it offers. My professional dream? I would like my work to help change things and give young people the opportunity to stay. And who knows, maybe in ten years I could become mayor of Diber”.

"The purpose of this week's visit is to understand the functioning of the so-called CAA-Agricultural Assistance Centres of the CIA – which with its 40,000 members is among the main organisations in the agricultural world in Italy – and to visit some major farms in our area", says Francesco Gradari, Balkan area manager at RTM. “The project started in September. After suffering the Covid restrictions period, we immediately set off with a series of visits to Italy and Albania. For us, exchange and the creation and strengthening of relationships between territories are fundamental”, he explains.

In Reggio Emilia, Brunhilda and her colleagues met national CAA manager Pasquale Plicato and Piedmont CAA manager Giovanni Allasia at the Cloisters of San Pietro, recently recovered with a wide-ranging architectural project. “We explained how we assist our farmer members in all the practices in particular related to the Common Agricultural Policy – explains Giovanni – I also wanted to share the experience of our mountain farmers, whose situation is closest to that of farmers in northern Albania".

The meeting brings many questions and exchanges between people who practice closeness to the agricultural world on a daily basis. "We don't export models, but we believe in the importance of sharing good practices", explains Alberto Sartori from Friuli, who has been working on rural development projects in Albania on behalf of RTM for over 4 years: "the idea is to structure and enhance support for farmers – especially women and young people – which some farmers' organisations with twenty years of experience are already doing in the north of the country".

The insights into the Italian reality inevitably lead the group to reflect on the Albanian agricultural system which is in a phase where relations and connection structures between the central government and individual farmers, especially in less accessible areas, are yet to be built. It is an open construction site, with the ferment that can be perceived when something is being built.

Hafuz Domi and Sabah Djaloshi, respectively presidents of ADAD and Agropuka  – the two partner organisations of the project – stress the crucial aspect of being close to the farmers, having their trust, and thus being a key interlocutor with the territories. Merita Deda, from the Ministry of Agriculture, for her part recalls the opening of regional offices precisely to this end, while Evelina Azizaj, who coordinates the ANRD  network – which involves most of the Albanian civil society organisations dealing with sustainable rural development – highlights how the support system for the development of agriculture cannot do without an overview of the rural world.

Brunhilda's story proves her right. Originally from Diber, in northeastern Albania, after studying geography in Tirana she found herself faced with the choice of whether to return to her region of origin or stay in the capital. “During my studies I had no doubts, I wanted to stay in Tirana. Then I saw my graduate friends who couldn't find other jobs than shop assistants. It wasn't what I wanted. I returned, for a municipal job and a path to become local guides together with other young people". And it is precisely these young people – focused on promoting tourism in their territories – who have become real community animators and are now involved in the RuralAlbania project. They will be the contact link between trade organisations and individual farmers on a daily basis. "My dream in 5 years?", says Brunilda. "To be a game changer, to contribute to radically changing things".

Ambitious enthusiasm in a reality that remains difficult. Many young people from northern Albania are still forced to emigrate, and the phenomenon has even worsened in recent years. "After all", explains Evelina Azizaj of the ANRD network, "some rural contexts, especially in the mountains, completely lack even basic services". She says she recently met some families who were forced to send their children to boarding school at the age of 6 so that they could attend elementary school. “They told me that education is essential. I too have two small children, but why should a crucial right, such as that of education, imply such a dramatic separation? It's so painful...". 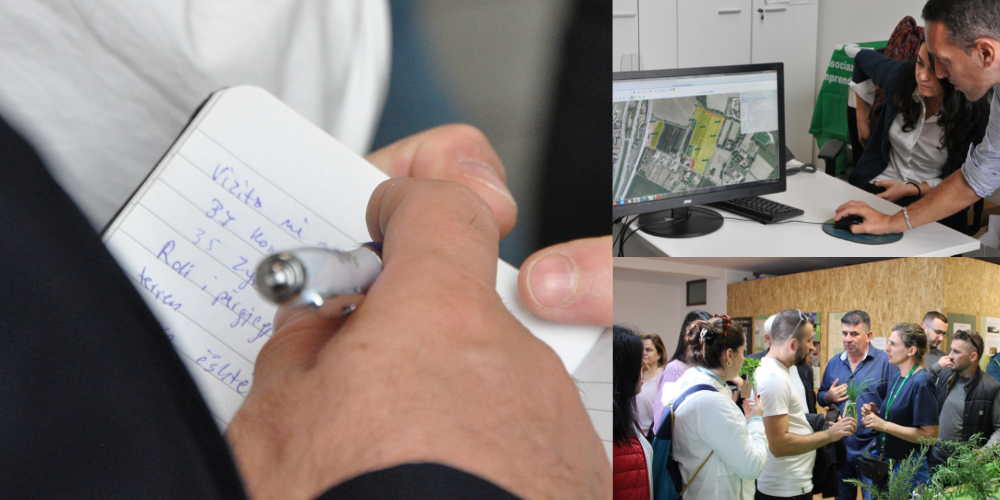 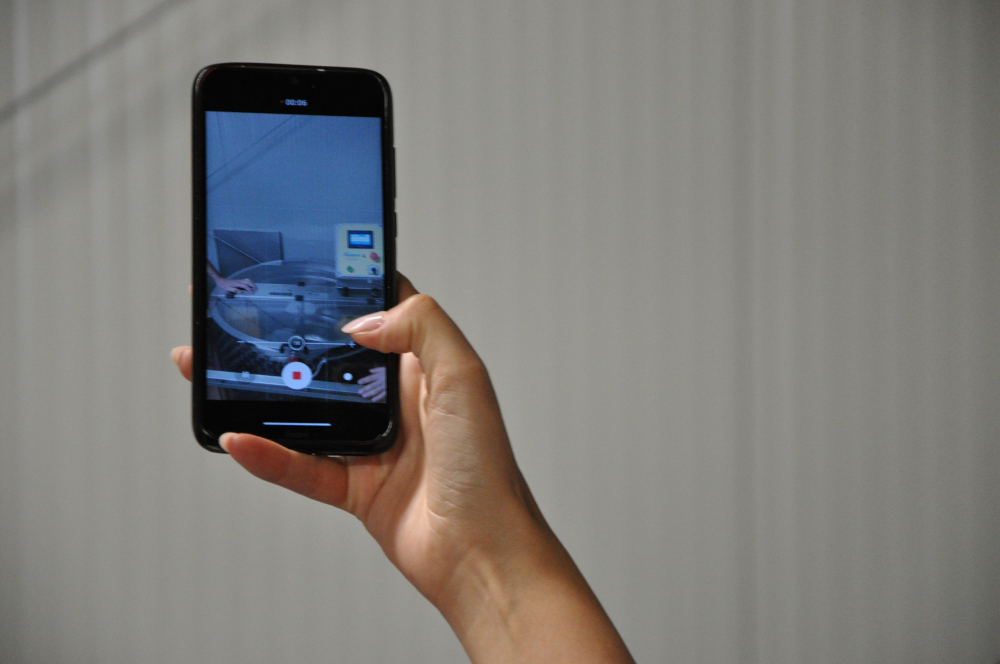 Davide Zambelli, owner of a beekeeping company in the Reggio area, also has two children. For some years he combined the beekeeping activity with an employee job. “I wanted to make sure it produced enough income to support the family. Then, when I realised that it could be done, I switched 100% to bees".

Davide's is one of the CIA associated companies chosen for the visits. “Their experiences can be significant for this group,” explains Francesco Gradari. It is no coincidence that many are in the Apennines, although Davide awaits us a few kilometres from Reggio. “Here the materials are stored and the entire manufacturing process takes place. The hives, more than 300, are then brought, depending on the period and the blooms, from the plain up to the Apennines". There are many questions, from pesticide treatments against varroa to the manufacturing process, the prices of organic honey, and sale methods. It is no coincidence, many in the rural areas of Albania have at least one hive and production is also expanding commercially. "The production of honey is traditional in the north of the country", explains Alberto Sartori, "particularly in recent years they have supported groups of beekeepers in the Puke area and beekeeping is becoming a fundamental element in supporting their income". While the frames of the hives pass from hand to hand, there is also talk of paths for organic certification and European aid. Davide Zambelli's company has in fact obtained European funding for the purchase of a lot of equipment. “An important aid”, he explains, “that allowed me to structure my business”.

Europe often comes up during these visiting days, after all agriculture is a sector heavily regulated at the Community level. In the Albanian group there is full awareness that the development of agriculture goes hand in hand with the process of approaching the EU. "The Italian experience with respect to the Common Agricultural Policy is relevant and RuralAlbania is important for setting up a number of services for the benefit of Albanian farmers", explains Cristina Chirico, head of the CIA Internationalisation Office, who in recent days, together with Francesco and Alberto, joined the group in the study visit. "There are numerous funds available", adds Evelina Azizaj, "and there will be more and more in the future, in particular through the IPA instrument. We need to be able to make the most of them". The network she leads, for example, has been directly involved in recent years in the implementation of the Rural-You  project. Financed with European funds, it is aimed at improving the participation of young people in the social, economic, and political life of rural communities in north-eastern Albania, especially in the remote areas of the regions of Shkoder, Kukes, and Diber. It is also thanks to this project that Brunhilda has committed herself to her local area.