Musical Dialects of the South Caucasus 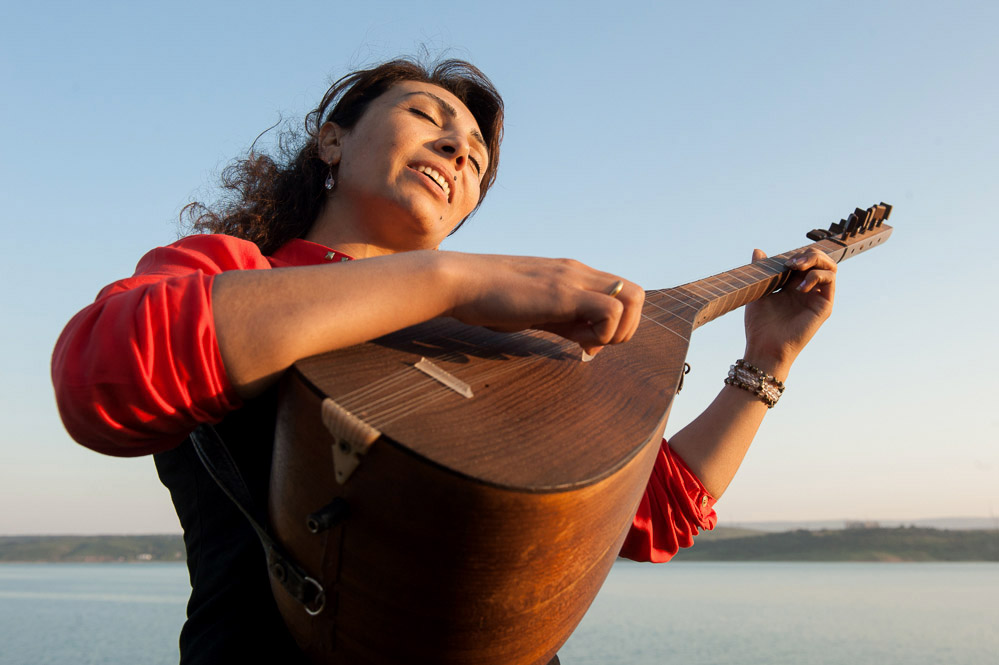 Funded by a Kickstarter crowdfunding campaign, three students from the United States and Gibraltar are researching and recording traditional music in the South Caucasus to make it available online

The two farmers standing barefoot outside their vegetable enclosure close to Georgia’s border with Dagestan meant well, but the wine they offered tasted like vinegar. Likely to put a grimace on the face of any foreign visitor, it did at least become more bearable with each additional glass. For the Sayat Nova Project, a team of two Americans and one Gibraltarian, the homemade beverage was an interlude to work documenting the diverse musical traditions of the South Caucasus. The farmers, members of the small Moslem Avar minority in Georgia, were reluctant to let their guests go, but the latter had work to do.

Funded by a modest online campaign, the Sayat Nova Project comprises Ben Wheeler, an ethno-musicologist, Anna Harbaugh, a historian, and Stefan Williamson-Fa, an anthropologist. The three students had hoped to raise $2,000 to record majority and minority traditional music in the region, but instead collected over $3,000. The project is named after the 18th Century Armenian troubadour who wrote songs and poetry in Azerbaijani, Armenian, Georgian, and Persian. Given Sayat Nova’s richly diverse cultural credentials, it seems only fitting that the project took his name. 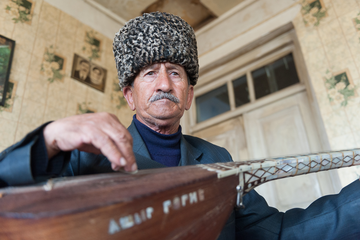 The photo-story The folk music of the South Caucasus

Indeed, with the entire Caucasus populated by a diverse ethnic and religious mix, more than 50 ethnic groups speak languages from 5 linguistic families while Christians – Catholic, Apostolic, and Orthodox – live alongside Moslems – Sunni and Shia – and smaller groups practice Judaism and Zoroastrianism. This diversity is particularly evident in Georgia and especially Tbilisi, its capital, where Wheeler, Harbaugh, and Williamson Fa are based.

“One thing we discovered with the online campaign is that the community of people studying music in the Caucasus is very small and also very close. Even across academic discipline, everyone appreciates the work others are doing. That helped in terms of promotion and networking,” Wheeler told Osservatorio. “I don’t think we could have done this project based anywhere other than Tbilisi. This was the place where all these cultures really mixed and you can still see that today.”

“Much of the existing work concerning the folk music of the South Caucasus has been concerned with the study of musical traditions on a national scale, focusing on the attributes that make it distinctly Georgian, Azerbaijani, or Armenian,” Wheeler wrote in a brief academic paper shared on Facebook. “But this focus on the national, or the music of the majority, needs to be supplemented with a parallel focus on that of the minority: smaller ethnic groups and musical traditions that are an integral part of the cultural mosaic of the South Caucasus.”

The Ashiq tradition – wandering minstrels in much the same way as Sayat Nova was – particularly fascinates Wheeler and his colleagues. Indeed, he explained to Osservatorio, it was a chance visit to the mainly ethnic Azeri-inhabited town of Marneuli and hearing the local Ashiqs there that gave birth to the idea behind the Sayat Nova Project. “We had a fascinating recording session,” he says, “and Stefan and I started talking about all these interesting phenomena that haven’t been studied. There’s no information yet there needs to be something so we started talking about collecting it all on a web site.”

“We discovered there had been a specific ‘school’ of Ashiq music in this region of Georgia and we found it interesting that this unique tradition hadn’t been recorded, with next to no information available in English,” Williamson Fa adds before Harbaugh interjects. “There had been studies,” she says, “but it was all done by the Soviets and since independence the emphasis on preserving these unique cultural traditions, that are really specific to these small ethnic groups, has declined.”

“The minstrel or bard tradition now closely associated with the music of Azerbaijan was at one time a pan-Caucasian musical tradition,” Wheeler explains. “In the 17th-18th centuries, professional multilingual ashiqs circled through urban centers such as Gence, Shemaxi, Yerevan, Tbilisi, and Derbend serving as conduits for news, ideas, music, and culture. As Ashiqs settled in the mountains of the lower Caucasus, distinct regional schools developed which absorbed a great deal of local musical and verbal lore.”

The Sayat Nova Project was particularly fortunate to find two such Ashiqs in Georgia that represent the diversity to be found even here. The first, Ashiq Garib, a 75-year old resident of Algeti, an ethnic Azeri village in the Kvemo Kartli region of Georgia, was particularly important. Serving as the main teacher of most of the saz players in the predominantly ethnic Azeri region on the border with neighboring Armenia, Ashiq Garib considers the tradition in Georgia is more melancholic than that to be found in Azerbaijan, where it is more light-hearted and entertaining.

At the other end of the musical spectrum, however, Ashiq Nargile represents another example of the musical form recognized by UNESCO in its list of Intangible Cultural Heritage. A young, female saz player and poetess, Nargile Mehtiyeva illustrates how, even in traditional and often patriarchal culture, women can take a prominent role. The young ethnic Azeri Ashiq also teaches saz to students, including Wheeler and Williamson-Fa, at Tbilisi’s State Conservatory. Wheeler performed with Ashiq Nargile to end a saz festival held in Georgia in May.

“Breaking away from some aspects of the tradition yet holding tightly to what they consider essential, it has been through their ability to seize on the innovative nature of the genre that they have been able to pull it successfully from the Soviet to the contemporary era,” wrote Anna Oldfield Senarslan in an academic paper, Azerbaijani Women Ashiqs and the Transformation of Tradition. Research such as that will also be curated and shared by the Sayat Nova Project alongside the project’s recordings.

But the focus is not just on ethnic Azeri musicians in Georgia.

After also recording Armenian, Georgian, Kist, Avar, Tush, Bats, Kurdish, Iranian, and other musicians in Georgia and Armenia, the Sayat Nova Project traveled to Azerbaijan in June to record minorities there. “It is my opinion that one of the most unique qualities of the South Caucasus is the abundance of different peoples with their own cultures sharing components of a common history,” concludes Wheeler. “If we can elevate these musical dialects to the same level as national music, the resulting map will be richer, more detailed, and better representative of musical culture in the region.”

“We're not going to stop any wars with this site but we want to create a place where people can have a conversation," he told the Georgian Times recently.  Indirectly, however, there is at least the hope that people living in all three countries of the South Caucasus will recognize what they have in common and respect what they don’t. Given the frozen conflicts in the region, as well limited support for minorities since independence, that task is likely more important than ever.

---
The Sayat Nova Project has a Facebook Page with links to blog posts, audio recordings, and video from their work in the South Caucasus at: http://www.facebook.com/SayatNovaProject .