The art of slow travel 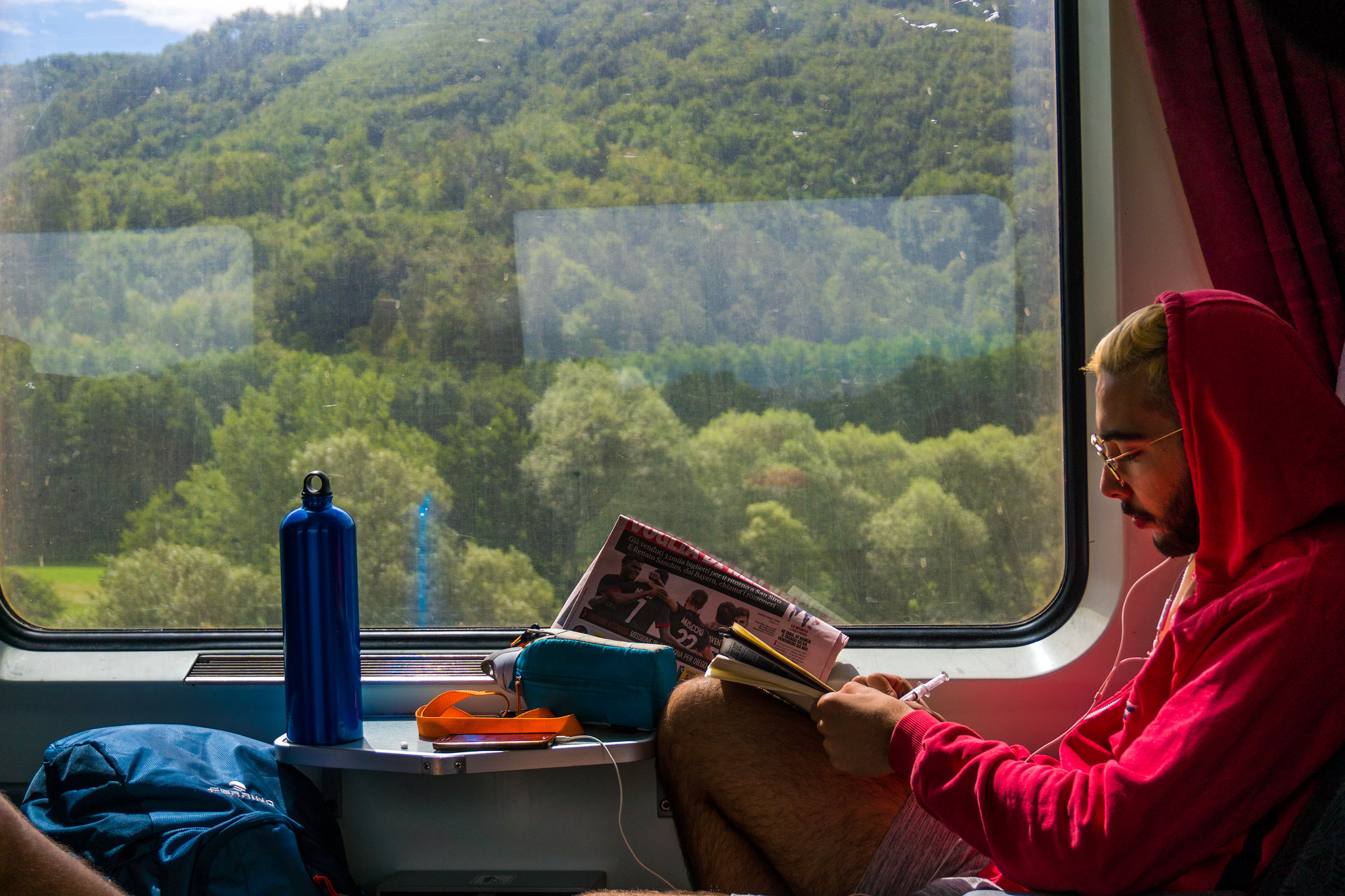 It was 1972 when the first 87 thousand Interrail tickets were issued by rail companies in various European countries. Today, forty-seven years after its foundation, more than ten million people have chosen Interrail

(This article was originally published by Internazionale within the EDJNet project.)

Especially in Summer – whether at some remote station in Lapland, an azulejo tiled station in Portugal, or a station in one in one of Europe’s major art cities – weary-looking backpackers are a common sight. They likely have an Interrail ticket in their pocket, which allows European citizens of all ages to travel across Europe via rail.

It was 1972 when the first 87 thousand Interrail tickets were issued by rail companies in various European countries. Today, forty-seven years after its foundation, more than ten million people have chosen Interrail. This is the Interrailer community, or travelers who have decided to explore part of the European continent under the banner of freedom and slowness, sustainability and thrift.

“Interrail was introduced almost half a century ago, on the occasion of the fiftieth anniversary of the International Union of Railways, as an offer for people under the age of twenty-one”, explains Simona Clerici, spokesperson for Eurail, which manages Interrail tickets. “The pass was valid for unlimited second-class journeys for one month and was tested for a limited period, but given the success it was decided to keep it. At the time, there were twenty-one countries participating, now there are thirty-one. There are no longer any age limits, and with an extra fee you can travel first class”.

The Interrail ticket, like Erasmus , has acquired strong symbolic significance over time. It’s not just a practical and ecologically-friendly way to travel, but also a deeply transformative experience, a way for Europeans to get to know the continent and strengthen their cultural identity. So, why not make Interrail a right for all young Europeans? With this question in mind, Martin Speer and Vincent Immanuel Herr, activists in Berlin, created #FreeInterrail , a campaign aiming to promote the culture of travel among young people in the name of European integration.

As Speer explains: “After traversing fourteen countries by Interrail, one evening in Vienna we were dining with author Robert Menasse and we said: ‘All Europeans should have the opportunity to experience such a transformative experience’. Why don’t we go to the European Commission and propose that all European citizens be given an Interrail ticket when they turn eighteen? So, we decided to launch a grassroots campaign, and in 2018 the European Commission launched a project based on our idea.”

Thus, DiscoverEU was born, an initiative which allows EU citizens turning eighteen to receive a free Interrail pass. “The project was greeted with enthusiasm by young Europeans. Since it began, we have distributed fifty thousand Interrail tickets and received almost 275 thousand applications”, explains Nathalie Vandystadt, spokesperson for the European Commission. According to data collected by the European Commission , Italy leads the countries most enthusiastic about the project, with 27,000 applications, followed by France (14,000), Britain and Spain (around 7000).

Such was the success of the project that in May 2018 the European Commission – just a year before the European elections – proposed to allocate 700 million euro to DiscoverEU in the 2021-2027 budget, with the same aim of rendering mobility a right for all, not just those who can afford it . “If the European Parliament and the Council approve the proposal, an additional 1.5 million eighteen year olds are expected to take an Interrail trip in the next seven years. For the moment, all we know is that there will be another application round before the end of 2019”, explains Vandystadt.

At the heart of the project is the idea that to feel truly European it is necessary experience European travel firsthand and be able to appreciate the historical, cultural and scenic wealth of the European regions. “The European identity cannot be constructed without fully appreciating one of its guiding values: diversity. Currently, around 190 million European citizens have never left their country of origin. The European Union should give this opportunity to all of these people”, explains Martin Speer.

Meanwhile, train travel seems to be thriving in European cities, and not just in Sweden, where there is widespread negativity about the environmental impact of air travel (Swedes talk of flygskam, literally “shame of flying”). In the rest of Europe too the demand for more responsible tourism is on the rise. In the last five years there has been an increase in train passengers (flight passengers, however, have also increased, due to the growth in low cost airlines).

With trains, you can avoid the annoying queues and security checks in airports, stretch your legs during the trip, and look out the window at the changing landscape. From the little yellow train of the Pyrenees, to the railways of Cinque Terre, from the view of the fjords from Bergen to Oslo or the route from Belgrade to Bar in Montenegro, there are many rail routes in Europe which merit special attention . Interrail isn’t just a ticket to travel 250,000 kilometres by rail, but a gateway to a culture of responsible, comfortable, European travel.