From Sicily to Greece, a dream on pedals

Cycling in the city: Ljubljana takes inspiration from the Dutch model 26/02/2018 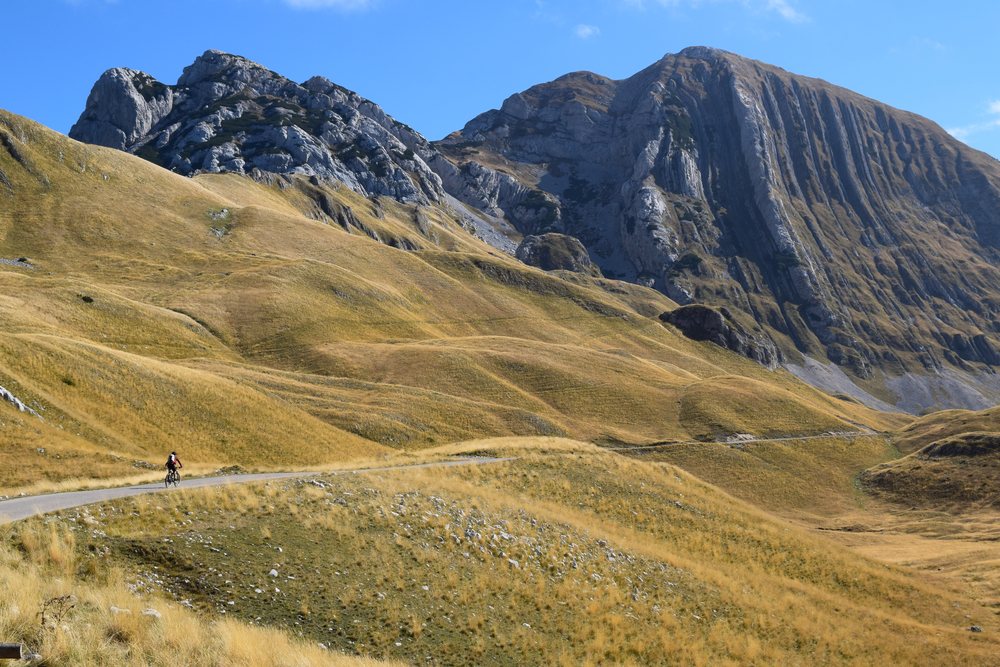 The EUSAIR macro-regional strategy has approved a project for the construction of a bike route that will cross all the countries bordering the Adriatic-Ionian basin. It will be called Adrioncycletour and will integrate the bike paths of nine European countries into a single network

The promotion of slow, sustainable tourism is one of the main objectives of EUSAIR, the macro-regional strategy involving four European Union countries (Italy, Slovenia, Croatia, and Greece) and five enlargement countries (Montenegro, Serbia, North Macedonia, Albania, and Bosnia and Herzegovina).

One of the projects ready to start in this area is the Adrioncycletour, a route along the Adriatic and Ionian Sea that will allow tourists and citizens to move from one city to another in a sustainable and safe way, thus strengthening the integration of the regions and countries involved and encouraging the discovery of those places, often forgotten by mass tourism as they are outside the traditional circuits.

But there is more to Adrioncycletour: it is an opportunity for strengthening regional cooperation in a framework – EUSAIR's – which offers advantages in terms of inclusiveness and horizontality, as we underlined in a recent study carried out for the European Commission. 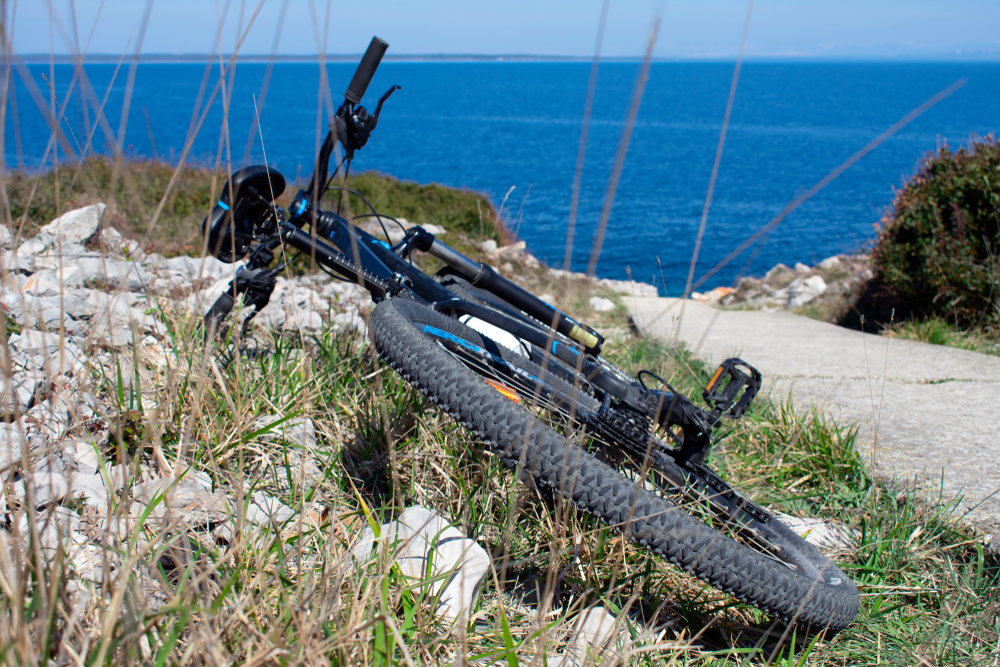 On the island of Losinj, Croatia - © Darac / Shutterstock

Adrioncycletour will create a network along the coast and a series of branches that will allow to reach even the regions and countries that do not overlook the sea. However, the implementation of the project will be complex due to two types of problems. The first challenge is to design and build safe bike paths where there are none and to ensure maintenance and compliance with safety standards for existing ones. The second, perhaps even more complex than the first, is to connect the existing bike paths. To do this, it will be necessary to conclude agreements between local authorities, regions, and countries.

In Italy, the project overlaps five of the ten already planned tourist cycle routes of national interest, offering a great funding opportunity for completing and ensuring the safety of the bike routes of Magna Grecia, Pugliese Aqueduct, Adriatica, Venice-Turin, and Trieste-Lignano Sabbiadoro-Venice. The latter will act as a hinge with Slovenia, where at least two cycle paths are involved: Parenzana and Adriabike. In Croatia, Adrioncycletour will have a main route overlapping the Croatian section of EuroVelo 8, the Mediterranean route of the group of cycling itineraries promoted by the European Cycling Federation across the continent. Even Serbia will not need to start from scratch with regard to the construction of the main infrastructures, as it is already crossed by several EuroVelo routes, like Albania. There are also plans for the construction of EuroVelo paths also in Bosnia and Herzegovina, North Macedonia, and Montenegro, but there are still no operational developments. However, the overlap of EuroVelo and Adrioncycletour can boost the commitment of the institutions. Finally, Greece is already crossed by three EuroVelo itineraries which can be a good basis for the development of secondary ramifications.

We talked about the potential of Adrioncycletour with various representatives of organisations and associations involved in the theme of regional development and sustainable mobility and cycling in particular.

What is the value of a bike path that crosses the entire Adriatic-Ionian region?

Tadej Zilic, Larisa Kunst (Koper Regional Development Centre): having a continuous route connecting all countries would be very important for tourism and in order to attract cyclists from northern and central Europe. The project is a great opportunity for local stakeholders to work together – regional and local authorities, development agencies, tourist stakeholders, and cycling associations. 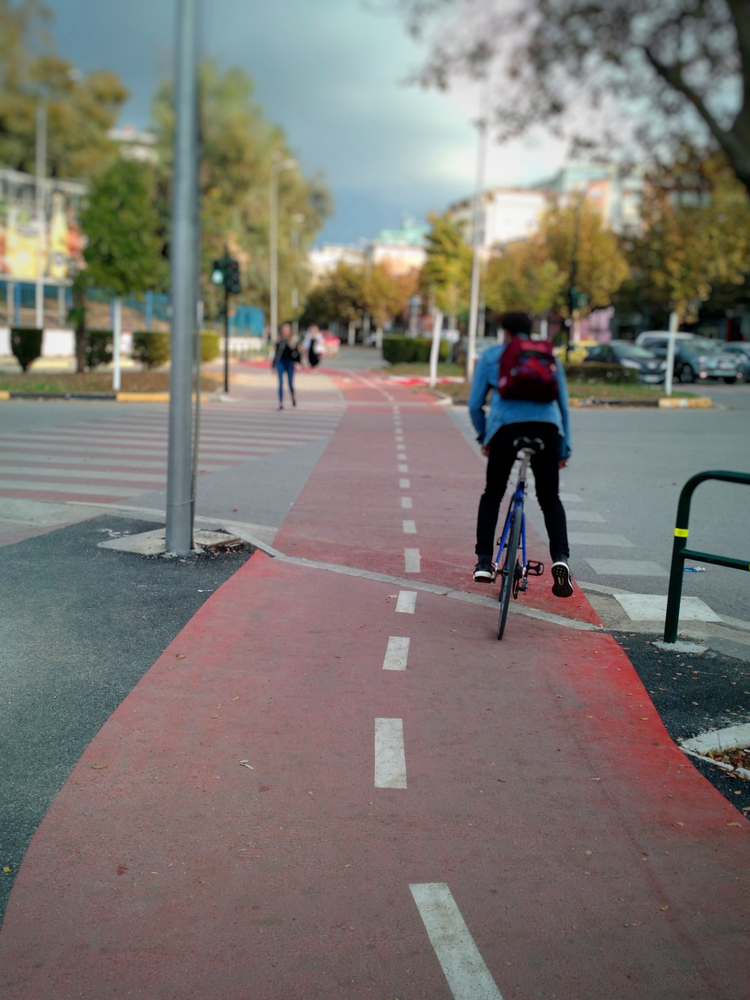 Jovan Erakovic (Ciklonaut Belgrade): the project is important for the construction of a narrative of regional integration. This route has an added value because it does not stop at the borders between one country and another, but is designed to cross them. From what I see, the development of a cycling route in countries that have a recent or weak cycling tradition is not a one-way process: the actors involved are not limited to the institutions that need to carry out the project, but also include associations and local actors, and all these subjects discover new ways to collaborate.

Lucia Bruni (collaborator of numerous associations for sustainable mobility): the project aims to attract tourists from abroad, to encourage local tourism, and to allow commuters to move from one city to another without taking the car. All this is possible only if intermodality [the possibility of getting around by combining different means of transport, such as bike and train, ed.] and the development of services that make a cycle path attractive are promoted at the same time. This is a very difficult process, because it will need to be able to bring together many levels, both political and administrative.

Do you believe that a well-defined cycling route could be an effective incentive for tourism?

Tadej Zilic, Larisa Kunst: in recent years the demand for cycle tourism has grown enormously. Offering tourists a complete package would greatly increase the region's importance as a cycling destination.

Jovan Erakovic: as someone said, “in a car you are in contact with the road, on a bike you are in contact with people”. For some countries that still suffer from a bad reputation in the rest of Europe and in the world, cycle tourism can be a tool to change that image for the better. However, having a cycle path is not enough to attract tourists. It is essential to develop infrastructure and services hand in hand. But even this is not enough. What matters most is the promotion of the cycle route. Otherwise it could take years before you start to get economic benefits from the project, and in all that time the cycle route could go into disrepair and be abandoned.

Lucia Bruni: cycle tourism has enormous potential, it is slow tourism by definition. Cyclists stop at every shop, they need to eat every half an hour, they need a good hotel. Hence it is necessary to develop all the collateral services to the cycle path, otherwise families or people who usually do not travel by bike will not be encouraged to try.

Can we consider citizens as the engine for promoting projects like this? How can they contribute to ensuring that institutions take concrete action?

Tadej Zilic, Larisa Kunst: in larger cities, for example Ljubljana, people use bikes a lot, and as a result local authorities are working hard to promote cycling as a sustainable mode of transport. The really decisive step forward would be to be able to change the way people think, to convince them to use cars less.

Jovan Erakovic: It all depends on the region you are in. In Vojvodina, for example, the bike has been used for a long time in everyday life, but in the rest of Serbia it has only been gaining ground in recent years. Citizens are crucial to the commitment of the institutions. There are places where the only thing missing is coordination between the many existing local realities that deal with sustainable mobility.

Covid-19 has had a strong impact on tourism. Yet cycle tourism allows you to discover less frequented places, perceived as safer. A bike trip also has a much lower impact on the environment. Can we say that cycling is a way to deal with both the crisis linked to the pandemic and the environmental crisis?

Tadej Zilic, Larisa Kunst: Adrioncycletour can certainly contribute to protecting the environment. We are seeing almost everywhere that bicycle sales have increased significantly with the pandemic, and this is a sign that interest in cycling is increasing.

Jovan Erakovic: the pandemic has changed people's habits, the first effect is the desire to stay away from places frequented by mass tourism. But this process did not come out of nowhere, the growth of environmental awareness is also contributing to this trend. Cycle tourism perfectly reflects this growing desire.