A Grand Tour of global warming in south-east Europe 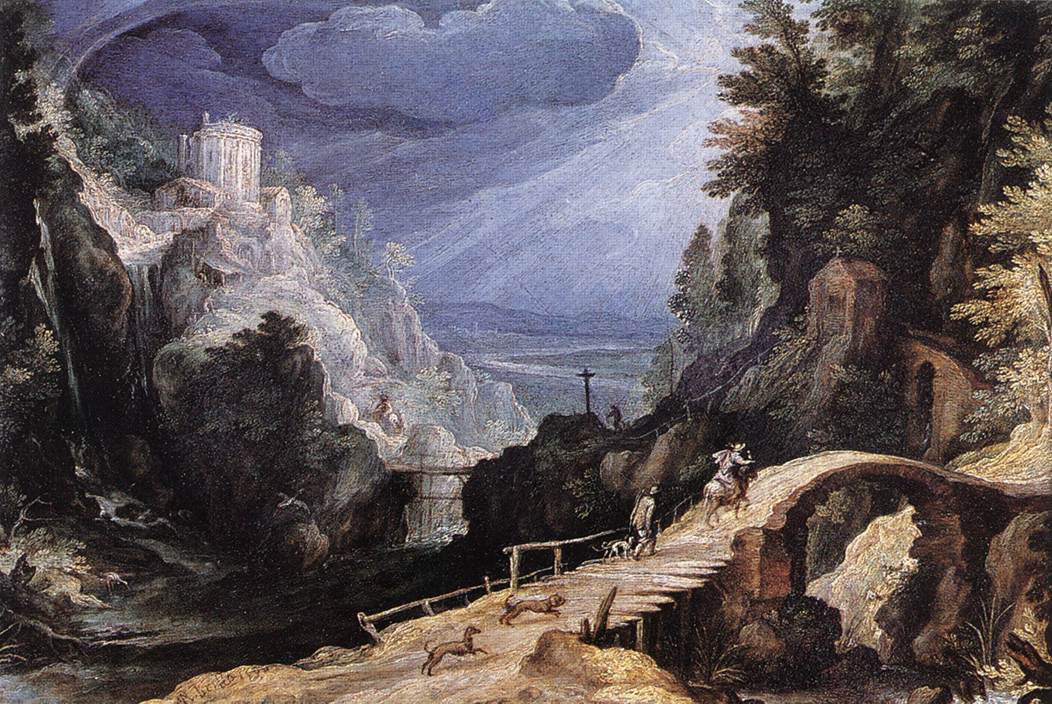 Drawing inspiration from the long voyages taken by well-off European youths in centuries past, Antoine Laurent takes us on a tour of global warming hotspots in south-east Europe

For young Europeans from well-off families in the 17th and 18th centuries, it was customary to end their studies with an extended journey through Flanders, France, Switzerland or (of course) Italy. A chance to consolidate your learning, free from family, to develop and have new experiences: there were many good reasons to take the Grand Tour.

The analysis of average temperature trends conducted by OBCT is based on the estimates produced by Copernicus and the European Centre for Medium-Range Weather Forecasts (ECMWF). For more than 100,000 European towns, we compared the average temperatures of 1960-69 with those of 2009-18. The data can be explored here.

Also convinced that travel can broaden our knowledge, we propose our own trip of discovery, through images, of the places most affected by global warming in Italy and south-east Europe. In each country, we visit the towns where average temperatures have increased the most between the 1960s and the 2010s. The project was produced by OBCT for the European Data Journalism Network.

The Grand Tour of the past occasionally inspired sublime works of art. More modestly, we visit these towns in the hope of raising awareness of a problem which, as will be seen, does not spare even the most remote locales. Hopefully it won’t already be too late when we recall that flying too close to the sun will burn our wings. Anyway, let’s begin in Italy.

Climbing north from Milan, around lake Garlate, then lake Como from the East, you cross the Pian di Spagna nature reserve, and make your way along the banks of a final lake. Finally, Novate Mezzola , a town of 1885 inhabitants with a solid reputation: for two centuries, granite extraction was the heart of its economy, the story of which is told at the Museum of Stonemasonry . 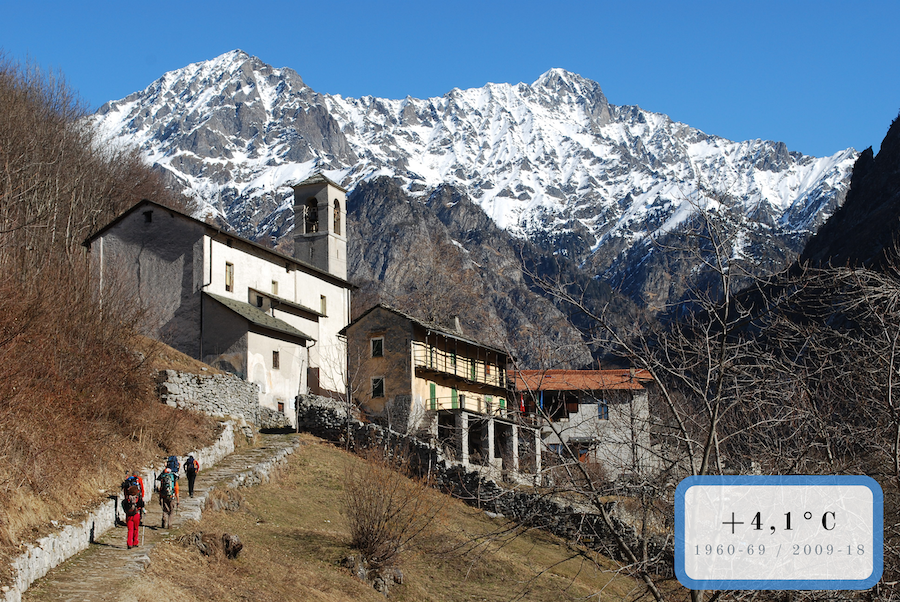 Continuing North from Novate Mezzola, following the course of the Mera, in just a few minutes you reach Samolaco . This town, consisting of numerous smaller hamlets, preserves the stunning wealth of tradition and history of Valchiavenna (for example, the oldest “crotti ” in the region). The parents of Arturo Umberto Illia, president of Argentina from 1963 to 1966, were originally from Samolaco. 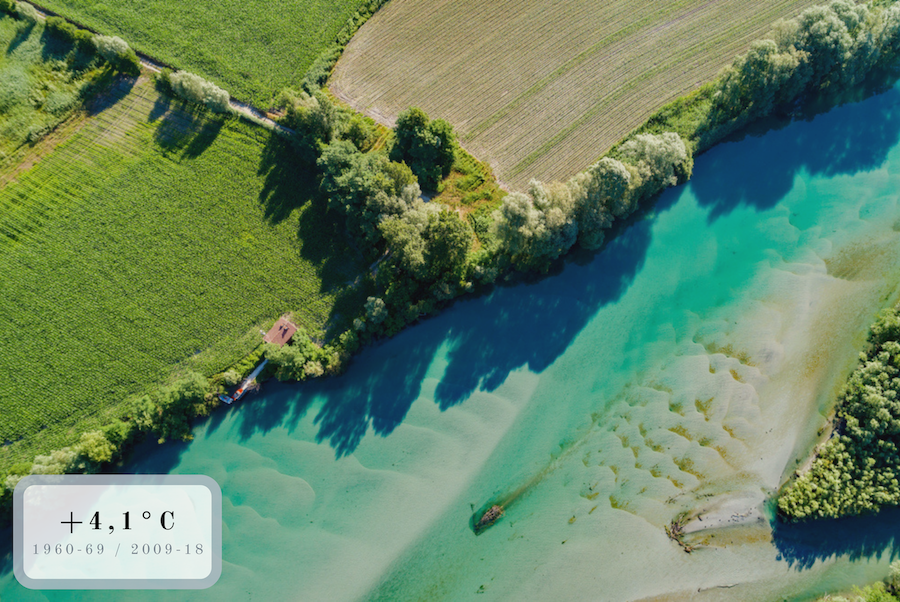 Tired of the Alps? Let’s go to Slovenia, to Kozjanski natural park , where the natural splendour has been well preserved. We find ourselves at Kozje, a town of 3341 inhabitants and 23 hamlets. Traveling by road, you can’t miss the Podsreda castle , a masterpiece of romanesque architecture. 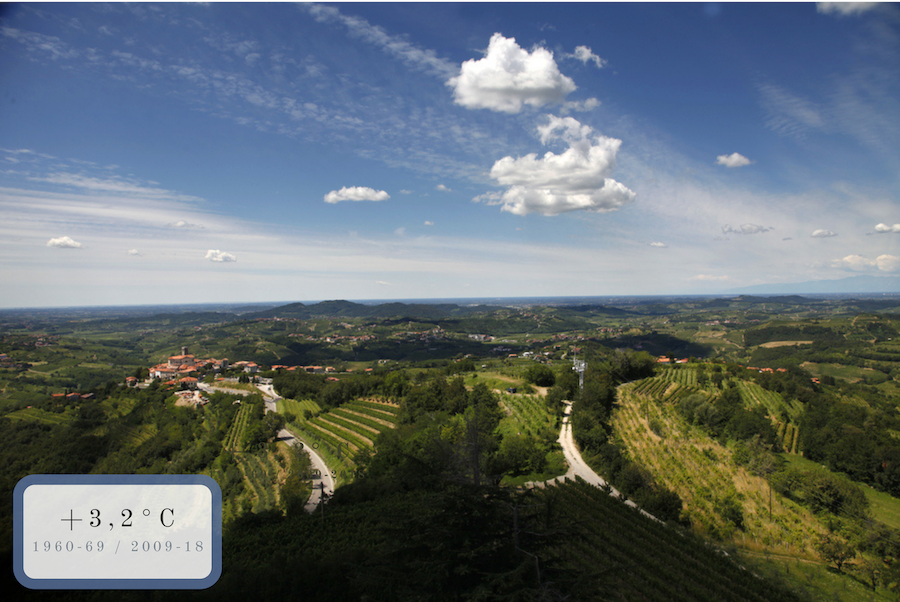 After all this traveling, we need a little break: and where better than the Adriatic coast? Krk island, with its turquoise waters, jagged coast and beautiful, calm beaches seems just what the doctor ordered. It should be noted that the impact of global warming on temperatures isn’t limited to inland regions, since even the island region of Malinska-Dubašnica appears on our list. 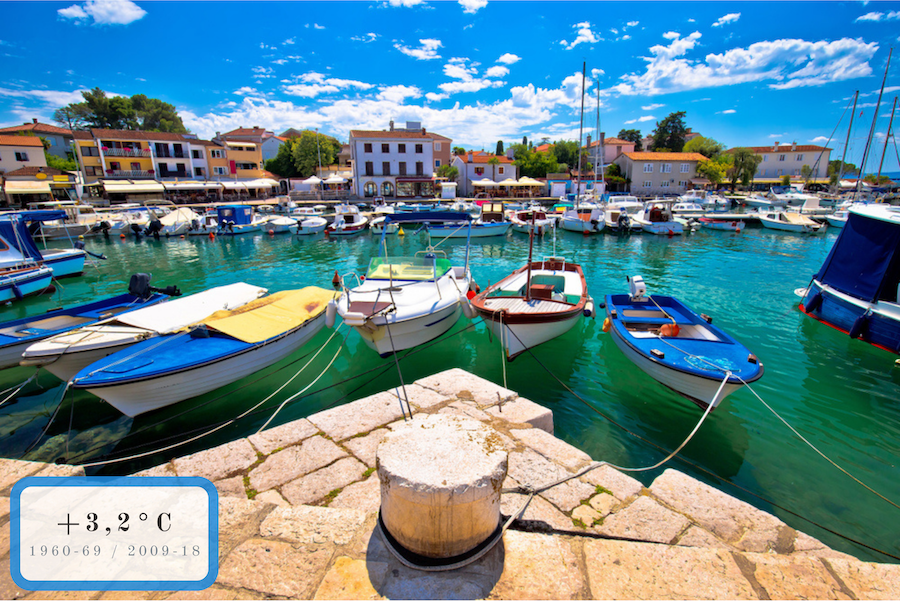 Now we're really in the Balkans! An echo of yesterday’s battles, we recall the cultural and linguistic wealth of this part of Europe. It is said that the Serbian city of Subotica has changed its name more than 200 times in its history. The city centre, characterised by art nouveau architecture, hosts the second largest synagogue in Europe. 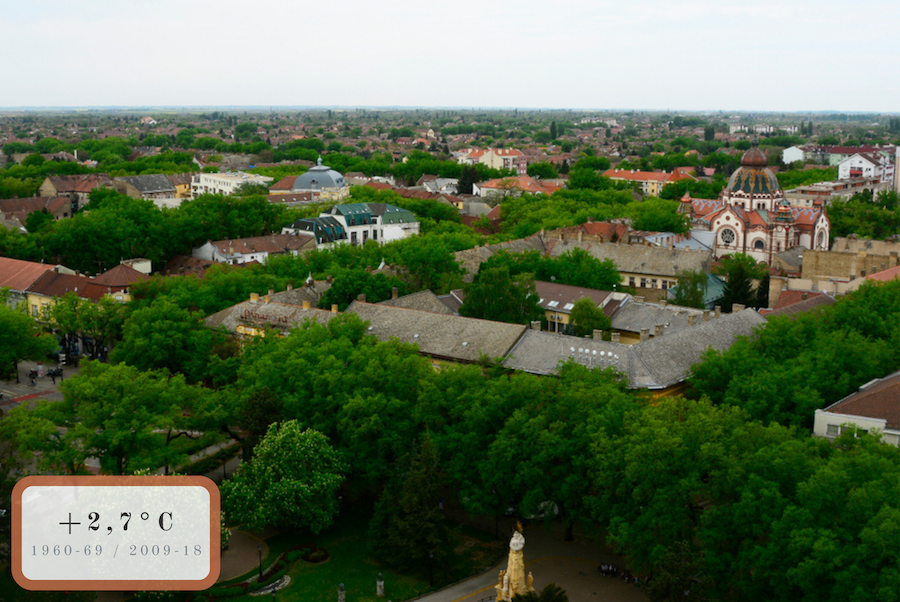 Continuing north, we arrive at Rona de Sus . This town of 4710 inhabitants is located a stone’s throw from the Ukrainian border and the immense Maramures natural park . Here catholic bells are accompanied by those of the orthodox church. For more than five centuries, and up to 1934, the local economy was based on open-air salt mining: there are traces to be seen in the numerous ponds formed in the dried up mines. 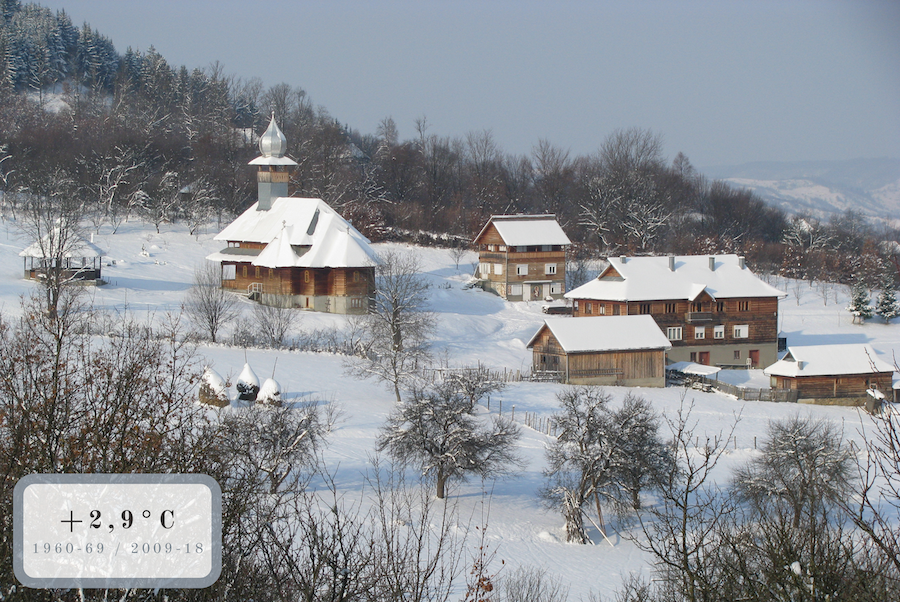 The monastery of the Assumption of the Virgin Mary in Rona de Sus (photo: Anton Bacea/Wikimedia Commons – public domain)

Arriving at Belogradchik in Bulgaria (8400 inhabitants), the atmosphere changes. In the outskirts of the town, the landscape seems agitated, tossed around by great waves of stone and verdant foam. One detail reminds us that we are as far from the Mediterranean as the Black Sea: the old fortress – Kaleto citadel  – nested between two rock formations. 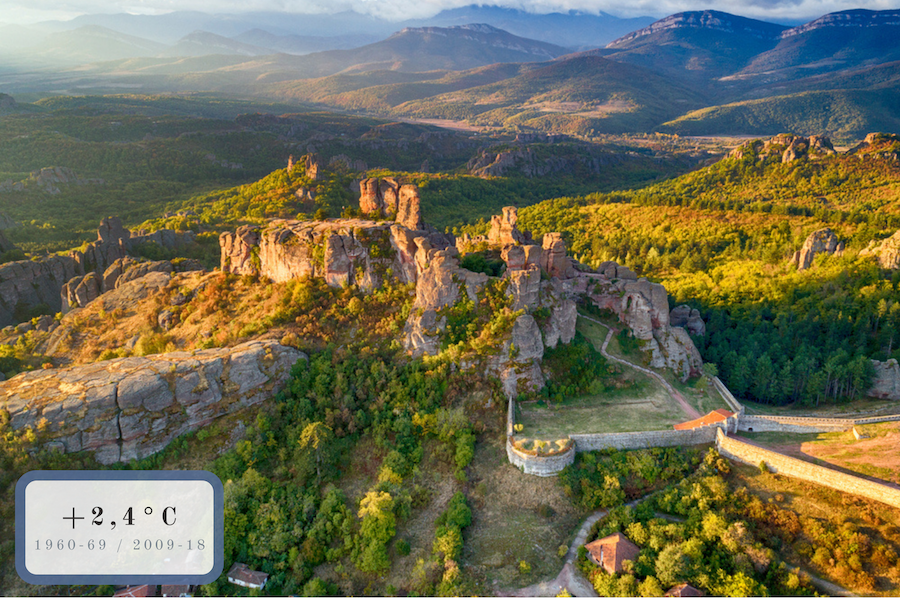 Staying in the Balkan mountain region, we head southwards: to Debar, North Macedonia, near the country’s western border. This town with 20,000 inhabitants is mostly populated by Albanians. It is located in the immediate vicinity of the eponymous artificial lake, the second largest in the country – which is used by the imposing hydroelectric plant and for irrigating crops downstream. 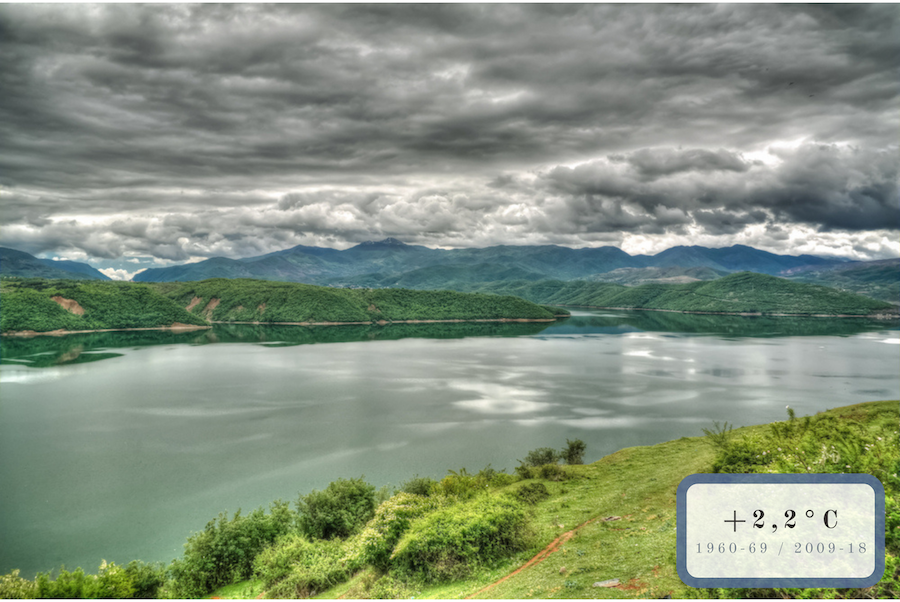 Reaching Albania via Debar is easy: just make your way along the Black Drin and you’ll be in there after a few hundred metres. Then crossing a majestic mountainous landscape towards the Adriatic sea, you finally reach Vorë. Located at the confines of the Tirana plain, Vorë is a convenient rest spot: halfway between the capital and the sandy bay of Durazzo, close to the international airport. Among other things, the town also boasts a 15th century castle. 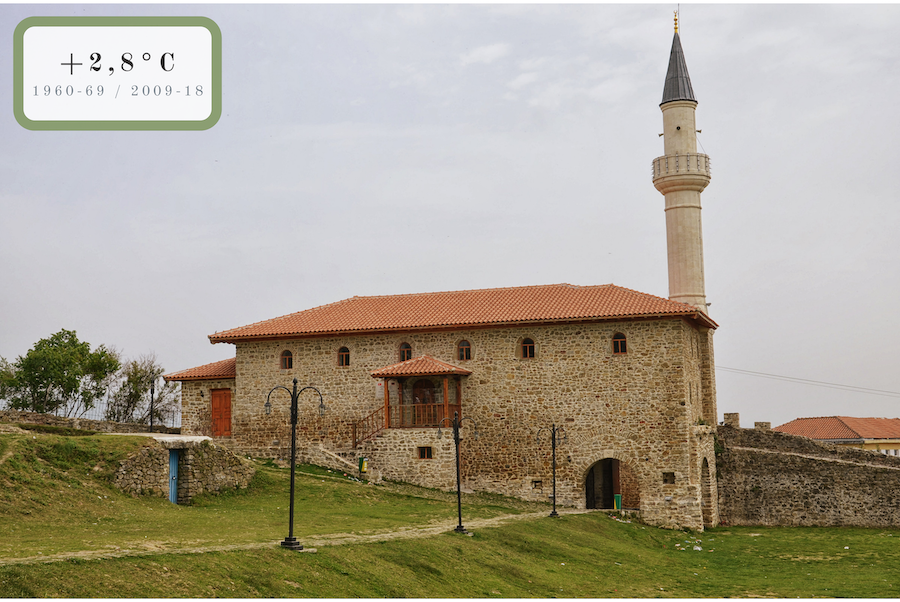 To complete this meandering itinerary , what better place than the ingenious Daedelus’ land of exile? Our voyage ends in the Greek town of Tympaki , on the island of Crete. Entirely destroyed during the second world war, it is now an enchanting tourist destination on the South coast. Not far is the famous Matala beach, but also the ruins of Phastos palace . 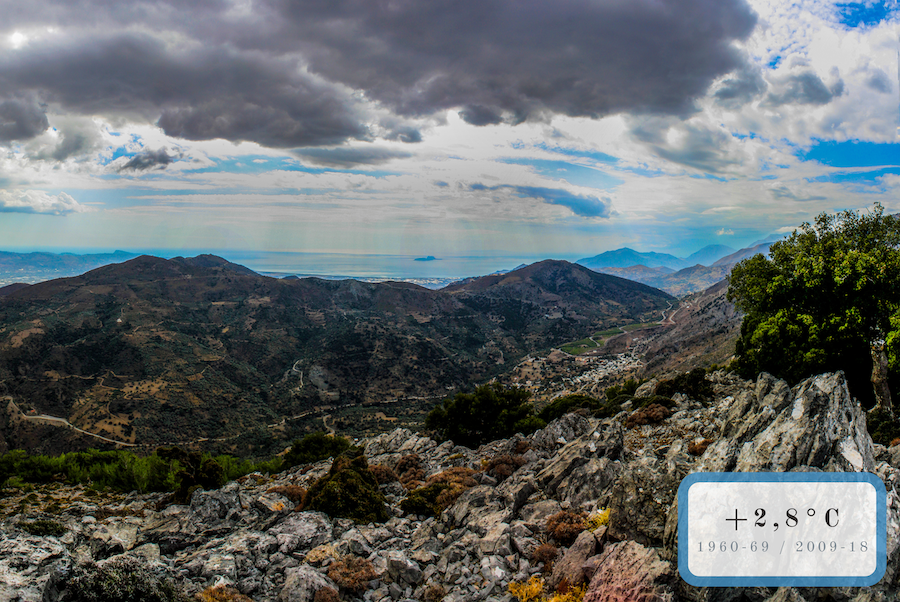