Diary of a September day in Rijeka 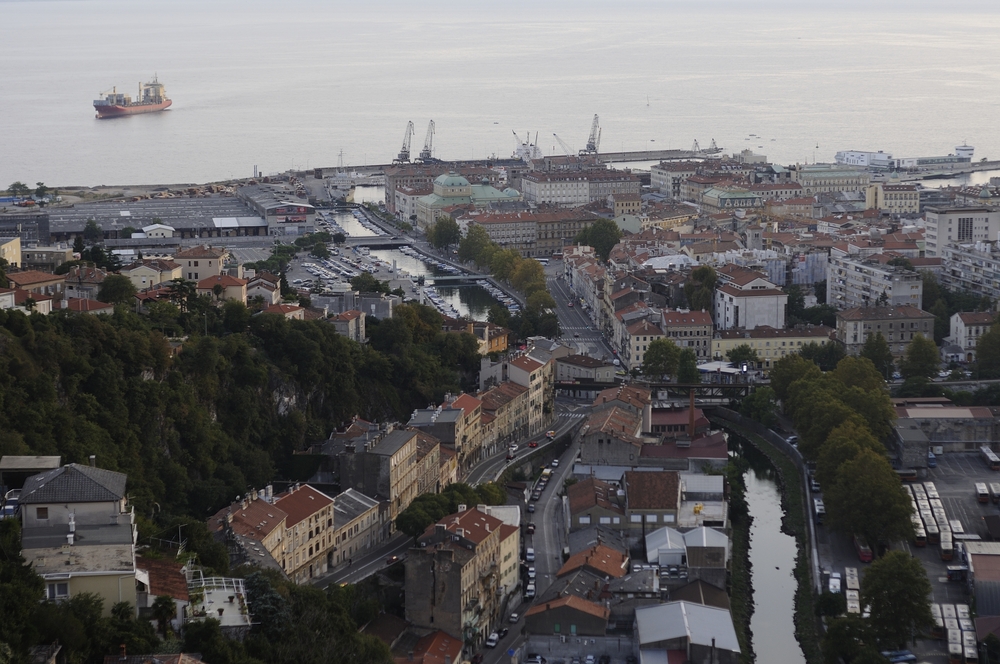 A walk in the centre of Rijeka on the centenary of D'Annunzio's enterprise: politics, the work of historians, memory, and democracy

I'm usually happy when public opinion shows interest in history. Usually focused on our essays being published in some specialist journal or invitations to conferences by small groups of experts, we historians are very grateful when the general public pays albeit minimal attention. Instead, the centenary of Gabriele D'Annunzio's Rijeka enterprise, celebrated last September 12th, made me very sad. 15 years since I started dealing with the topic, although with primary focus on the Poet's relationship with Christianity and the Church , I expected to find pleasure in seeing the spotlight turned on on this character. I was wrong.

Unlike the same day in 1919, allegedly very rainy, September 12th, 2019 in Rijeka was a sunny day, with temperatures approaching 28 degrees... And I started going to the beach again... Later, I went to the headquarters of the Rijeka Italians Community, which had hosted Giordano Bruno Guerri of Vittoriale degli Italiani, one of the authors who had recently worked hard to popularise D'Annunzio's Rijeka enterprise (September 1919 – January 1921), setting up exhibitions, organising conferences – in short, clearing his figure from the fascist or protofascist halo.

Going to the Circle (abbreviation of Circolo degli Italiani, the community of Italians left in Fiume after the exodus) in the city centre, I passed by a large group of policemen who guarded the entrance to the building. The tension in the city, in fact, had already risen since the morning, when the Croatian media had published the news of the provocation organised by the group nicknamed the Plumbers, coming from Italy: young people not even in their twenties were photographed with a giant Italian flag, albeit with the Savoy coat of arms, and distributed flyers with D'Annunzio text, etc. Thus they made the first pages of the Rijeka newspaper and got the interest of the entire Croatian public opinion. Then, in the early afternoon, the news came of the inauguration of the monument to the Poet in Trieste. The date of the centenary of the Rijeka enterprise was chosen to erect the monument, fomenting doubts about the real motivations of the Trieste establishment – to celebrate the poet or the conqueror?

The growing tension was palpable throughout the day, especially on social media. Similar reactions had followed the statements by former President of the European Parliament Tajani, who a few months ago had spoken of "Italian lands" referring to Istria, Rijeka, and Dalmatia. Passing by the policemen and reading the comments on Facebook on my phone, I was assailed by the feeling – or rather the fear – that the bravado of a couple of elated teenagers would sweep away years and decades of weaving dialogue here in Rijeka, where many have been working to reconcile Croats and Italians.

In my own small way, I have strived to mend the historiographical tear which occurred after the exodus, and reframe Rijeka's history, especially religious. In my opinion, the responsibility for what happened on the centenary does not fall primarily on the teenagers who made a provocative gesture, but above all on those who, over the years, have conveyed an image of D'Annunzio's enterprise as a goliardic, eccentric revolution, an avant-garde of 1968. The dominant victimisation narrative leaves out any comprehensive analysis of Italian politics towards these lands in the twentieth century – after neglecting them during the First Republic, today we have gone to the opposite extreme of an uncritical diffusion of unsupported theses backed, even financially, by the political world. The interpretation of D'Annunzio's enterprise has spread in recent years with the majority of his supporters neglecting to relate it to D'Annunzio's heritage. Actually, what is D'Annunzio's heritage? The discourse becomes complicated as the historiographical assessment cannot disregard concepts such as parliamentary democracy, minority rights, relationship between national and European identity, integration and exclusion, militarism and pacifism, etc.

If D'Annunzio is not fascist as the common narrative goes, it cannot be denied that he was nationalist and militarist. Despite some features of D'Annunzio's legislation in Rijeka, never put into practice anyway, his government was not democratic. Above all, it is important to highlight his policy against over half of the city's population, then made of non-Italians. In fact, his sixteen months of rule tarnished the delicate national and linguistic balance, stemming the first Croatian exiles from Rijeka. Years followed in which Italians became in turn the victims of opposing violence and nationalisms, in the Second World War and above all with the massive drama of the exiled in the post-war period.

On various topics of the 20th century concerning Istria and Rijeka, the Italian interpretation often fails to take into consideration Croatian and Slovenian historiography, and is nevertheless uncritically disseminated in the public opinion. Historiographical judgments are often expressed on these issues (number of exiles, massacre of Vergarolla in Pula etc.) without knowing the Croatian and Slovenian languages, therefore having failed to consult the available bibliography and sources. Exceptions are young historians such as Abram and Rolandi, who have also published here and who bode well. Croatian historiography has not yet come to terms with the drama of the exiled. But this is a matter for academic journals, so I stop here.

Back to the chronicle of the centenary, I then went to the opening of the exhibition "The Holocaust by D'Annunzio " at the Maritime Museum of Rijeka. This is the Croatian response to the "Disobbedisco" exhibition , set up in Trieste by the city authorities a couple of months ago. The presence of law enforcement was even more massive; the – unannounced – arrival was expected of the Croatian Culture Minister.

By the way, D'Annunzio and D'Annunzianism will remain the object of historical research, as this period and its protagonists are worthy of study and interest. But history should not become a hostage to politics. By allowing politics to deal with history, we would enable political engineering to use historical events and interpret them at will, according to political (electoral) and often nationalist interests. It is the task not only of historians, but of all civil society to prevent this from happening.