Sofia edit-a-thon: for a plural ecosystem of information

Bulgaria: every third institution is not transparent 09/02/2017 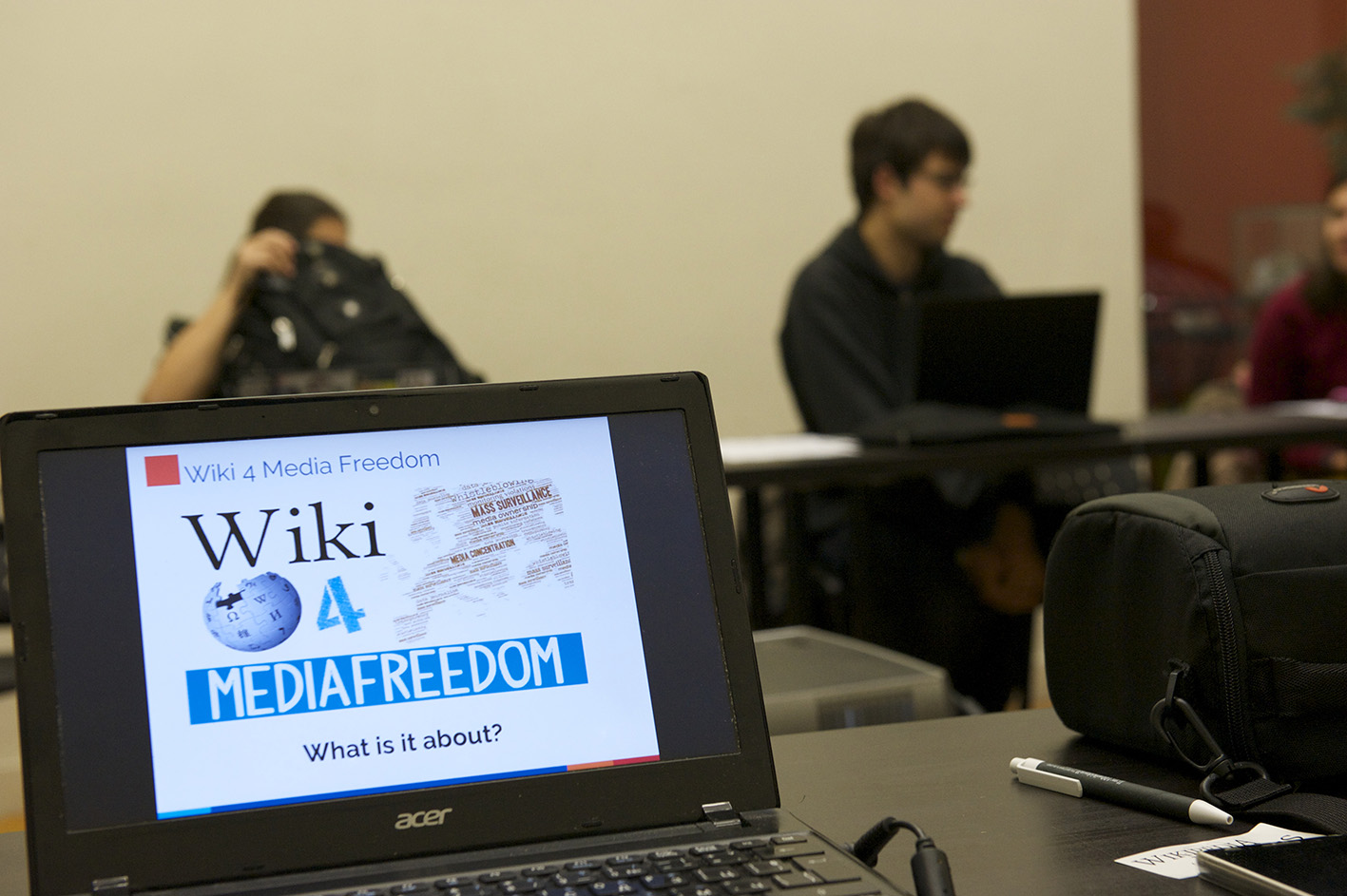 Media freedom, public interest, transparency, data journalism, facts-based information: all these issues have been dealt with in Sofia, during the Wiki4MediaFreedom edit-a-thon, a writing marathon on media freedom-related issues in Wikipedia which gathered journalists, experts and activists

On November 27th, the second edition was held in Sofia of the writing marathon devoted to freedom of the press, transparency, and sharing of political data on Wikipedia and Wikidata – a collaborative project of the "Wiki" galaxy based on open, structured, and reusable data. Aimed at stimulating new alliances between journalists, press freedom activists, experts, and Wikipedians to improve the availability of quality content on the subject of press freedom and media pluralism in the largest free encyclopedia in the world, the event is part of Wiki4MediaFreedom, an initiative by OBCT within the European Centre for Press and Media Freedom , which since 2015 has contributed to create dozens of quality entries on the subject of press freedom in Europe.

In addition to Wikipedians and Wikidata experts, the edit-a-thon gathered about thirty participants, many journalists, including from important Bulgarian national newspapers like Capital and Monitor, media experts and representatives of non-governmental organisations, such as Access to Information Programme Bulgaria, and the European Association of Journalists, Section Bulgaria.

The initiative took place at the same time as a series of events happening in Europe and around the world in the context of the Global Legislative Openness Week , an initiative of the Open Government Partnership to raise awareness on open, participatory legislative processes.

After two sessions of theoretical and practical training on Wikipedia and Wikidata, participants worked on the creation and improvement of a number of entries and on the inclusion in Wikidata of information concerning some members of the Bulgarian parliament elected in the current term.

The pages that were edited during the event, the gallery, and speakers' slides are available on the event page on meta.wikimedia .

All the articles produced in the context of the #Wiki4MediaFreedom initiative are available on the Resource Centre on Press and Media Freedom .

For instance, an entry was created on journalist Daphne Caruana Galicia , recently murdered in Malta, translating the related English-language article for the Bulgarian edition. Another participant completed the entry on Media in Bulgaria  with a section on state funding, citing a report by the World Association of Newspapers and News Publishers (WAN-IFRA). Two experts on access to public information drafted an entry  on the law that regulates access to information in Bulgaria and the amendments approved in recent years, which will be integrated within the entry "Access to public information in Bulgaria ", created by OBCT in the context of Wiki4MediaFreedom. Another participant collected a series of episodes, increasingly frequent in recent years, of attacks and threats to journalists in Kosovo , citing sources such as the Balkan Investigative Reporting Network (BIRN), the Open Democracy portal, and online magazine Kosovo 2.0.

The afternoon session was devoted to this year's novelty: the workshop on Wikidata and the EveryPolitician project , held by mySociety's Tony Bowden and Lucas Werkmeister, a data expert from Wikidata Germany. With EveryPolitician, which wants to create an open, sustainable data infrastructure for political data at the global level, mySociety intends to help strengthen the concept of "democratic commons" – a vision for which political data are structured, coherent, open, and available for a number of applications, from the sites monitoring parliamentary activity (like in Ukraine ) to data journalism. Just by querying Wikidata, and namely the data on national parliaments uploaded thanks to EveryPolitician, German daily Spiegel has recently published a report  comparing the composition of the new German Bundestag, in terms of gender balance and age groups, with legislative bodies of other countries, Europeans and not only, to discover that with 31% of women MEPs Germany is in the (low) European average as far as gender balance in legislative bodies is concerned.

Contributing with quality content to the public information space, including through data, means not only to make better information (and answers) available to citizens, but also to raise better questions. This is especially true of data because, as mySociety experts explain , "the better the data, the better the questions that can be asked".

Crossing a number of issues that are very close to OBCT – freedom of the press and pluralism, quality information, public interest and transparency of institutions, data journalism, an open approach to sharing knowledge, and the sense of responsibility associated with the creation and dissemination of information in the public sphere – the edit-a-thon was an important opportunity for gathering different actors who share the same commitment, for the web information ecosystem to be open and plural and based on facts, data, and evidence.

By titling the report on the 2016 annual activities "Facts matter ", the Wikimedia Foundation well expressed the awareness of the value of the "Wikipedia method" in times of disinformation: control and critical assessment of sources, widespread fact-checking, and conflict-resolution through dialogue – all pillars of the open encyclopedia – have made sure that Wikipedia avoided the phenomenon of so-called "fake news", while many other companies on the Web, especially social networks, have become amplifiers.

In the age of "informative chaos", journalists – as well as the volunteers who edit Wikipedia every day – must be aware of their role and responsibility in influencing a balanced, correct public debate and in supporting pluralism and quality information.

The pages that were edited during the event, the gallery, and speakers' slides are available on the event page on meta.wikimedia .

All the articles produced in the context of the #Wiki4MediaFreedom initiative are available on the Resource Centre on Press and Media Freedom .