The Kravica case and judicial cooperation in the former Yugoslavia 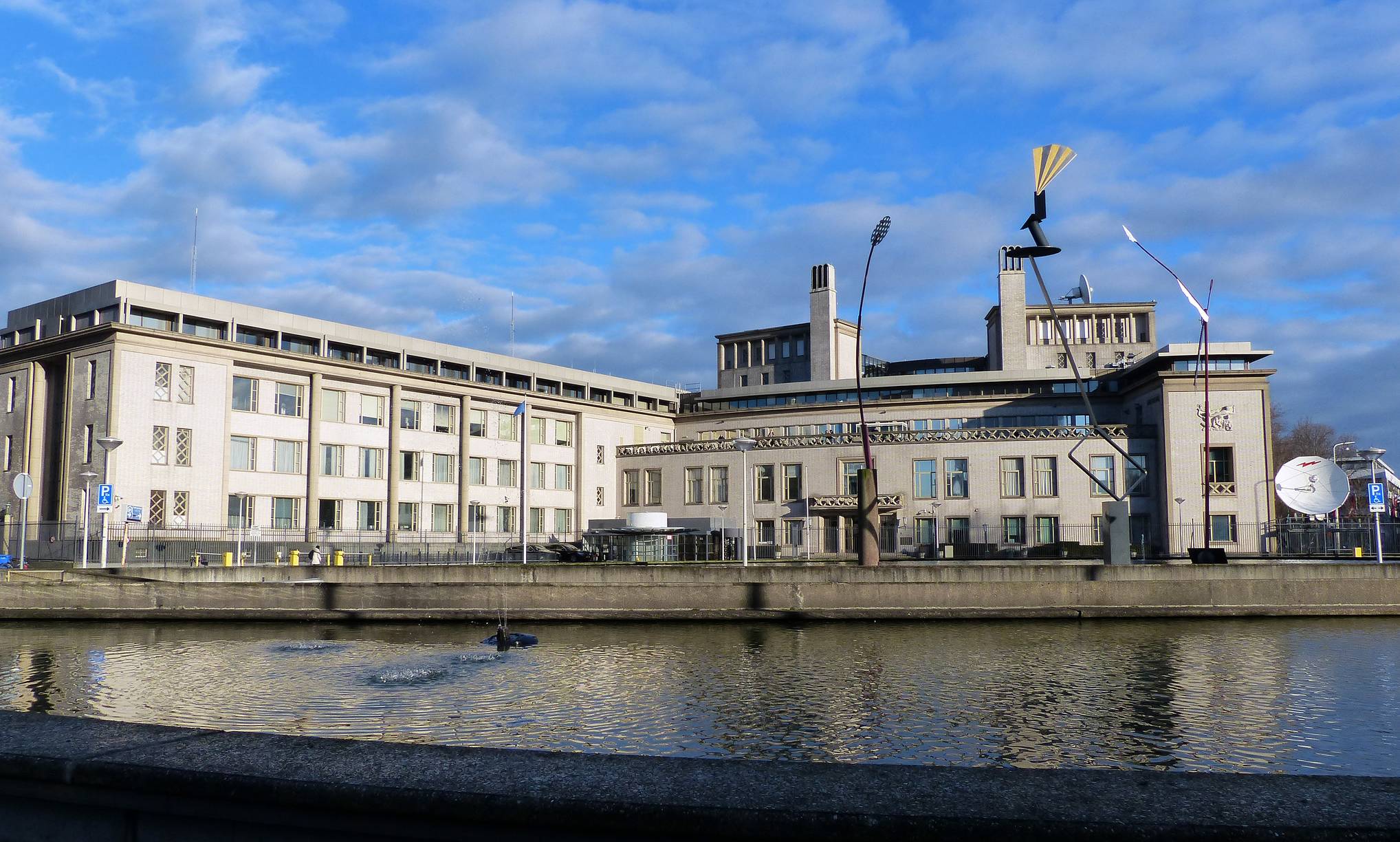 There are only a few months left until the closure of the Tribunal for the former Yugoslavia. At that point, judicial cooperation between the countries of the region will become even more essential

Two years ago, many observers called the "Kravica case" a historic step towards justice and reconciliation in the post-Yugoslav region. Today, that process could stop, together with a long-awaited trial, stalled by procedural vices that hide heavy institutional pressure.

The case began in March 2015 with the arrest in Serbia of 8 men, accused of organising and executing the massacre of Kravica, a village not far from Srebrenica. The massacre occurred in July 1995, after the fall of the eastern Bosnian town, and caused the death of 1,300 Muslim Bosnjaks by Serbian-Bosnian squads. For the first time, people involved in the Srebrenica genocide were arrested and destined to be prosecuted by the Serbian authorities.

Then, the case passed in the hands of the Serbian Prosecutor for War Crimes, which over the last 15 years has dealt with, among other things, several crimes committed by the Serbian squads of Croatia and Bosnia-Herzegovina in the 1990s. Arrests related to the Kravica case were widely recognised as a positive signal – the pragmatic action of Serbian justice was seen as a chance not only to restore justice for all victims and strengthen the rule of law, but also to ease the reluctance of Belgrade's political leaders to fully recognise the crimes committed by the Serbian-Bosnian authorities and encourage symbolic gestures of mutual rapprochement and recognition.

Such expectations, however, have been gradually disappointed. The start of the trial was postponed from September to December 2016, then to February 2017, for requests and issues raised by the defense – until the outrageous stop of last July 13th, which by a sad coincidence almost overlapped with the anniversary of the genocide.

The Belgrade Court of Appeal ordered the invalidation of the trial for a procedural reason that seems almost amazing for its banality and inaccuracy. When charges were filed in January 2016, the role of chief prosecutor for war crimes was vacant. At the time, Vladimir Vukčević (who during his mandate played a very active role in reviving the trials and fostering cooperation with Bosnian and Croatian colleagues) had recently left office for age limits. Only a year and a half later, in May 2017, the post was taken over by current prosecutor Snežana Stanojković.

According to the Court of Appeal, as the indictments of the trial were not authorised by a chief prosecutor, they are "formally non-existent". Therefore, the prosecution should now reformulate the charges, have them reviewed by the court, and then reschedule the trial – basically, start from scratch. The future of the predicament seems uncertain, but the latest developments do not point to a quick solution. In fact, the prosecution's appeal, which sought to restore the trial, was promptly rejected on July 25th.

The facts have caused disappointment and concern among the victims' associations and civil society. Belgrade's Humanitarian Law Center (HLC) issued a harsh press release, titled "The State that hinders the prosecution of war crimes", which raises specific, radical criticisms to Serbia's legislative, executive, and judiciary powers, all jointly responsible "for the prolonged void at the head of the prosecution".

According to the HLC, the large delay by the parliament and government in appointing a new prosecutor is indicative of a "lack of political will" to prosecute war crimes, coupled with "scarcely transparent", opportunistic selection mechanisms. Zagorka Dolovac, chief prosecutor of the republic, is then accused of deliberately not appointing a temporary attorney (as prescribed by the law), which could have saved the Kravica trial and others. These are not accidental omissions, but a "systematic obstruction of war crimes proceedings by state authorities", concludes the HLC.

This is a very serious allegation, hardly compatible with the legal requirements of European integration – the so-called "chapter 23" of Serbia-EU negotiations. According to the HLC, legal reforms in Serbia are "purely cosmetic or none at all", especially for the lack of transparency by the institutions involved and the ineffectiveness on war crimes”.

These words echo those of Serge Brammertz, chief prosecutor of the Hague International Criminal Tribunal for the Former Yugoslavia (ICTY), in his report given before the UN Security Council last December: "None of the commitments [by Belgrade on Chapter 23] has been honoured".

Judicial cooperation, a step back

There are only a few months left until the closure of the Tribunal for the former Yugoslavia. At that point, judicial cooperation between the countries of the region will become even more essential. Dozens of trials will go on in the national special courts and hundreds of criminal fugitives will remain on the run – mainly the lower and middle ranks of the military; the "small fish" not prosecuted by the ICTY; those who have found impunity in the neighbouring country, thanks to the double citizenship they often have. To give a picture of ​​the situation it is worth returning to the case of Kravica, which at the time had been referred to as a virtuous example of cooperation.

The arrests in Serbia in March 2015 took place following a cooperation protocol on war crimes, signed in 2013 by the special attorneys of Bosnia and Herzegovina and Serbia despite the protracted resistance and the delay in the implementation (especially from the Bosnian side). The Sarajevo and Belgrade authorities finally agreed to share information and evidence, to allow the extradition of fugitives, and to give jurisdiction to their foreign counterparts.

Only this made it possible to arrest the 8 Bosnian Serb defendants of Kravica, who had settled in Serbia for years, ignoring their trials in Bosnia and Herzegovina. For example, key defendant Nedeljko Milidragović, who carries the infamous nickname of "Neđo the Butcher" (kasapin), lived undisturbed in Belgrade.

According to the Serbian press, Milidragović worked as an entrepreneur and ran a butcher shop – a business created with a starting capital that came from the raids carried out during the war. In 1995, Milidragović was the commander of a special department of the Serbian-Bosnian police. According to the prosecution, between July 12th and 19th, 1995, he personally killed at least 20 helpless men (including a disabled person and a minor) and ordered the execution of about one hundred other prisoners of all ages.

Another defendant, Aleksa Golijanin, is accused of participating in the capture, segregation, and killing of several hundred men in the area between Srebrenica and Bratunac. After the war, Golijanin settled in Sremska Kamenica, Vojvodina, where he ran a transport company.

In a book published in 2014, Serbian politologist Mladen Ostojić argued that judicial cooperation between post-Yugoslav countries had achieved its best results since the mid-2000s. According to Ostojić, the collaboration of war crimes prosecutors anticipated and favoured the rapprochement of political leaderships, which translated into gestures of mutual recognition of crimes and suffering among the countries, particularly between Croatia and Serbia.

The Kravica case had the chance to contribute to this trend and extend it to Bosnia and Herzegovina. However, in recent years the picture has deteriorated, both regionally and in the contexts of Sarajevo and Belgrade. ICTY prosecutor Serge Brammertz, in a report to the UN Council published in May 2017, highlights the "negative trends" in judicial cooperation on war crimes.

Brammertz finds timid progress only in the Bosnian prosecution, that he has found able to conduct sensitive investigations such as the cases of Džananović and Matuzović, concerning crimes against Serb-Bosnian civilians in Sarajevo and Orašje. On the other hand, he is critical of Croatia, as its political and judicial authorities reject cooperation on dozens of open cases in Bosnia and Herzegovina. Particularly harsh is the assessment on Serbia, where "impunity for many ascertained crimes remains the norm" and where the number and quality of investigations are "inconsistent".

Furthermore, if in the past the legal sphere has stimulated the political one, it is unlikely that the reverse will happen today. After some time of détente, relations between Sarajevo and Belgrade have cooled again in recent months, also following the complex issue of the request by Bosnia and Herzegovina to review the International Court of Justice (ICJ) judgment on Bosnia-Serbia of 2007, concerning the charge of genocide.

According to some analysts, Bosnia and Herzegovina's request, which was rejected by the ICJ last March, was a maladjusted move in timing and legal foundations, motivated more by the political opportunism of the SDA (Muslim nationalist-conservatives) than by legitimate legal and historical reasons. This move has ended up strengthening Belgrade's revisionist position and increasing polarisation in the region.

If the phase of cooperation seems to be getting more and more distant, the Kravica case will become the ultimate battle over time in the post-Yugoslav region. On the one hand, there are those who pursue justice with ever greater urgency, for various reasons. Witnesses and relatives of the victims are not getting younger, while crimes are becoming more and more distant in time. Trials must proceed and end to create jurisprudence, facilitate the completion of other cases, and finally look at the present rather than the past.

On the other hand, there are those who – for as many reasons – have every interest in shielding themselves behind the passing of time. It will take many more testimonies and papers – so much research and dedication, and a patience that some victims seem to be losing.

"Unfortunately, I did not expect anything else from this trial. My impression is simply that everything was appearance, a total farce – that nothing would come of it". This is how Kata Hotić, one of the mothers of Srebrenica, commented on the matter – apparently, without even hoping for a judge in Belgrade to soon prove her wrong.