The Bosnian Garden of Delights 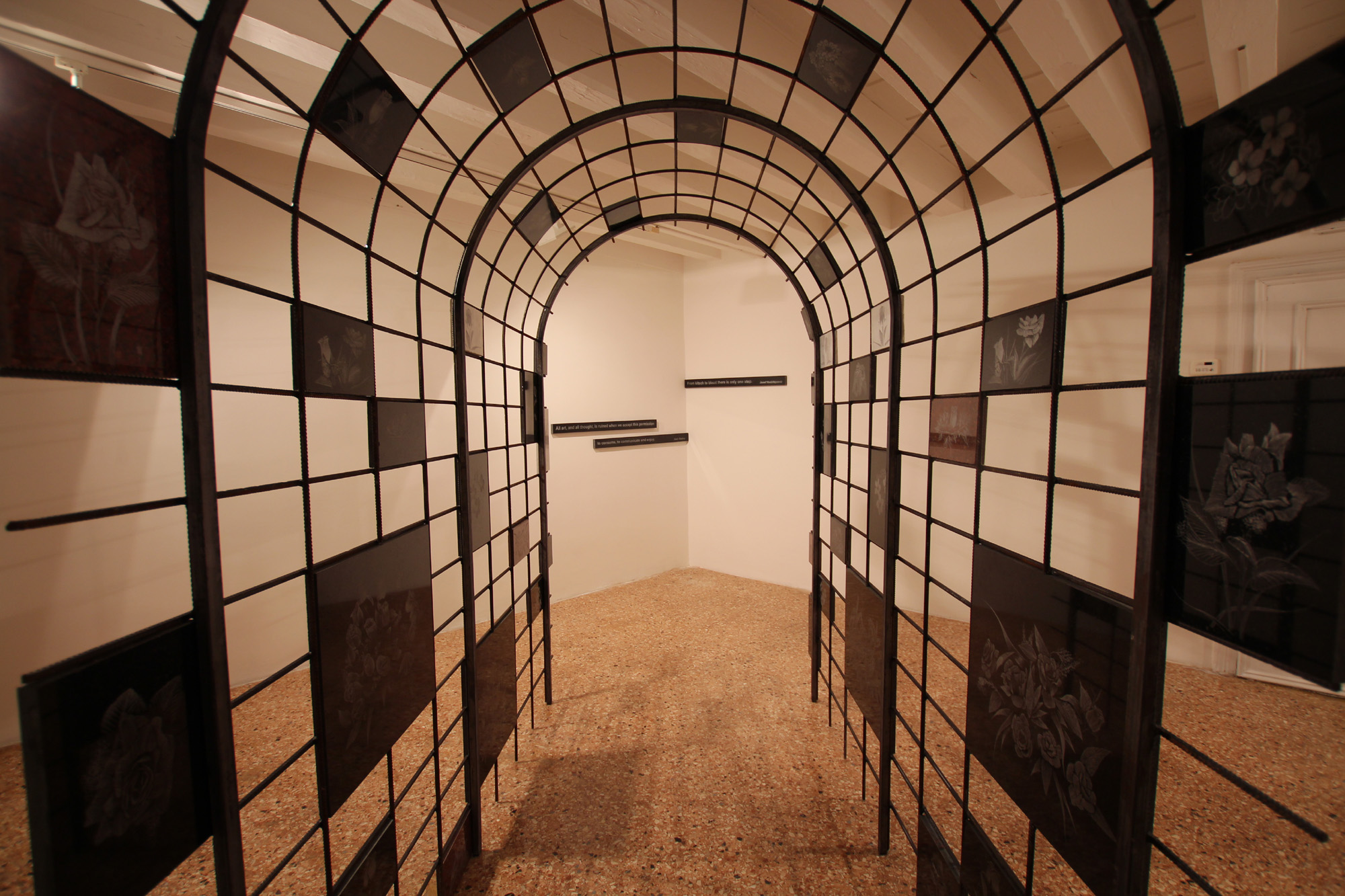 The Bosnian Pavilion at the Venice Biennale (Photo Andrea Rossini)

For the first time in 10 years, Bosnia and Herzegovina will take part to the Venice Biennale with its own national Pavilion. Mladen Miljanović is the artist who will represent the country

You have been entrusted with the task of representing Bosnia and Herzegovina at the Biennale after a break of ten years. How does it feel?

I feel happy, and excited too – especially since it's been 10 years. For us it is not a Biennale, but a “Decennale”. The reason why I'm happy is that I hope this is a new beginning. On the other hand, I feel a great responsibility. This is not about representing my country for what it has produced in the last two years, but in the last ten. For ten years, politics and culture in BiH have not even been able to agree on how to participate in the Venice Biennale.

We Bosnian artists have always been present on the international art scene, but only as individuals, while Bosnia and Herzegovina did not have a strategy to present itself as a country. Now, and this is the reason for my happiness, I think we are finally there.

Mladen Miljanović was born in Zenica in 1981 and graduated from the Academy of Fine Arts in Banja Luka.

Bosnia and Herzegovina takes part in the 55th International Art Exhibition after the first and last Pavilion was organized by the Museum of Contemporary Art in Sarajevo, Ars Aevi, in 2003. The exhibition (Bosnia and Herzegovina 1st Time) was created by Maja Bajević, Jusuf Hadžifejzović, Edin Numankadić, and Nebojša Šerić - Šoba.

Mladen Miljanović was chosen by the Museum of Contemporary Art of Republika Srpska, which is coordinating the project, along with commissioners Sarita Vujković and Irfan Hosić, and officially confirmed by the Council of Ministers of Bosnia and Herzegovina

With the support of the Ministry of Civil Affairs and the BiH Council of Ministers, we have now a developed a procedure to select commissioners and artists. Every two years, two commissioners are appointed by the Ministry, and designate the artist who will represent the country. The Pavilion of Bosnia and Herzegovina will be organized alternately by the National Gallery of Bosnia and Herzegovina and the Museum of Contemporary Art in Banja Luka.

Could this be the beginning of the solution of the problems that have so far characterized the situation of culture in Bosnia, including that of the seven museums now closed?

I hope so. It is obvious that problems exist, but also that now there is a will to solve them. For this reason I feel a great responsibility in the organization of this pavilion. If we lose this opportunity, that comes once every 10 years, we may not have a second one.

What is the Garden of Earthly Delights?

When I was asked to submit a project for the Biennale, I began to think about the international image of Bosnia and Herzegovina and about Bosnian identity. I think we can use the word social-pathetic. Much of the art created and performed after the war is social-pathetic, and successful as such. 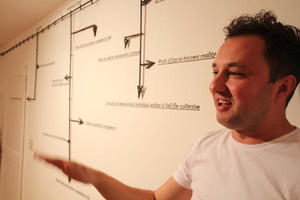 The one that exploits trauma, plight, and the pathetic. The result, 15 years later, is that if you do not present the pathetic side of Bosnia, you do not fall into the stereotype and therefore are not understood. I decided to try to use this energy as in Aikido, i.e. to use it to reject it. That's why I thought that the right concept for the Bosnian Pavilion at the 55th Venice Biennale would be "The Garden of Earthly Delights", the exact opposite of what the visitor would expect from Bosnia, something good, to taste.

How much of your personal experience can we find in these installations?

A lot. Before enrolling at the Academy of Art in Banja Luka, I was engraving tombstones for a living.

Yes, the hyper realistic drawings we find on tombstones in Bosnia. During the Academy, I began to wonder about the reasons that drove people to choose a particular image to be placed on the grave of their loved ones. People would ask me to draw the strangest things. Eventually, I realized that they wanted to put on the grave the picture of the thing in life that had delighted them more, what they liked to do.

The guitarist wanted the guitar, the hunter wanted a hare or other animal. They wanted a picture of what they had chosen in life. For me, it is the image of the eternal delight.

I took the famous triptych by the Dutch painter as the basis for my work, to establish a dialogue. In the painting, he showed what his contemporaries loved most. With Photoshop I deleted all the characters in his triptych, keeping only the landscape, water, and nature. Then I put the drawings I collected on Bosnian tombstones. It is a dialogue at a distance of 500 years – based, however, on this specific trait of Bosnian culture, i.e. carving tombstones.

On May 30, at 7.30 pm, Mladen Miljanović will officially inaugurate the Bosnian Pavilion at Palazzo Malipiero with the performance "The weight of delights". The artist will raise a granite tombstone engraved with all text messages his friends sent him to answer the question "What would you like to see in the Bosnian Pavilion at the Venice Biennale?". The performance will last until the artist is able to support the tombstone.

You're talking about the pictures on the black granite slabs?

Yes. It is a deeply authentic practice, native of our region. It is kitsch, and it is naive. It started in the late 80s and early 90s, in parallel with the kitsch that begun to assert itself in politics. This is the reason why in the installation I used the phrase by Jusuf Hadžifejzović: "From kitsch to blood there is only one step". Also, I try to analyse when the level of kitsch within a society becomes alarming, that is when it can become a symptom of something dramatic in the future, like a war.

We should appreciate kitsch while being aware of its risks?

That's it. The point is to understand when the different individual delights become a collective absurdity.

The question of Bosnian identity is very controversial. Did you manage to confront this issue?

I tried to, including in the installation of the Rose Garden, which you can also find in the Pavilion. Cultural richness lies in diversity – the beauty of the garden is not in a flower, but in its being a garden. This is the basis for explaining the question of nationality, nationalism, and current Bosnian society.

In the Pavilion, visitors will find three different environments – one for thinking, one for seeing, and one for listening. Can you explain?

The first space features a few sentences – this is the environment of thoughts, that prepares the visitor to the exhibition. Then you enter the visual space, with the different themes of the Garden of Earthly Delights. Then there are two rooms – the Rose Garden and one where I present the work performed by the Philharmonic Orchestra of Banja Luka. I invited the Orchestra to record a short, 5-minute video. When they arrived, they were annoyed by the fact that I had not told them which piece they would have to play, because they wanted to rehearse before. I asked musicians to stage one at a time, playing the piece they liked best. So, enter the flautist, and she plays a wonderful piece. Then goes the violinist, and you can follow them both. Then the third, fourth, until the twenty-fifth, and you just can no longer tell them apart. I sought to show the collective absurd from the point of view of sound, how individual pleasure can become a collective torture.

The Bosnian Pavilion at the 55th Venice Biennale