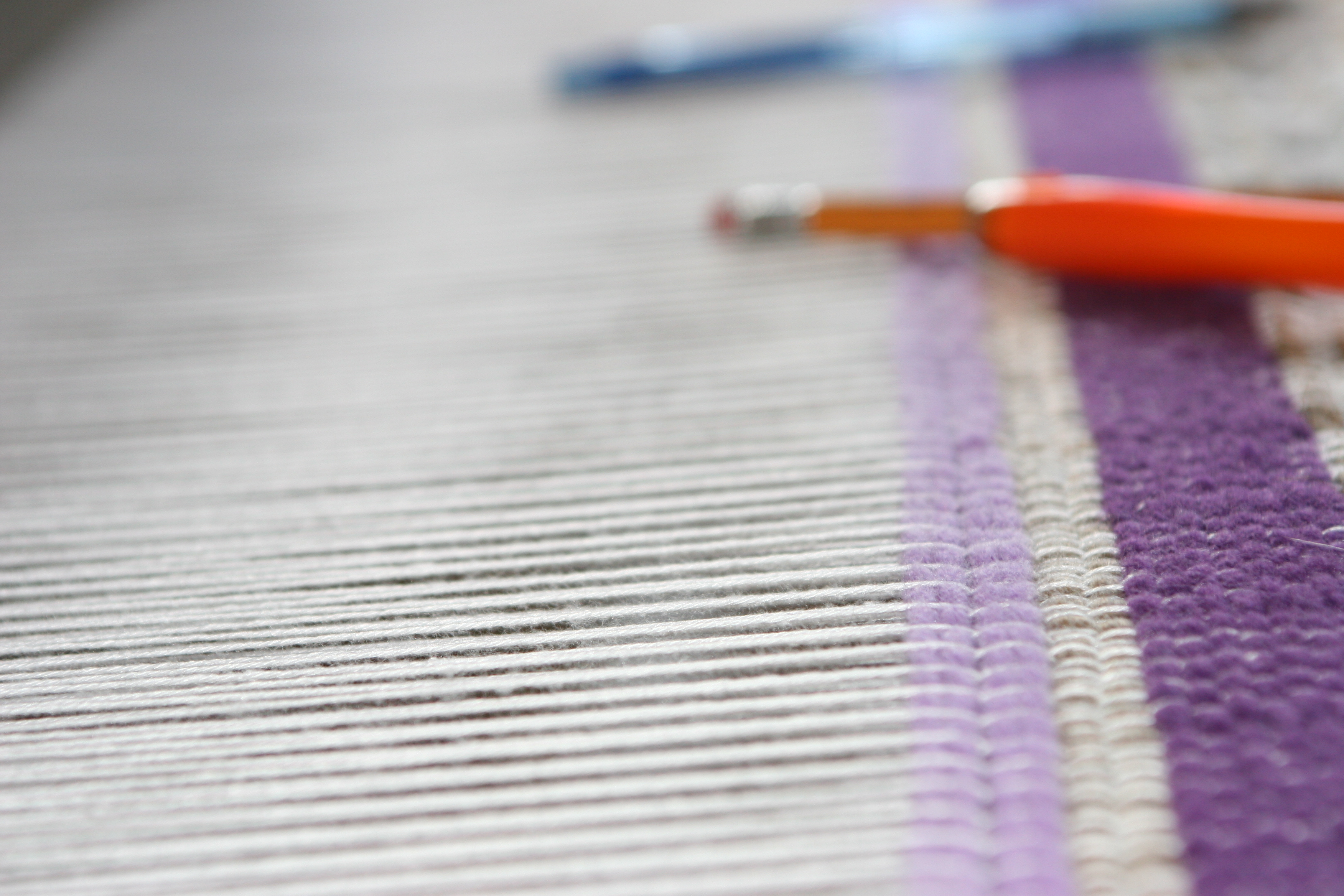 The state of the economy in Bosnia and Herzegovina: the case of small and medium-sized enterprises in the Zenica-Doboj canton, the country's industrial and agricultural sectors, and the hard chase after European funds. Our reportage

The Zenica-Doboj canton is one of the most industrialised regions in Bosnia and Herzegovina (BiH) with a long tradition in the steel sector. The territory counts around 15 (very) large enterprises. After the war, however, small and medium-sized enterprises (SMEs) started to grow in the area, partially transforming the region's production landscape. There are 13,000 currently registered SMEs out of around 400,000 inhabitants, 31 per 1,000 people. The figure is low if compared to some Italian regions like Veneto, but not distant from the European average. A third of these enterprises operates in the trade sector. “This sector is preferred by many because the enterprise risk is lower”, says Salih Alispahić of the 'Biznis Servis Centar' (BSC) in Zenica, a centre for business services created by the canton government in 2003. “Most SMEs, though, work in the industry. This canton has an important industrial chain in metallurgy, mining, and woodwork”.

The Zenica-Doboj canton is one of the Southeastern European partners of the SeeNet II programme dedicated to strengthening the SME system in the canton itself, in the canton of Herzegovina-Neretva, in the municipalities of Prijedor and Tuzla (Bosnia and Herzegovina), and in those of Kragujevac and Lazarevac (Serbia). On the side of the Italian institutions, the action is led by SeeNet II, head-organisation Regione Toscana in partnership with Emilia-Romagna. Oxfam Italia and Toscana Promozione are the programme's technical partners. Woodwork in Bosnia and Herzegovina is one of the target sectors for a SeeNet II intervention led by Friuli Venezia Giulia and focused on business animation for the transnational growth of local production systems. Italian institutional partners include Marche, Veneto, and Emilia-Romagna with Informest as technical partners, while partners in Southeastern Europe include the counties of Osijek-Baranja and Vukovar-Srijem (Croatia), the Autonomous Province of Vojvodina (Serbia), and the canton of Tuzla (Bosnia and Herzegovina). As early as 1995, the canton of Zenica-Doboj signed a memorandum of understanding with Piemonte, head of the SeeNet II action aimed at developing rural tourism in mountainous BiH. This memorandum, also thanks to the funds made available by the Italian Ministry of Foreign Affairs with the law 84/01 and the technical competencies of Environment Park and Ceipiemonte, led to the implementation of projects directly supporting the canton’s SMEs.  These included the creation of a Business Centre for the internationalisation of enterprises and industrial cooperation (ZSC) as well as a business incubator supporting the development of SMEs. Piemonte, through some of its municipalities, has been engaged for years in decentralised cooperation projects in BiH and especially in the Zenica-Doboj canton.

SMEs working in the steel sector are historically connected with Željezara Zenica (Steelworks Zenica), the steel giant that dominates the urban landscape of the canton's capital. In 2004, however, the factory was privatised and acquired by global producer Mittal Steel, owned by Anglo-Indian tycoon Lakshmi Mittal. The new owner claims to have invested around 280 million dollars in the enterprise, 135 million of which went to modernising the plant. The largest foreign investment ever made in Bosnia and Herzegovina generated high hopes at the local level, also because of the new ownership's commitment to maintaining existing jobs. For the canton's SMEs, however, the sale was not good news. Željezara produces huge quantities of steel (220,000 tons per year, according to company data), but that steel is now sent away for finishing to other units of the global Mittal group. “Mittal gradually changed the factory's production policy”, explains Alispahić, “and now the former Željezara makes only steel bars and semi-finished steel that are then sent directly to other production units of the ArcelorMittal group. The territory gets nothing to work with and the SMEs chain that depended on the factory is currently suffering. All that is left is the pollution caused by the plants since they resumed production”.

In order to support the suffering sector, one of the main instruments offered by the canton's authorities is the BSC, a SeeNet II partner. The initiative aims at creating a more favourable climate for SMEs through administrative simplification (registering an enterprise officially takes 40 days, that become 60 in practice), market research and analysis, and the creation of a dedicated cantonal guarantee fund.

The European Commission's diagnosis of the Bosnian economy's difficult situation is confirmed by the latest poll published by the Gallup Balkan Monitor on Bosnia and Herzegovina (Brussels, 17 November, 2010). In 2009, 56 percent of interviewees declared their material conditions were worsening, and pessimism increased in 2010. While 58 percent mentioned having difficulties in getting to the end of the month in 2009, the current percentage is 66 percent, with 18 percent defining their difficulties as “very serious”. (aor)

Credit access is indeed one of the main issues local entrepreneurs face, especially in this phase of crisis. There are 15 banks in the Zenica canton, but only one depends on local capital  while the remaining 14 are branches. “In this region, nowadays, it is hard to find investment loans at an interest rate under 8 percent”, continues Alispahić. “BiH's Federal Investment Bank offers loans with 5 percent interest rates, but with limited resources. The BSC guarantee fund offers SMEs around 1.5 million marks (BAM) per year at better conditions (3.5 percent), but this is not enough. However, we manage to guarantee incentives related to administrative costs that are reimbursed after the investment phase, together with a subsidy covering interest rates.”

A space called 'Agroinkubator', financed by the European Commission to support agricultural development and especially SMEs in central Bosnia, was inaugurated in Žepče (a few kilometres from Zenica) in 2008. Officially, there are very few agricultural SMEs in this region. In fact, according to estimates provided by agronomist Ivan Antunović, there are thought to be about 4-5,000 agricultural producers just in the municipalities of Zavidovići, Žepče, and Maglaj (three of the 12 municipalities in the canton) yet only five are registered. The figure confirms the estimates of other analysts, according to which the informal economy in BiH makes up to about 15 percent of the total. A good share of informal work can thus be expected to be found in agriculture. This makes it hard for “regular” SMEs to survive when competing against other producers in the informal market. The point is that agricultural enterprises are so small they do not find it convenient to register. “This region's main problem, in regards to the agricultural market, is the fragmentation of land,” explains Antunović. “Enterprises here are mostly family-run and work on surfaces no larger than one hectare. This strong fragmentation, which prevents real development in the agricultural sector, derives partly from the configuration of the territory and partly from a legislative deficit. In BiH there is no taxation on uncultivated agricultural land, so families would rather keep it whole than sell it if they cannot cultivate it. Land here is considered a capital, much like a bank account. Furthermore, there is no specific legislation protecting agricultural production, but all SMEs of different sectors are treated the same way. Anyway, production mostly consists of cereals, wheat, barley, and corn as well as vegetables, fruit (especially raspberries), and medicinal herbs. A few producers have cows or other animals, generally in limited numbers.”

Organic agriculture in the Western Balkans

Within the Seenet II intervention on developing rural tourism in mountainous areas of BiH, led by Regione Piemonte, projects include the drafting of a guide on typical and organic products in Zenica.  Strong attention on this sector emerged on the side of all Bosnian partners as a result of trainings held in both Bosnia and Italy during the programme's first year of activity.

Last 9 November the European Commission adopted a series of documents defining the advancement potential of candidate countries (2010 Enlargement package). Unfortunately, the European Commission report is not easy on Sarajevo, quite the opposite. It reports that “the absence of a shared vision between the main political leaders on what direction the country needs to take is still blocking crucial reforms and further progress towards integration.” Štefan Füle, European Commissary for Enlargement and Neighbourhood Policy, declared himself "very worried about the limited progress made by BiH in its EU integration path," and encouraged Bosnian political leaders to "leave past divisions behind and invest their energies and resources into a shared vision of a European future for the country." As specifically regards the country's economic situation, the report mentions that "a costly, inefficiency of social transfers reduces the willingness to work [...], unemployment rates remain high, and the informal sector is still a serious issue.  The business environment is damaged by administrative inefficacy and a weak rule of law. Progress towards the creation of a single economic space within the country is very limited." (aor)

Lately, there has been much discussion among local farmers about the possible transition to organic agriculture. Local producers use very little fertiliser, if any, so conversion costs would be limited. In addition, there is now a national certification system in BiH. But the market is still very small and the producers we met voice concern about a possible transition to organic agriculture. “In this period, people care about every cent,” says a farmer from Dolac who produces mainly vegetables. “Going organic is relatively easy, but it implies an increase in prices and the risk of losing market shares.”

The EU has several instruments for supporting SMEs in member as well as (potential) candidate countries like BiH. The “European Chart for Small Enterprises” defines the Union's policy in this sector. In 2008, Brussels adopted ten principles constituting the “Small Business Act”. The European Commission – together with the OSCE, the European Training Foundation, and BERS – recently published a report on the progress of Western Balkan countries in implementing the European Chart for Small Enterprises, adopted in 2003. Brussels is monitoring the act's implementation and currently awaits the implementation of the Small Business Act policies within the integration process. “The main problem is that there are three different models for SME development in the country – one for each entity and one for the Brcko district,” Ivica Miodrag, head of the Department for Economic Development and Entrepreneurship of the Ministry for Foreign Trade and Economic Relations of BiH, tells me in Sarajevo. “This prevents us from designing a concrete plan at the state level and developing a common legislative and institutional framework to support SMEs. The Constitution entrusts the state with the responsibility to promote and develop SMEs and create a joint economic space, but we cannot manage to. BiH cannot thus live up to the commitments made with the Commission and put into practice the standards requested by Brussels. The fact that BiH is the only country in the region without a state agency or fund to support SMEs prevents us from accessing European funds. Entities can request the funds destined to regions, but not the more significant state funds. It is hard to estimate exactly how much money we have lost in these years, but we are talking millions of Euros.”

Three months after the elections of last 3 October, BiH is still without a government. One of the priorities of the new government will be to get back – with feeling – on the European integration path. The recent abolition of Schengen visas for Bosnians was an important success, but the country cannot afford to lose other opportunities on the economic front, especially in the SMEs sector that is more central than ever with the increasing privatisation process.