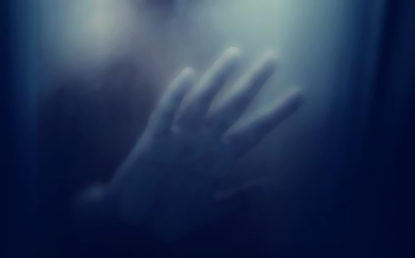 The protection of victims of domestic violence in Bosnia Herzegovina is guaranteed by a number of laws, but more often than not they are not enforced. In the background a society that is still very patriarchal and the heavy institutional burden left by the Dayton Peace Agreement. Our analysis

Violence against women, especially domestic violence, continues to be a widespread social problem in BiH and a serious breach of women's fundamental human rights and freedoms. Despite NGOs' intense public advocacy activities across the country aimed at improving the legal and real protection of women against violence both in public and private spheres, this type of violence is still considered and tolerated as "socially acceptable behaviour". It is justified by the traditional and patriarchal conceptions of the role and status of women in BiH society, reads the Shadow Report by a coalition of Bosnian NGOs on the Implementation of the Convention on the Elimination of All Forms of Discrimination against Women (CEDAW), published in October 2010.

“A significant obstacle to the efficient prevention of domestic violence is the community and individual's stance towards violence against women and especially domestic violence. The main issues are to be found in the personal attitudes displayed by the professionals who are supposed to deal with the problem and who, instead, tend to portray prejudice and patriarchal views, while bringing up and educating young people, protecting victims or persecuting perpetrators”, says Duška Andrić–Ružičić from INFOTEKA, a Women's Information and Documentation Centre, in Zenica.

INFOTEKA's representative stresses her belief that the root cause of domestic violence lies in the patriarchal model. A poor economic situation, high unemployment, psychological and physical consequences of the war, such as post-traumatic stress disorder, disability, etc., alcoholism, a decline in social values – are of course then mere triggers for setting violence off.

BiH still does not have proper institutional services that would be able to provide comprehensive, sensitive and specialized support to victims of domestic violence. Relevant legislation is in place, but the complex state structure and fragile institutions do not permit adequate application of the norms.

In the past years, authorities allocated some funds in support of the work of the safe houses, all managed by NGOs. Such funds were essential, as the social welfare centres do have jurisdiction and prescribed mechanisms for this sector, but no financial means to implement them.

Despite being the strongest link between the state institutions tackling domestic violence, the Police does not operate in a uniform manner throughout BiH.

Court judgements vary to such extent that there can be no talk of harmonised judicial practice with regard to domestic violence cases in BiH, Ms Andrić–Ružičić points out. “Efforts need to be made primarily in order to harmonise the institutional approach to domestic violence and unified protection mechanisms”, she adds.

Mara Radovanović from the NGO “Lara” in Bijeljina warns that there are not enough safe houses to accommodate all the victims of domestic violence who ask for such assistance and that their stay in safe houses is limited by lack of funding coming from relevant institutions. “There is also a problem with a lack in the capacities of the institutions that deal with addiction issues, which are frequent causes of violence” she points out.

The Italo-Balkan decentralised cooperation Programme SeeNet II includes attivities specifically aimed at establishing and strengthening a network of integrated local services working to combat violence against women. In particular, the Programme action led by the region Emilia-Romagna, in partnership with the Italian regions Marche and Tuscany , supports such activities in the area of Novi Sad in collaboration with the Municipality and its Community Centre.
In this Programme Osservatorio Balcani e Caucaso is carrying out analyses of the issue of violence against women and the mechanisms operating to fight it in the 7 Western Balkan countries involved in SeeNet II.

Radovanović adds that their advocating activities with partner organisations in 2008 resulted in changes to the Law on Protection from Domestic Violence of Republika Srpska (RS) which prescribed that the RS Government is to finance 70% of the costs of the safe houses. The Law on Protection from Domestic Violence of the Federation of BiH (FBiH) does not include provisions on public budget funding for safe houses for women and children victims of violence. The houses thus depend almost entirely on donations from international organizations, one-off donations from the entity budget, with an almost complete absence of support from the local municipalities.

The experience of NGOs working with women victims of domestic violence indicate that most women stay silent about the violence they were subjected to, and do not even think about reporting it to government institutions that are authorized and obliged to provide assistance and protection. At the same time BiH has no unified system for collecting and analysing statistical data on domestic violence against women, neither at the entity nor at the state level. Data available from the government institutions that are the first ones to come into contact with women victims of violence (police and prosecutors) are incomplete and contradictory, and point to different interpretations and approaches in addressing the problem.

The CEDAW report quoted above, is based on the official data of the Entity Ministries of Interior, according to which the number of reported and prosecuted crimes for domestic violence in the RS has been regularly decreasing, whereas this is not the case in the FBiH.

Currently, in BiH there are nine safe houses for women and children victims of domestic violence, in which teams of professional staff provide psychological, medical and legal assistance, support in rehabilitation and resocialization, and support in finding “exit” (reintegration) strategies.

One of these safe houses, established and managed by the Foundation of Local Democracy in Sarajevo, recently marked its tenth anniversary. On this occasion, the organization published an analysis of its work in the past ten years, during which it accommodated 1169 beneficiaries – 408 women, 587 children and 174 girls. Their data gives an insight into the profile of domestic violence victims: it is important to note that almost 35% of women accommodated in this safe house had only completed primary education, while only 2,3% had higher education. In most cases these women were exposed to a mix of physical, sexual, psychological and economic violence.

Half the beneficiaries stayed in the safe house for up to 30 days, while it took more time for the rest of the victims' rehabilitation. When it comes to young girls, who are often victims of sexual abuse or incest, they usually stay longer in the safe house.

It is often pointed out that one of the primary reasons why women remain in the relationship with their abusers is their economic dependency upon them. The Foundation of Local Democracy's analysis also shows that about 70% of women return to their husbands/partners, but these cases are followed closely.

Mubera Hodžić-Lemesi, manager of this safe house, explains that their work is conducted in phases. After admission to the house, the victim is provided with basic medical help. Then she is included in individual and group therapies and once expert staff has given the go-ahead, a first meeting with the abuser is organised, in most cases the abuser is the husband or partner.

„At that first meeting, the abuser usually apologises, asks for foregivness, promises it won't happen again and begs the woman to come back home. This is when the victim makes the first decision on how to proceed“, says Hodzic-Lemesi. She adds that, if there is willingness, the abuser is directed to the Social welfare centre where he is included in a proper therapy, and at the same time, the victim continues her therapy in the safe house. If and when set conditions are met, the women go back home. The organisation also has mobile teams that follows the families’ situations together with employees of the Social welfare centres.

Another example of good practice, is the Coordination Group established by the Foundation of Local Democracy that covers the Sarajevo Canton area. It is composed of cantonal ministries of Health, Justice & Administration, Interior affairs, Employment, Social welfare, Displaces persons and refugees, and representatives of the association BiH Journalists and the Foundation of Local Democracy. The aim of this group is an improved coordination with regard to prevention, protection and combating domestic violence, specific objectives including education, integrated assistance (social, legal and psychological) and development of a unified data base.

“We have come to the conclusion that this problem requires a multidisciplinary approach”, explains Edita Pršić from the Foundation of Local Democracy, adding that they decided to include the media representatives because of the important role they have in raising public awareness and also because of the necessity to educate journalists about domestic violence issues and ways to approach this topic without taking away dignity from the victims.

Women usually seek help only after long exposure to violence, when has left visible marks on their physical and psychological health. They also have limited access to information about their rights and possibilities of protection from violence. As NGO activists we have contacted emphasise, there are no perfect solutions, but there are also no good reasons for victims of domestic violence to suffer alone inside the walls of their homes.

Article produced by more than one author in collaboration with OWPSEE.