EU-Balkans: more glue for this house of cards 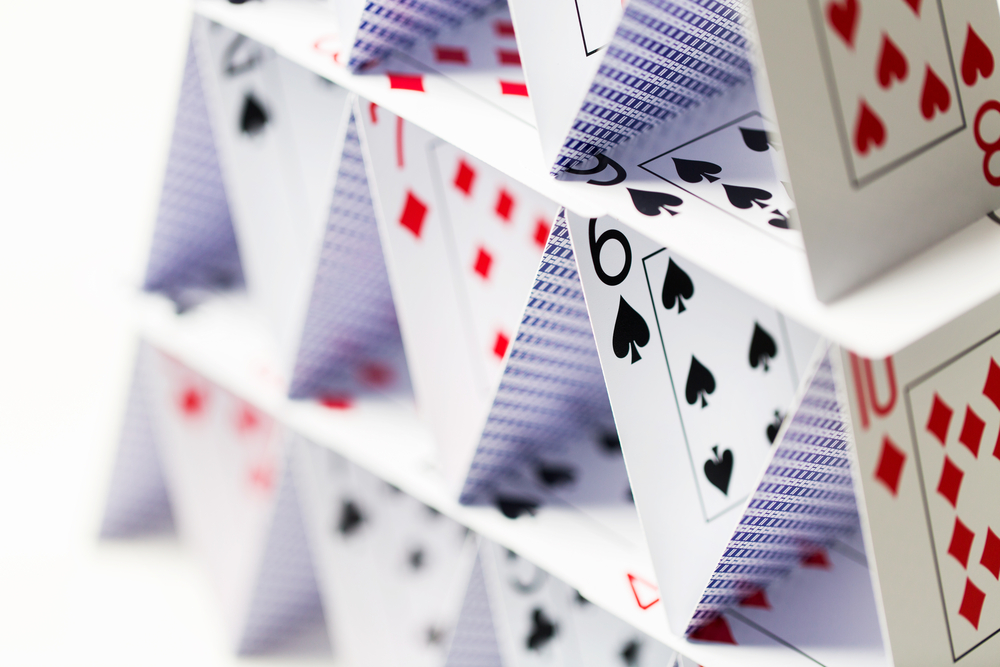 We need a new approach to enlargement policies, lest their complete failure. And it is necessary to start afresh from the abolition of unanimous voting. An interview with Srdjan Cvijić, author together with Adnan Ćerimagić of "Rebuilding Our House Of Cards: With More Glue"

Srdjan Cvijić is a Senior Policy Analist at the Open Society European Policy Institute, a member of the Balkan Europe Advisory Policy Group, and currently contributes to the "Europe's Futures" project of the Institute for Human Sciences in Vienna. He recently published “Rebuilding Our House Of Cards: With More Glue ”, a study-proposal on EU enlargement policy. We interviewed him.

Recently, you and your Bosnian colleague, Adnan Ćerimagić, published a paper with the undoubtedly original title "Rebuilding Our House Of Cards: With More Glue, which proposes a new approach to EU enlargement policies. Let's start with the title: house of cards and glue...

It was not actually us who invented this term, all the questions or statements with which we began the paper were asked during a meeting with some European politicians in June 2016. We wanted to advocate for an enlargement policy but everything happened shortly after Brexit... It wasn't exactly the right time: at that time the EU really looked like a house of cards and how could we imagine adding more cards if one card had already fallen? Inspired by this conversation, we decided to use the metaphor of glue, which is necessary to hold everything together.

What makes this house so fragile?

One of the main problems is the procedure used by the EU for enlargement: often the mistake is made of focusing only on the political aspects and not on the institutional ones. But now we are experiencing an absurd situation. Due to the unanimous vote system, a country like Bulgaria is blocking the entry of North Macedonia for purely political reasons. The veto was placed on the basis of issues not only contrary to the values ​​of the EU, but which are certainly not part of the Copenhagen Criteria which establish the conditions for membership. Bulgaria is using the system to protect bilateral interests. I believe that the motivation behind the various vetoes that have followed one another in recent years has never been institutional, but very often linked to internal politics.

The EUWeBER project aims to offer university students a better knowledge of European foreign policy issues, particularly in relation to the countries of South-East Europe and the Eastern Partnership. It includes interactive classroom seminars and broadcast online for a wider audience, internship opportunities at the Osservatorio Balcani Caucaso Transeuropa (OBCT), a blog. The project is promoted by the Jean Monnet Centre of Excellence of the University of Trento in collaboration with the Osservatorio Balcani Caucaso Transeuropa and with the support of the European Union.

The veto has not always been used in these terms...

Before the accession process was so politicised, the European Commission held the steering wheel firmly in its hands. This was not the case, however, in the case of Macedonia, a country that is entitled to membership as much as Croatia, for example, was. The EU has proposed 10 times to open negotiations. The member countries, however, opposed it because of the dispute with Greece over the name of the state, Macedonia or North Macedonia.

It must be remembered that bilateral issues are not the only cases in which countries have exploited the bond of unanimity for their own interest. For example, we have the case of France, where last year the opening of negotiations with Albania and North Macedonia was vetoed for internal political reasons. The reasons were the European and administrative elections at the beginning of 2020. Then last spring, in the middle of the pandemic, when no one cared about negotiations, the accession agreements with the two countries were given a "green light".

What would enable the EU to overcome this impasse?

We propose a reform of the system: to introduce qualified majority voting in the accession negotiation process, made up of 55% of the member states making up 65% of the European population. Indeed, it is unlikely to find a coalition of small countries to take sides against Italy, France, and Germany...

When we made this proposal we were told that it was not realistic on two points: there is no political push to change the procedure; the solution would involve changing the treaties.

However, the criticisms are false. Already in 2018, the European Commission had proposed to expand qualified majority voting to three areas of the common foreign and security policy. In addition, it is not necessary to change the treaties because art. 31 par. 3 provides that the European Council with unanimity vote can decide whether to introduce a qualified majority in matters of foreign policy.

In addition, many believe that this new procedure would only speed up the process by losing the possibility of punishing countries that did not respect the procedures. That's not true, just remember the case of Turkey – in 2017 and 2019 the European Parliament voted for a formal suspension of negotiations with a country that has practically become a dictatorship. But this did not happen, because the European Council did not reach unanimity on the issue: in this case, therefore, it was the unanimous vote procedure that prevented sanctions against Turkey. Voting with a qualified majority would restore rationality to the entire process.

Which member states could give momentum to this change?

France is reluctant to take this step because it already has a dominant position in foreign policy thanks to its vote in the UN Security Council, its nuclear weapons, its role of global importance. For example, it has more international power than Germany. France, therefore, would never give up unanimity without receiving something in return, e.g. the introduction of qualified majority in fiscal policies.

For a long time Germany did not have the slightest intention of talking about this, but a few years ago there was an opening in this sense; in the light of these changes one could imagine future changes.

If there is a push from the larger countries, I find it difficult for the smaller ones to oppose it.

It should also not be forgotten that the qualified majority does not actually deprive a country of the right to block the entry of a candidate. Member states would still have the opportunity not to ratify the accession treaty. But the latter is a completely different scenario: it would be just one last step to be taken and there would not be, like now, hundreds of intermediate steps, each of which can be vetoed.

Have the European institutions already reflected on the possible modification of the procedure for accession negotiations?

Yes and no. What we saw in 2019, the discussion on the new methodology for the accession process, which was then adopted at the beginning of 2020, is a kind of "scalpel" that touched on some points, but was not a real institutional reform. And this was seen in the recent case of Bulgaria.

Our proposal seems sensible to us and in any case it is the only way forward. What we have experienced so far, despite the promises of 2003 in Thessaloniki, is the absence of a profound, radical, and sensible change, and we are paying for this as the EU in the candidate countries.

Do the Balkan countries really want to join the European Union or is Euroscepticism starting to emerge?

That's the point. First of all, which countries are negotiating? Serbia and Montenegro are negotiating, Montenegro is ahead, closing several chapters, but still we are far from the accession treaty. Serbia is moving more slowly due to internal political problems, the democratic backsliding of the last eight years.

North Macedonia, on the other hand, is only knocking on the door.

Unfortunately, to answer the question it is enough to mention a statistic. In 2009, a few months before visa liberalisation – the only real "carrot" that countries have received since 2003 – 73% of Serbs supported EU membership. In 2019 the percentage was around 50%; in 2016 when we started these discussions it was 46%.

However, the conclusion should not be drawn that there are real geopolitical alternatives. In my opinion, a referendum would give a very different outcome from the polls: the latter only illustrate the deep desperation, the broken dream of an entire population.

Furthermore, for example in Serbia, the EU is losing the support of the pro-European population. What the Union is letting Orbán get away with is also apparent to the candidate countries, that wonder: if the Union tolerates this, do we really want to join?

In the accession process, the European Union is like someone who has water leaking into their apartment due to the bathroom of the neighbour upstairs; what we are doing is painting our ceiling without taking the tools and fixing the problem in the neighbour's bathroom. As long as we have this absurd situation in the EU countries where we tolerate undemocratic regimes, in the candidate countries on the one hand we will have similar regimes, and on the other hand the population itself, the real engine of the European Union, will stop believing in the common project.