Not a matter of taste 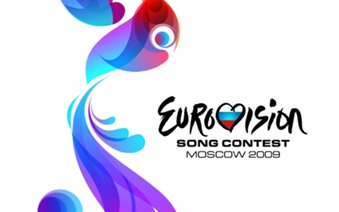 Among those who voted for Armenia's representative on the Eurovision song contest, which took place in Moscow last May, there were 43 people from Azerbaijan. A few weeks ago, the Azeri police interrogated them about why they voted the way they did

While to some, the Eurovision song contest is just a mediocre show of performers representing their countries in an overly exaggerated music competition, there are others who feel this contest is extraordinarily important. In any case, it is fair to say it was never a simple music contest - not in the Caucasus at least, especially now that all three neighbours are part of the competition. For Azerbaijan, however, this might as well be the last one (it participated in the contest for the first time last year). Given the recent group of Eurovision voters who were called in for questioning by Azeri forces, there is a chance the country will be disqualified.

The Eurovision song contest was launched back in 1956. Its purpose was to serve as an instrument to bring harmony to countries battered by wars. It is run under the auspices of European Broadcasting Union (EBU), a group of public television companies. The winners are picked by juries made up of music industry gurus set up in each participating country, as well as by millions of viewers voting by phone or SMS. Voters, however, are banned from voting for their own country's contestants. Nowadays, Eurovision has become the longest-running TV show, as well as one of the popular shows, at least in the countries that participate.

But while it started out as an initiative for harmony, it has turned into something else. Though apolitical in nature, the show has become a stage for the exchange of political messages (all of which are very childish in nature), especially between Azerbaijan and Armenia. . When Eurovision officials removed a "We are our mountains" image - a memorial from the contested Nagorno-Karabakh region - from the graphics, Sirusho, a presenter from Armenia (and previous Eurovision Armenia contestant), held up a photo of that very same image during Armenia's voting time. Azerbaijanis used Iranian statues and monuments in their introduction. During the broadcast of the contest in Azerbaijan, Azerbaijan's in-country broadcaster removed information about how to vote for Armenia's group, Inga and Anush, from the screen. But this didn't stop some Azerbaijanis (43, to be precise) from voting for Armenia.

About three weeks ago, those same 43 Azerbaijani citizens were summoned by the National Security Ministry, which officially stated that their questioning was a matter of national security.

Rovshan Nasirli, one of the 43 voters tells the story. "The National Security Ministry summoned me and started asking why I voted for the Armenian group. They were trying to put psychological pressure on me, saying things like, 'you have no sense of ethnic pride. How come you voted for Armenia?' They made me write out an explanation, and then they let me go" he told to Radio Free Europe/Radio Liberty.

Of course, little did Rovshan know that his vote would cause so much commotion, especially since he thought that the Armenian performance and song was more Azeri than Azerbaijan's representative's song: 'Always', performed by Aysel and Arash. He never imagined he would be called "unpatriotic" by the official authorities because of his vote.

It is not surprising that Azerbaijan's National Security Ministry denied any acts of humiliation or psychological pressure on the voters. Its representatives said it was an attempt of cautiousness: they wanted the voters to explain their reasoning for voting. Interestingly, they didn't call in anyone who voted for any other countries, nor did they say anything about why it was necessary to violate people's privacy by seeking out all those who voted for Armenia, and then to call them in for questioning. According to local human rights activists Avaz Hasanov, this is yet another indicator that the Azerbaijani government is moving towards a police state.

A different side of the story came from a local public television channel, Ictimai. It was assured last week that "no one was invited to or interrogated at the Ministry of National Security with regard to the 2009 Eurovision Song Contest. Therefore, all reports on this issue in the media are groundless and continuing them does not follow any logic." This was despite the fact that the Ministry had previously said that it did indeed invite the aforementioned voters, but only for national security reasons.

Whatever the aim was, it might actually cost Azerbaijan its right to participate in the contest. Currently, the European Broadcasting Union is investigating the case. Svante Stockselius, Executive Supervisor of the Eurovision contest, said in a statement to RFE/RL that "we have very strict rules of what can and what cannot be done. It is our duty to ensure that the rules are followed by the participating members. We have a very clear system, ... if one of our members breaks the rules, it has to pay a fine or they also could be expelled and disqualified from participating in the contest for three years." A similar statement came from the Director General of EBU, Jean Reveillon. "Any breach of privacy regarding voting or interrogation of individuals, is totally unacceptable," Reveillon said.

But because the two countries are in the midst of peace negotiations over the disputed territory of Nagorno-Karabakh, this sort of a blip could add more strain to an already tense situation. People of the two countries are growing more and more worried about the future. Will there be a war or will peace finally be ensured?

Whatever happens in the end, seeing some Azeris voting for Armenia (as well as 1,065 Armenians voting for Azerbaijan) during this year's Eurovision song contest showed that somewhere, possibly very deep down, there is still some hope.