Restless Armenia: before and beyond Electric Yerevan 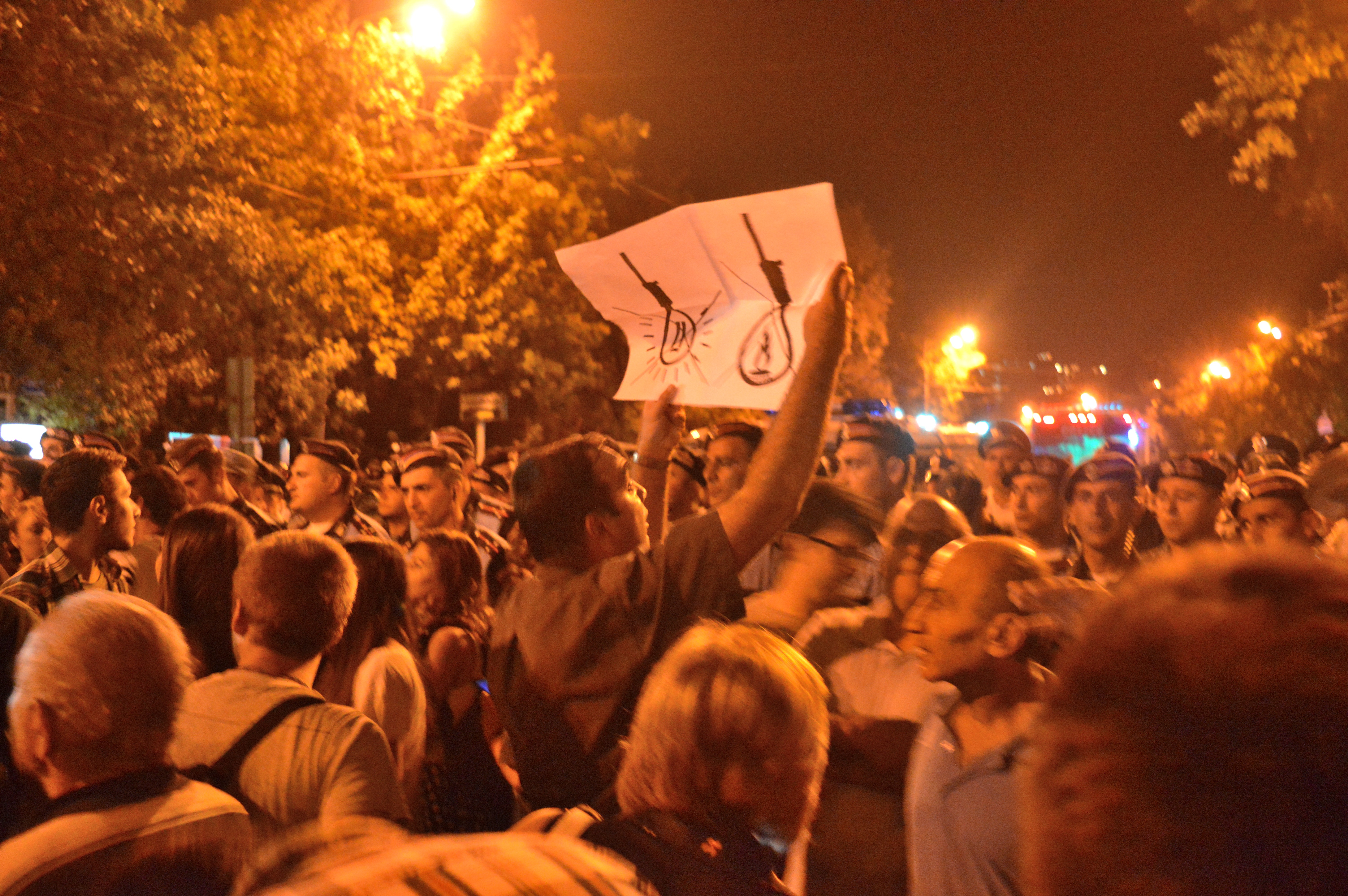 The long wave of protests in Armenia is not coming to a halt. After Electric Yerevan, which resulted in unprecedented activism this summer - inflaming downtown streets  and attracting the attention of major international media - holding court now, is a protest movement against a constitutional reform.

Not as disruptive, of course, but a symptom no less to be reckoned with for a democracy, that of the Armenians, that has become increasingly combative. A movement which roots go further back than Electric Yerevan, vitality of which seems to go from one battle to another, remaining intact, managing to involve and mobilize the young and the old. A mostly spontaneous strong political commitment that struggles though to define a political framework or stable forms of organization: which is, perhaps, its most evident limit. There is a lot of improvisation, in Yerevan, accompanied by a lot of passion.

Last in chronological order is the protest movement called "VOCH", which in Armenian means "No". A front that stands in opposition to a constitutional reform that many believe gives way to an authoritarian country. Many are the street demonstrations that have already been carried out, and everything leads to suggest that there are more to come.

Among the republics born coinciding with the end of the USSR, Armenia is one that has better been able to ward off the ghosts of authoritarianism. Yet, after the success of the first years of independence, a class of oligarchs has grown in the shadow of Ararat, abusing even of the isolation due to a double-closed border with Azerbaijan and Turkey, and the conflict over Nagorno- Karabakh. A class that, to the sound of monopolies and abuse, has crushed the economy of the country, and bent politics to its interests. And precisely going against the oligarchs, first and foremost, is what the Electric Yerevan movement did.

Now, many interpret the new constitutional reform as an attempt by the Republican Party in charge of the government, to consolidate its own power at the expense of the opposition, increasingly divided and weak. It proposes, in short, to move from a semi-presidential system to a parliamentary republic: the president would only be representative, while executive power would go to the premier instead. The premier, however, would be elected by the parliamentary majority and not by the citizens. In addition, causing a stir is an amendment that would allow for the possibility of a second vote - which would only be possible by the two major parties or coalitions - aimed at creating an absolute majority in parliament if this does not occur from the first round.

"The draft constitution implies the substantial risk that the country slides into a de facto one-party system," said the former President Robert Kocharyan on his website. What many fear, in fact, is that the current President Serzh Sargsyan - whose mandate expires in 2018 - wants to use the reform to perpetuate at liberty his power in the country. Today President, Premier tomorrow, with large parliamentary support guaranteed by the constitution, a hegemony which would be difficult to curb. The reform was passed by parliament on October 5, and must be ratified by a referendum on December 6. Many in Armenia say that they are ready for a fight.

The beating of Smbat Hakobyan

It was actually at an anti-government demonstration that an episode took place which has deeply shaken the public opinion of Armenia: the beating of political activist Smbat Hakobyan. A 53 yr. old male - veteran of the Nagorno-Karabakh war - was savagely beaten on September 21, Independence Day in Armenia.

Member of the Association of Free Fighters, a group of strongly critical veterans of the government, Hakobyan was returning from a demonstration that was held near the headquarters of the Republican Party, when he was approached by some men, taken to a secluded area and beaten bloody. The particularly violent assault cost him also fractures of several ribs and a bruised lung. Now, according to what was stated by the victim, one of his "six or seven attackers" would be a person by the name of Tigran, bodyguard of the oligarch Ruben Hayrapetyan. President of the Armenian Football Federation and close to the government, he, however, denies the allegations of the veteran, whom he does not hesitate to describe as a "notorious liar". According to Hakobyan, the reason behind what happened is a brawl that occurred during the Yerevan Electric protest.

Like an underground river that suddenly disappears into the bowels of the Earth and rises up to the surface from time to time, deep anxiety continues to mark Armenian civilians in recent months. In conjunction with the protest against the constitutional reform, there was also a last attempt to revitalize Electric Yerevan. Taking advantage of the end of the universities’ summer breaks, a last blow occurred in the night between September 11 and 12. A few hundred people managed, for the last time, to block the main Baghramyan road, Parliament, the President's residence and several embassies.

The event has shown, however, all the limitations of a spontaneous and uncoordinated protest. The response of the police, however, was effective, as they managed the demonstration on the city’s main road in the best way possible. Despite the eviction - which took place in the very early hours of the morning - the violent episodes that had characterized the movement on June 23 were not repeated.

It is too early to say whether such events will bring the desired results - or a change of direction in the policy of Armenia.  It is however important to note that the efforts of recent months have already yielded some tangible outcomes. The most important of which is perhaps having partially managed to shake off the Soviet torpor, which has continued to rage for years in the country after the fall of the USSR. There is - at least for some young people - a new desire to get involved and believe in the future of the country.  For Armenia, where demography is a national emergency, this is not something to be overlooked.