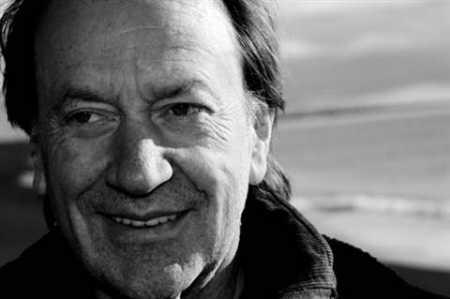 'Honeymoon' will be the first Serbian-Albanian film co-production using the internationally famous Serbian director, Goran Paskaljevic, and the promising Albanian screenwriter and producer, Genc Permeti. An excellent contribution to the cultural cooperation between the two countries

For over a year, there has been talk in Albania of a common Serbian-Albanian cinematographic project. Paskaljevic developed the idea after having seen Slogans, a film by the Albanian director, Gjergj Xhuvani, and screenwriter and novelist, Ylljet Alicka, at the Cannes film festival in 2003. The film is based on a story by Alicka with the same title. Paskaljevic liked how Alicka depicted communism; portraying the reality and grotesque with distance and irony, without being bombastic. He had already selected one of Alicka's stories published in French for the screenplay of his Serbian-Albanian movie (from the collection, Friends of Stone, published in Italy in 2007). For the film project, he had initially foreseen the participation of Faruk Begolli, a Kosovar actor with a prominent presence in former Yugoslav cinema; unfortunately, Begolli passed away a few months ago.

However, the collaboration with Alicka did not work out because, as the two filmmakers discretely suggested, their ways of working turned out to be quite divergent. Nevertheless, the Serbian-Albanian project did not fail. On the contrary, it even obtained funding from the Albanian Cinematographic Centre, but this time for a Paskaljevic-Permeti collaboration, and with a new script written by the two artists.

There will be two parallel stories: one about an Albanian couple, which takes place in Albania, and the other taking place in Serbia and involving a Serbian couple who end up migrating to Europe where they find themselves as second-rate citizens.

There will be no word of the relations between the two countries or the current political context in the Balkans, but the intent is to draw out commonalities between the two societies, which resemble each other and have similar goals, without sparing criticism of the EU.

Paskaljevic was in Tirana over the past weeks to select the actors; all very young graduates of the Academy of Drama in Tirana. In addition, according to Albanian press, which followed the director's search in Albania quite closely, Paskaljevic saw dozens of Albanian films from the 1980s in order to select several known actors, from among the best in Albanian cinema. The Serbian actors have also been selected but the names are not known yet. The Albanian part of the shooting, which is to start in autumn, will take place in Mat, an area in the north of the country.

The news was welcomed with enthusiasm in Albania where the Serbian director was known primarily for his continuous presence in the jury of the Tirana Film Festival. The collaboration of young Albanian filmmakers with the great director of international cinema was particularly emphasised. Paskaljevic's films however, remain little known to the Albanians because of the poor conditions of the film distribution industry, and the decline of cinema during the post-communist years.

"This would be the first Serbian-Albanian film and a project through which we want to demonstrate our openness towards Serbia, because we are peoples who are close by and have much in common. This is the purpose of culture," repeated Genc Permeti to the media in Tirana. Equally promising were Paskaljevic's words: "With this film we will demonstrate that Serbs and Albanians are capable of giving each other an open arm and collaborating. This is the message we want to convey."

For the time being, Muaj mjalti/Medeni mesec has received only minor attention from Serbian media, but nevertheless many interviews and news underlined the Serbian-Albanian character of the project, all of this in a moment of regional political tension because of the issue of Kosovo.

"I think that cooperation between Serbs and Albanians is the right thing and there is no need to waste words explaining that collaboration is better than war," said Paskaljevic in an interview for the Serbian daily Blic. For the online journal, SEE.cult.org (portal for culture in Southeast Europe), Paskaljevic said "It seems that artists understand each other better than politicians. There is no ancient hatred between our countries. It was invented by the ultranationalists on both sides, and this stopped us from meeting, knowing each other, and exchanging experiences."

The film turned into a good opportunity to talk about Albania in Serbia, away from the usual geopolitical schemes and Balkan clichés, which are still present in spite of the recent improvement of cultural and economic relations between the two countries.

"I think that we in Serbia have still not understood that there is an enormous difference between Albania and Kosovo. Albania has had a very difficult path after decades of isolation under Enver Hoxha, and what they want now, in my view, has nothing to do with Greater Albania. And, I think that their European integration is also wanted by Serbs. Thirty-five percent of the Albanian population are Orthodox, 15 percent are Catholic, and 50 percent Muslim. There are many mixed marriages and no one cares much about cultural differences. What brings people together is the improvement of the standard of living and the pursuit of European values," said the Serbian film-director for the Belgrade daily Blic.

One should nevertheless wait to see what the reactions on both sides will be. In Albania, where public opinion continues to exist in an Albanian-centric mind-frame, confined by the country's borders and little awareness of what is happening in the region, there have not been any negative reactions.

In his interview for Blic, Paskaljevic referred to the negative reactions from the ultranationalists in Kosovo but without giving further details. As for reactions in Serbia, where the political climate is dominated by the question of Kosovo, the Serbian director, recalling the dark years of the Milosevic regime during which he was a dissident, said: "There is the risk that they label me a 'traitor' again".

Filming starts in a few months. Current plans are that the production should be handled by the Ska-ndal centre of Genc Permeti. However, collaboration with and support from Swiss, French, and German centres is also foreseen. Little details are known now, but the optimism of Permeti and Paskaljevic raises hope of a great contribution to the cultural cooperation between the two countries.