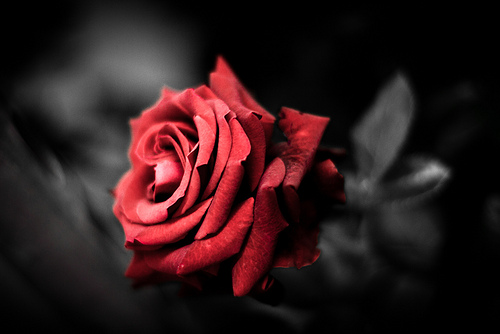 A phenomenon that has exploded in the last 20 years. In Albania an increasing number of women undergoes surgery in order to regain virginity. For marriage. A report

In Albania, every day three girls undergo a very particular surgical procedure: a simple 20-minute gynaecological intervention to become virgins again. These girls are between the ages of 18 and 30. They decide to present themselves as virgins to the man they are going to marry, putting their previous sexual relations in the past.

In recent weeks, this data hit each of the main daily papers in the country and was later confirmed by doctors of the main gynaecological clinics of Tirana. The majority of these doctors prefers to remain anonymous.

Operations are done in secret, as they are banned by gynaecological clinic rules, while they are not disciplined by nor mentioned in any piece of the Albanian legislation. Further secrecy is ensured by the privacy safeguarding the girls who request the operation.

There are thus no structured statistics, but doctors who face this phenomenon on a daily basis confirm its incidence is everything but laughable.

Operations are done in secret, as they are banned by gynaecological clinic rules, while they are not disciplined by nor mentioned in any rule of the Albanian legislation. Further secrecy is ensured by the privacy safeguarding the girls who request the operation.

There are thus no structured statistics, but doctors who face this phenomenon on a daily basis confirm its incidence is everything but laughable.

The added value of virginity

‘It is a very complex phenomenon that does not concern girls coming from rural areas only. Anything but, in fact. The majority of operations takes place in Tirana and the major urban centres of the Country’, states Rubena Moisiu, head of the Kiço Gliozheni clinic in Tirana.

According to Tirana gynaecologists and sociologists, this has become a mass phenomenon in the past 20 years. Experts often underline that much of it is due to the high Albanian male emigration to Western Europe.

Many young Albanians who emigrate find wives in their home Country. They often keep long-distance relationships, due to the bureaucratic difficulties of family reunification procedures and the limited freedom of movement that, as Albanian citizens, they enjoy in the Schengen Area. Therefore, despite it having socially become an old-fashioned detail, female virginity is back in vogue as a synonym of faithfulness and potential trust in the female partner, as well as a good omen for difficult distance relationships.

‘It is not only due to the phenomenon of male emigration’, a gynaecologist from Tirana who prefers to keep her identity hidden, says. ‘It is directly connected to the chauvinism rooted in Albanian society. Male sexual freedom is well accepted, while female sexual freedom becomes a disadvantage once women get married’.

‘Until the 50s, in this country a woman had to hang out her blood-stained sheets after the first wedding night, to prove her virginity to her husband, relatives and neighbours. It is exactly the same phenomenon. Some women even come to the clinic accompanied by their partners, who want to verify their young wives’ virginity when they do not bleed during their first sexual act. This happens in 38% of cases’, the gynaecologist continues.

‘In the Balkans we have not had the same social development as in Western Europe. No industrial revolution and scarce urbanisation, which led to women’s emancipation and  a reconsideration of the value of virginity. In a way we can say that virginity holds more or less the same value it did in 19th century Western Europe’, as explained by Zyhdi Dervishi, university professor and author of various studies on Albanian women’s history.

It is not hard to find someone to carry out the operation. ‘It is not legal, but we list it as a simple gynaecological check-up’, explains a gynaecologist who prefers to remain anonymous. To my question as to whether she accepts to perform such operations or not, she answers that she does it because she has no choice. ‘These are desperate girls whose future, whose happiness depend on trivial things such as this. It is not their fault, it is the men’s fault: it is them who have this type of patriarchal and backward mentality’, she states.

Less than 20 minutes under local anaesthetics, a cost of 200 Euros in public clinics, and women are ready to lose their virginity again. In private clinics, however, costs are higher. According to gynaecologists, many women use the latter, thus escaping the informal statistics currently published by the Albanian media.

Of course, as all operations, this one also has side effects that should not go underrated. ‘With this operation, women are prone to infections and inflammations of different kinds. During the sexual act, the haemorrhage can be greater than normal and, in extreme cases, it can lead to the woman’s death’, gynaecologists explain.

Since the fall of Communism, the way young Albanians relate to each other has undergone radical changes and moved towards greater sexual freedom.

Many sociologists have defined the phenomenon as an actual sexual revolution, even though it is not comparable to the Western model, as it is devoid of feminist features or left-wing political ideologies.

Paradoxically, however, the current so-called sexual revolution finds women in weaker socio-economic conditions compared to 20 years ago, in a society that increasingly promotes values that are typically male and better suited for transition and savage capitalism.

According to the latest years’ statistics, Albanians lose their virginity around the age of 13, the lowest age among the countries in the Balkans. Complementary data, published by Albania's Public Health Institute, show that most youngsters live their sexuality ver naturally and without feeling any moral or religious pressures from society.

This data, however, is in obvious contradiction with the ‘return to virginity’ trend. Besides, the opinions of young men filling the Albanian blogosphere also seem to be inconsistent with the above mentioned data.

‘I’d never marry one of the girls I’ve had, I wouldn’t trust them’, a man comments on one of the numerous threads on this subject. While another man compares his relationship with a woman to the one he has with his brand-new car, comparing the advantages of virginity with those of buying a new unused car. Extremely chauvinistic comments by young men are so irritatingly many. There are few women, though, who try and make people see reason on the hypocrisy of 're-virgination'.

The comments are mainly posted by very young people and feature a sort of absorption of a sexual model where the man is traditionally less penalised by society, while the woman, as some ancient patterns of patriarchal honour want her, remains vulnerable. As Zyhdi Dervishi, author of the study “Women in the Eye of the Storm” states, ‘It is the same kind of vulnerability of some rural and patriarchal societies that have not undergone industrialisation and urbanisation’.

The legacy of the regime

Hoxha’s regime and its cultural legacy, still rooted in the country, did not provide any positive contribution. Enver Hoxha widely exploited the social-control tools discovered and reinforced in the most traditional aspects of Albanian society: the sense of clan-family and sexuality bound by a sense of honour, indeed giving it a political value.

Virginity was considered a moral value, thus it went hand in hand with a clean political record within the party. It was considered anything but private, and often couples’ problems took on a political dimension and were denounced during the party’s group meetings. In these cases, the community made the decisions on what to do.

This is also discussed in the novel “The Country Where No One Ever Dies”, by Ornela Vorpsi. In her first book, the Albanian author describes the stigmatising – as a morally loose woman – of the wife of a man who had been confined due to not being in line with the party’s dictates. The enemies of the party were often automatically labelled as sexually immoral and disrespecting of the family.

Besides the subject being scarcely tackled by the media, the phenomenon of sexuality and its social values are not even being researched in today’s Albania. Given the weakness of civil society, neither are there any campaigns to raise awareness and contribute to bridging the gap between new customs and ancient social rules.