Media and COVID-19: the risk of restrictions on media freedom 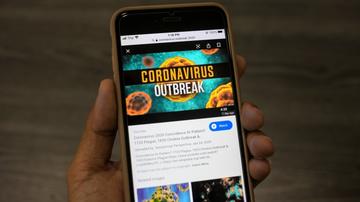 The state of emergency can be and will be exploited by authoritarian regimes, this is clear, but the risk is that this kind of abuse and violations of media freedom will also occur under the supervision of democratic governments. That's why many international organisations start to be worried and call on European leaders to grant freedom of expression and the right to free information despite the crisis.

“Journalists' access to information must be guaranteed in all cases and by all means”: this is the strong statement issued by the European Centre for Press and Media Freedom (ECPMF), here in its full text .

“Independent journalistic work and news coverage play a crucial role in pandemics like the Coronavirus crisis we are currently facing. While we recognise the importance of stringent measures to safeguard public health, we, the European Centre for Press and Media Freedom (ECPMF), call on European leaders not to exploit emergency measures to legitimise restrictions on press and media freedom in any way”.

“Now, more than ever, we need reliable journalism, resting on the standards of professional ethics, to keep the public informed and to scrutinise the measures taken in response to the global health threat. We need accurate information, including in-depth research by science journalists, to counter rumours and disinformation that could lead to panic”: this invitation to all Member States was issued by the MSI-REF Committee of Experts on Media Environment and Reform of the Council of Europe, that also underlines that “the crisis situation should not be used as a pretext for restricting the public's access to information. Neither should states introduce any restrictions on media freedom beyond the limitations allowed by Article 10 of the European Convention on Human Rights”.

International organisations urge governments to grant free access to press conferences, to protect freelance workers, to grant transparency of sources, and promise to engage in a precise monitoring of violations and risks.

Among the first violations, a new draft legislation in Hungary is threatening journalists and others accused of spreading “false information” with jail: the International Press Institute (IPI) calls it “a step toward total information control and the further suppression of press freedom in the country”, and has sent a letter to Vera Jourova , Commissioner for Values and Transparency, urging the European Commission to defend media freedom.

“In a period when our citizens’ fundamental rights are being suspended around Europe, the need for media scrutiny to ensure no abuse of these new powers are stronger than ever”, says Barbara Trionfi, Director of the International Press Institute.