Italy and Bosnia and Herzegovina: the Balkans and the EU from one century to another 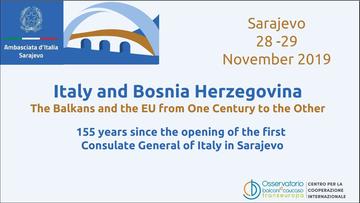 On the 155th anniversary of relations between Italy and Bosnia and Herzegovina, an international conference co-organised by OBCT is being held in Sarajevo on November 28th and 29th, with the participation of Bosnian, Italian, and international analysts and experts as well as political representatives of the two countries

"If there is one striking aspect in the relations between Italy and Bosnia and Herzegovina through the centuries, it is that rarely two lands without a common border have had so much historical and human contact". Thus Nicola Minasi, Ambassador of Italy in Sarajevo, opens the conclusions of the volume “Italy and Bosnia and Herzegovina. 155 years of history together", which accompanies the celebration of a century and a half since the start of diplomatic relations between the two countries. 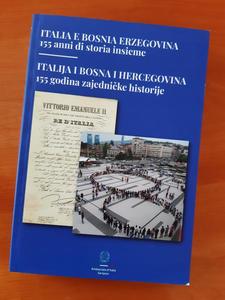 For this occasion, on November 28th and 29th, an international conference is scheduled in Sarajevo, organised by the Italian Embassy in Bosnia and Herzegovina and OBC Transeuropa, titled "Italy and Bosnia and Herzegovina: the Balkans and the EU from one century to other. 155 years since the first Consulate General of Italy in Sarajevo”, with speeches by Bosnian, Italian, and international analysts and experts as well as political representatives of the two countries.

Italy will be represented by three members of the Committee for Foreign and EU Affairs of the Chamber of Deputies: president Marta Grande, vice-president Piero Fassino, and MP Maurizio Lupi.

The first of the four panels will open on November 28th at the Hotel Holiday (Zmaja od Bosne, 4) at 9.00 am, after the greetings of Minister of Foreign Affairs of Bosnia and Herzegovina Igor Crnadak, EU Head of Delegation Ambassador Joahnn Sattler, Ambassador Minasi, and director of OBC Transeuropa Luisa Chiodi.

The first panel, through the presentation of the volume edited by Ambassador Nicola Minasi, will address the history of relations between the two countries, starting with the opening of the first Consulate General of Italy in Sarajevo on June 20th, 1863. Speakers include Alfredo Sasso, collaborator of OBCT, who will give an overview of the volume and the contribution it offers in understanding the 155 years of bilateral relations; Eric Gobetti, a historian from Turin, who will focus on the years of the Second World War, when Yugoslavia was invaded by the Axis forces and the Italian army operated as an occupying force; and Marzia Bona, researcher at Eurac, who will present the results of a study conducted with Marco Abram for OBCT on the mobilisation of solidarity of Italian civil society towards Bosnia and Herzegovina during the Yugoslav dissolution wars of the 1990s. 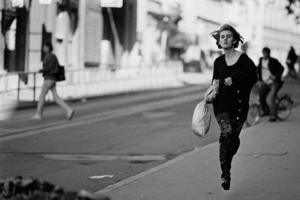 The last panel of the day will be devoted to possible models of relations between Europe and the Balkans, also in view of the European Council of next December and after the sharp slowdown in the process of integration of the Balkans resulting from the French positions at the European Council of last October. Speakers: Miruna Troncotă, National University of Political Studies, Bucharest; Adi Ćerimagić, European Stability Initiative (ESI); Jasmin Mujanović, Elon University, North Carolina; Damir Kapidžić, University of Sarajevo; and Jens Woelk, University of Trento.

On Friday, November 29th, starting at 10.00 am, always at the Holiday Hotel, director of OBCT Luisa Chiodi will moderate a session on the theme “Telling the Balkans: regional issues and international relations. The Balkans and Europe in the media”. Four major area representatives will participate: Zlatko Dizdarević, writer and diplomat as well as journalist; Valerie Hopkins, who covers Central Europe and the Balkan region for the Financial Times; Elvira Jukić, editor-in-chief of "Mediacentar Sarajevo", and Aleksandar Trifunović, journalist of the online newspaper Buka, based in Banja Luka.

Two days of analysis and reflection, with the hope that, as the conclusion to the book realised for this occasion reads, “the next few years can be rich of new fruitful exchanges, in peace and coexistence – acknowledging difficulties, but also offering the right incentives and the right instruments for a wise integration, in the country and with the European Union, which will hopefully be able to effectively secure the commitment of all".

Simultaneous translation into Italian, Bosnian, and English is provided.

The conference will be broadcast live on OBCT's Facebook page.

See the detailed programme on the website of the Embassy of Italy in Sarajevo here.