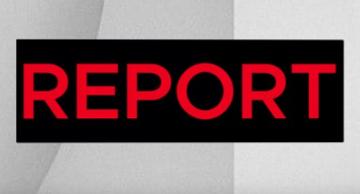 The partner organisations of the Media Freedom Rapid Response (MFRR) today express serious concern over the searches carried out by police at the offices of Rai 3’s investigative programme ‘Report’ and the home of investigative journalist Paolo Mondani. We urge the Italian Anti-Mafia Investigative Directorate (DIA) to provide assurances that the confidentiality of journalists’ sources will not be jeapardised and to reaffirm its respect for the principles of press freedom

The MFRR joins the Federazione Nazionale Stampa Italiana, the Unione Sindacale Giornalisti Rai and the Ordine Dei Giornalisti in raising alarm about the heavy-handed actions of the DIA and the Guardia di Finanza on May 24, which led to searches of Report’s journalist’s computers and mobile phones. These searches at Rai’s offices and the home of a journalist raise serious questions about the protection of journalistic freedoms.

While the decision by the Caltanissetta District Anti-Mafia Directorate to revoke the search order is welcomed, we are concerned this incident is another example of the lack of respect for journalistic source confidentiality by state authorities in Italy, a right which is protected under both domestic law and reiterated by the case law of the European Court of Human Rights.

The raids came one day after Report broadcasted a show prepared by Mondani entitled "The Black Beast", which was shown to mark the thirtieth anniversary of the 1992 Capaci bombing which killed renowned anti-mafia judge and prosecuting magistrate Giovanni Falcone, together with his wife and three policemen of his security detail. It examined the murder and revealed “forgotten documents” about possible links between the extreme right and the mafia in carrying out the assassination.

The new information related to the presence of a neo-fascist leader along with mafia bosses near the scene of the attack a few months before the crime was committed. The report suggested several mafia members had revealed to investigators the relationship between the leader of the Avanguardia Nazionale, an Italian neo-Nazi group, and the mafia, but their testimonies were never properly investigated.

The early morning searches by DIA agents were conducted as part of a wider investigation into the source of a leak of information to the media about prosecutors’ investigations into the Capaci massacre. Explaining its decision, the Caltanissetta Prosecutor's Office rejected claims that testimonies were not properly investigated and said the searches were related to a “leak of judicial information” and verifying “the authenticity of the sources”.

While our organisations recognise the work of the DIA and all state authorities in bringing those responsible for historic mafia-related killings to justice, in this case the rush to identify the source of a leak of information was disproportionate and clearly infringed on the right to confidentiality of Mondani's sources. The team at ‘Report have since confirmed they would have cooperated willingly with authorities.

The implications of these searches are serious. The protection of journalists’ sources and of whistleblowers is one of the basic conditions for press freedom and must be treated with the utmost caution. The potential violation of these principles in this case will have a detrimental effect on the willingness of sources to come forward and assist the press in fulfilling its watchdog role.

In this case, the actions taken against a well-known and professional investigative journalism programme such as Report also creates a chilling effect on the wider Italian journalistic community, especially among those investigating crime and corruption linked to the mafia. It is clear the initial permission to conduct the search by the Caltanissetta Prosecutor's Office in Sicily was granted without consideration for these principles.

Moving forward, our organisations urge the DIA and the Guardia di Finanza to provide guarantees about the respect for journalistic source confidentiality and issue a formal apology to Rai 3, Report and Paolo Mondani. Recognition of the detrimental impact this type of searches can have on sources’ protection and public interest journalism is crucial for ensuring the trust of journalists in law enforcement authorities.

At the wider level, a robust and comprehensive framework for sources’ protection should be a priority of the Italian government and parliament in their mandate to improve the landscape for press freedom. We will continue to monitor the situation and look forward to seeing the response of the competent authorities.