Greece: Full scale of surveillance on journalists must be unearthed 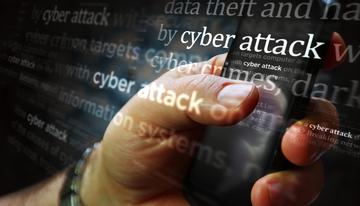 MFRR partners back calls for the testing of mobile devices belonging to journalists in Greece who suspect they may have been targets of surveillance. The recent scandals require full transparency and accountability, and have underscored deepening concerns about the erosion of media freedom under the New Democracy government

The partner organisations of the Media Freedom Rapid Response (MFRR) today back calls for the testing of mobile devices belonging to journalists in Greece who suspect they may have been targets of intrusive spyware or other advanced surveillance.

The recent scandals regarding spyware attacks and wiretapping of journalists require full transparency and accountability, and have underscored deepening concerns about the erosion of media freedom under the New Democracy government.

So far it has been revealed that in summer 2021 financial journalist Thanasis Koukakis had his phone hacked using a spyware tool called Predator. He was also separately wiretapped by the Greek security services under obscure “national security” grounds. There is also evidence that Stavros Malichudis , an investigative journalist for Solomon covering refugees and migration, was also surveilled by intelligence bodies in 2021.

Both cases represent major violations of journalists’ privacy, journalistic source protection and press freedom. In neither case has accountability been reached or the full truth revealed. Our organisations share concerns that these cases could potentially represent the tip of the iceberg of deeper surveillance of Greek journalists by state and private actors.

In late September, Greek journalists and foreign correspondents issued an appeal to the European Parliament for funding and facilities to test their mobile devices for traces of surveillance. Currently, the EU’s internal cyber-security mechanisms only have a mandate for testing the devices of MEPs and other EU officials.

As spyware and other advanced surveillance technologies become more prevalent across Europe in the coming years, the threat to democracy and civil rights will likewise increase. Already, multiple EU Member States - including Hungary - have abused these technologies to target journalists, activists and other members of civil society. In addition to tougher regulation, mechanisms must urgently be put in place to ensure that flagrant abuses of these cyber weapons against the media and others are swiftly identified and addressed.

Our organisations therefore support calls for the provision of funding from the European Union to help facilitate the testing of devices of journalists and other members of civil society in EU states where private forensic testing facilities are not available domestically, or where national authorities are unable or unwilling to help. This would give citizens and journalists, including those in Greece, a powerful tool to seek redress, help identify abusers of the technology and understand how deep the iceberg goes.

In addition to increased testing, additional steps must also be taken at the EU level to ensure that others do not join Greek journalists as victims of illegal surveillance. The European Commission’s recently launched European Media Freedom Act (EMFA) correctly recognises the recent evolution of surveillance threats and includes specific rules about the use of spyware against media, journalists and their families.

However, under the EMFA, Member States would retain exemptions that permit the surveillance of journalists using spyware without the need for prior judicial review in cases which involve threats to national security or other serious crimes investigations. This complete lack of legal oversight for use of military-grade spyware is highly problematic and leaves the door wide open to further abuses.

The fact that Thanasis Koukakis, a financial and banking journalist, and Stavros Malichudis, who was writing about a Syrian boy’s art prize at the time, were both wiretapped under “national security” justifications, offers worrying examples of how these exemptions are open to abuse by governments and intelligence agencies to spy on legitimate journalistic work. Article 4 of the EMFA must therefore be significantly strengthened if it wants to achieve real protection for journalists and their sources.

Moving forward, we also urge the European Parliament’s PEGA Committee of Inquiry to propose strong recommendations for tougher regulation on the sale, trade and use of these kinds of intrusive surveillance weapons inside and outside the European Union, and for far greater transparency from state institutions.

If and when additional infections are identified, both the surveillance-for-hire companies that market these tools, and any actors, including state intelligence or law enforcement bodies, who unjustifiably deploy them against journalists must be held accountable for these grave violations of fundamental rights.

Our organisations will continue to closely monitor the situation regarding media freedom in Greece and document all future attacks on journalists.