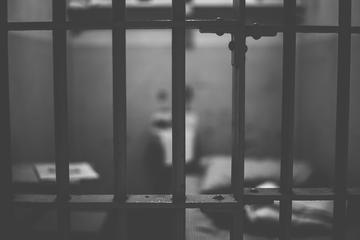 Here the press statement released by the delegation after a four-day mission:

Turkey’s press freedom crisis is worsening amid growing state capture of media, the lack of independence of regulatory institutions, and a new social media law designed to clamp down on the remaining spaces for free comment, a coalition of 11 international press freedom, journalism and human rights groups warned following a four-day mission to the country last week. They also flagged the continued jailing and prosecution of journalists as well as ongoing concerns over the safety of journalists and judicial independence.

The coalition held hybrid online/offline meetings last week in Istanbul and Ankara with journalists, civil society, members of parliament, the judiciary and other authorities to assess the newest threats to independent journalism, which this year have included detentions and criminal investigations of journalists who reported on the country’s management of the Covid-19 pandemic. Convened by the International Press Institute (IPI), the delegation also comprised representatives from ARTICLE 19, the Association of European Journalists (AEJ), the Committee to Protect Journalists (CPJ), the European Centre for Press and Media Freedom (ECPMF), the European Federation of Journalists (EFJ), Human Rights Watch (HRW), Osservatorio Balcani e Caucaso Transeuropa (OBCT), PEN International, Reporters without Borders (RSF) and the South East Europe Media Organisation (SEEMO).

Jailing of journalists and threats to their safety

In a meeting with the Human Rights Department of the Ministry of Justice in Ankara, mission members also called on authorities to ensure the prosecution of those responsible for physical attacks on journalists, which are on the rise, especially in local areas.

The safety of journalists remains seriously threatened by Turkey’s effective exclusion of journalists and political prisoners from an early release programme announced earlier this year to ease overcrowding in prisons in the context of the Covid-19 pandemic. Journalists who are already deprived of their liberty face a grave risk to their health.

Weakening the independence of the courts

Meanwhile Turkey’s authorities in recent months have widened their efforts to silence the press by stepping up online censorship through the new law targeting social media, mobilizing partisan regulatory bodies, and launching a new offensive against judicial independence by targeting Turkey’s Constitutional Court (TCC). On the day the mission met with the TCC and the Ministry of Justice, the Justice Minister announced his support for the ‘restructuring’ of the TCC in line with the country’s presidential system.

The proposal, initiated by the right-wing nationalist MHP party and backed by President Erdogan, woulds dremovestroyundermine any independence enjoyed by the TCC, which, despite delays in its decision making and on occasion failure of lower courts to implement its rulings, remains an essential guarantor of the fundamental rights embedded in the constitution, including press freedom.

The issue is critical given concerns that the general lack of judicial independence in Turkey has been the motor ofhelped fuel underpinned the government’s crackdown on the press.

Separately, in its meeting with the TCC, the mission urged the court to give greater priority to press freedom cases, including those related to website blockings, noting that many of these cases involve ongoing rights violations. The delegation also urged the court to select pilot cases that can set precedents for lower courts to follow and to address the problem of lower courts ignoring constitutional court rulings, which seriously threatens the rule of law. Delegates also raised the continuing problem of Turkey's criminal defamation laws and the need for clear judgements by the TCC on defamation cases to affirm the right to freedom of expression.

In its meeting with the Ministry of Justice, the delegation repeated strong criticism of the social media law that came into force on October 1 and that paves the way for greater online censorship. Social media platforms as well as online news sites are one amongof the last bastions for critical journalism in Turkey following the state-led takeover of mainstream media. While the government claims the measure is based on “similar” legislation in Western countries, Turkey’s courts and regulatory bodies lack the independence necessary to prevent abuse of the law. In practice the law therefore could serve as a new tool to silence critics online.

The response of the social media companies remains uncertain, but mission members fear that, should the law be implemented in its current form, the companies would effectively become an extension of the government’s censorship apparatus, complying with take down requests without the possibility of recourse to any independent review.

The delegation calls for an end to the misuse of state regulatory bodies, including the Radio and Television High Council (RTÜK) and the Press Advertising Authority (BİK), to punish and financially cripple independent media. RTÜK has stepped up a campaign of fines and broadcast bans on independent television broadcasters. While the office of the RTÜK chair declined the delegation’s request for a meeting, İlhan Taşçı, an opposition member of the body, received the delegation and agreed with its concerns about politically motivated targeting of critical broadcasters. Meanwhile, BİK, which press freedom groups met earlier this year, has increasingly issued spurious state advertising bans on critical newspapers. Both RTÜK and BİK are effectively controlled by the government and demonstrate a woeful lack of independence despite being nominally independent institutions.

The mission also met with representatives of 17 diplomatic missions in Turkey – a sign of the global concern over press freedom and the rule of law in Turkey – as well as the Delegation of the European Union. Mission members welcome the recent, unvarnished findings of the EU’s progress report on Turkey, which highlights a “serious backsliding” on freedom of expression. But the international community must step up its bilateral and multilateral efforts to bring Turkey back into the club of countries that respects the rule of law. Human rights issues, including press freedom, must not be held hostage to geopolitical developments.