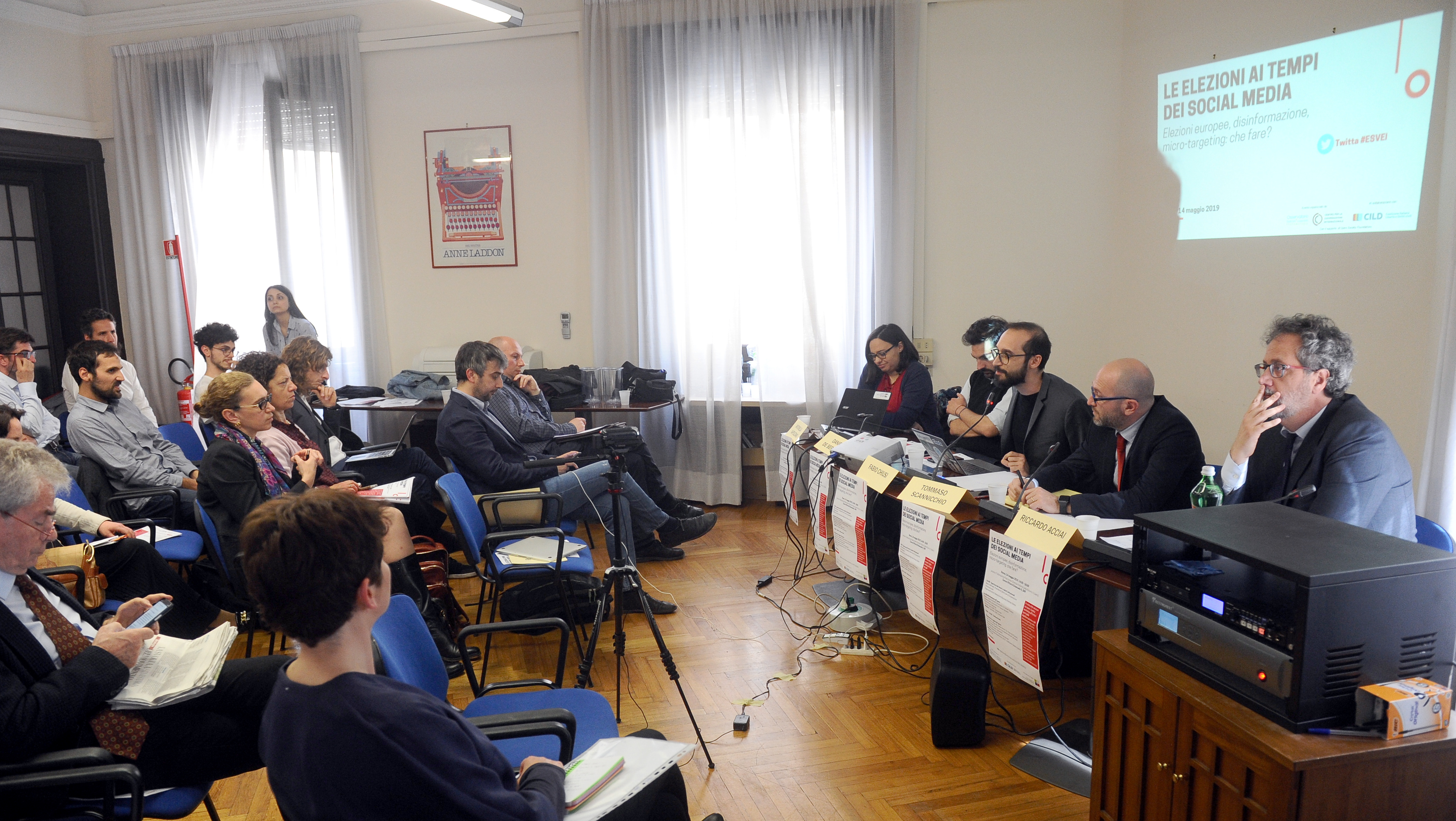 Photo by Niccolò Caranti/OBCT (CC BY)

A group of experts met to discuss some problems with online information spaces and to submit concrete proposals to political decision-makers.

The upcoming European parliament elections put the fear of interference by internal and external actors in democratic process through social media at the centre stage. A group of experts (researchers, journalists, representatives of institutions and civil society) met in Rome on May 14th to share ideas and new perspectives on the phenomenon. The purpose was to agree on a number of concrete proposals to protect the integrity of the public debate in Italy.

One of the main problems that emerged was the absence of regulation of online political advertising, particularly on social networks. A law is needed to force platforms to be transparent with ads shown to users.

The workshop, titled “Elections in the times of social media”, was organised by OBC Transeuropa / International Cooperation Centre (OBCT/CCI), in cooperation with the Italian Coalition for Civil Liberties and Rights (CILD).

These were, in brief, the conclusions: