Lobbying in Italy and legislator schizophrenia 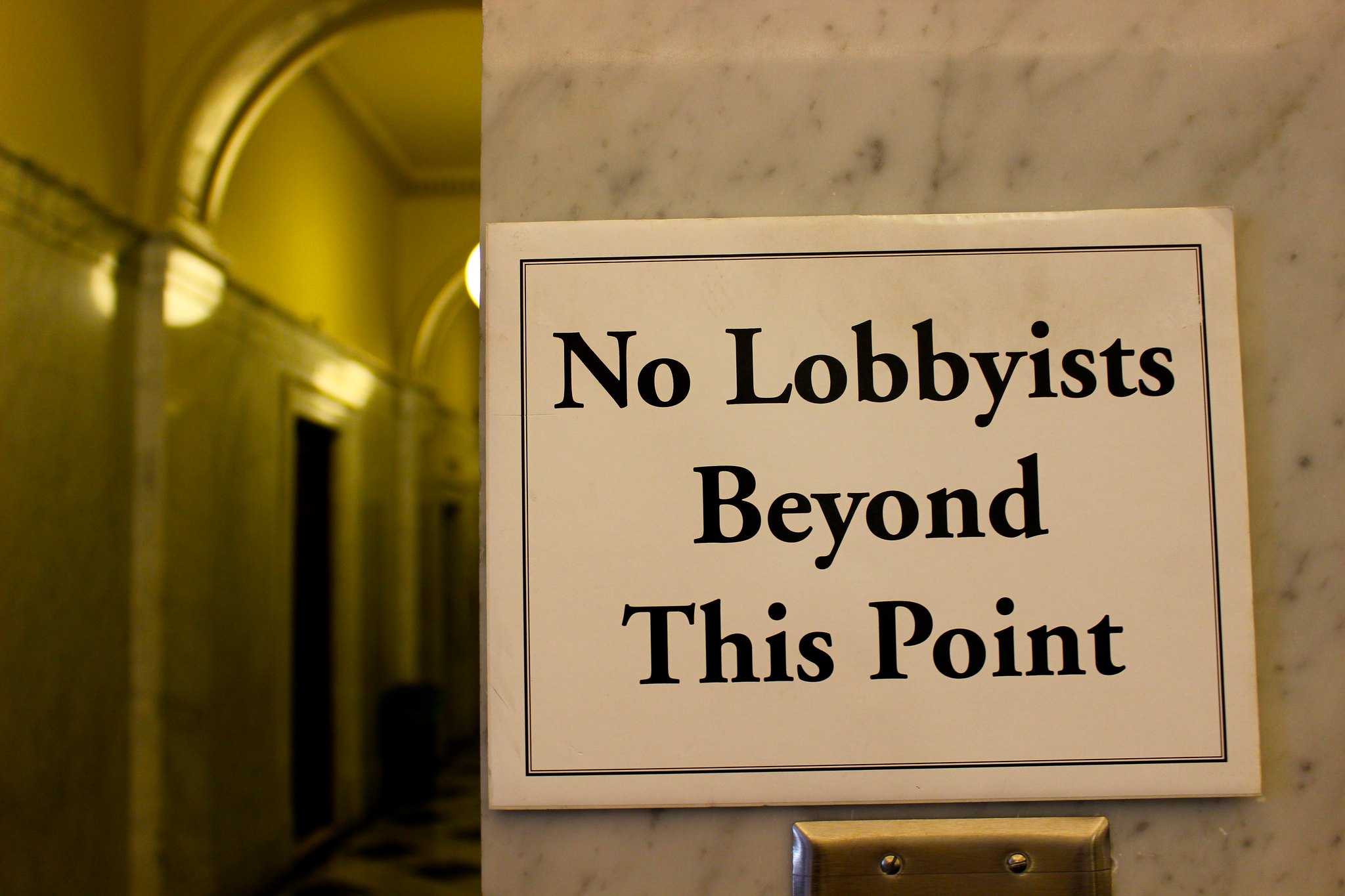 "No Lobbyists Beyond This Point", a sign in the Maryland State House (photo by Daniel Huizinga, CC BY 2.0, from Flickr )

In Italy today lobbying is regulated in an inconsistent manner and rules are not applied. Greater transparency is necessary for investors too, but this situation is convenient for politics. Interview with Pier Luigi Petrillo

Pier Luigi Petrillo is a professor at LUISS Guido Carli, where he teaches Theory and techniques of Lobbying, and at the Unitelma Sapienza online university. In 2012 he coordinated the Transparency Unit of the Ministry of Agriculture, which had regulated the participation of interest groups in the decision-making processes of the ministry. In the past he stated  that "in every democracy, lobbying is considered an essential part of the decision-making process. The existence of citizens, associations and companies that mobilise to influence public decision-makers so as to gain an advantage, demonstrates the dynamism of democracy, its pluralistic essence".

How is lobbying regulated in Italy today?

In Italy lobbying is regulated according to a model that I have described as creeping regulation with schizophrenic behaviour. It is characterised by 3 factors: the absence of organic legislation on the phenomenon, the presence of a flood of rules and provisions of various kinds that try to set rules of behaviour for lobbyists and decision-makers and, third factor, constant non-application of these very rules by those who introduced them. In essence, we have legislation that crawls within the legal order, but which is totally non-applied: the schizophrenia of the legislator lies in the fact that they do everything possible not to apply the rules on transparency that they introduced.

What are the impediments to regulation and why is it important that lobbying be regulated?

Numerous studies by OECD have shown that the lack of regulation of lobbying costs at least 1 point of GDP, as the absence of rules in accessing public decision-makers discourages investments: an investor needs certainties, to know the behaviour of the public decision-maker in advance, to be able to access the decision-maker on an equal footing and without the logic of clientele and kinship. In Italy, this is not possible. The reason is essentially connected to the will of the political class not to bring out the obscure relations between some lobbyists and them: the lobbies today are a smokescreen of politics. Politics can accuse lobbies of anything. It's always the lobby's fault if something doesn't work. If they were regulated, it would emerge that public decision-makers do in fact decide and support certain lobbies, often favouring those that are less useful to the general interest.

What is the relationship between lobbying and political funding?

Political funding is one of the instruments of pressure on politics.

Can lobbying and financing of parties constitute the crime of corruption? If so, how?

From a legal point of view, no: financing politics is a constitutional right throughout the democratic world. The problem is the regulation: until January 2019, after the approval of the so-called BribeDestroyer law, those who financed politics remained in total darkness. It must be acknowledged that the Bonafede law imposed the obligation to make the names of those who finance politics public, with no ifs and buts. Disclosing donors allows voters to vote consciously: if I know that a certain party is financed by arms manufacturers and I am a pacifist, I could decide not to vote for it, for example.

Are there models in Europe that could inspire Italy for regulation?

There are different models, but I think Italy should create its own. We cannot disregard the culture of our country and think of importing a foreign model. Some time ago it was said to introduce "English" rules but, in my opinion, to introduce "English" rules, first of all we should introduce English people into our country. Each norm produces effects according to the people who are called upon to apply those rules. In Italy, in my opinion, we should introduce a first experimental, minimal regulation aimed at making contacts with lobbyists transparent. Professional registers are not needed; it is necessary to expose the lobbying relationship and to enable citizens to understand how, where, when, and why the lobbyists have influenced the decision-making process.