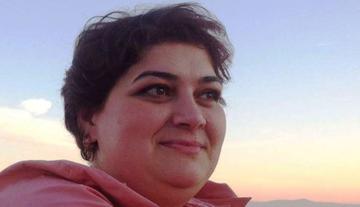 Index on Censorship condemns the outrageous sentencing of Khadija Ismayilova

(Originally published by Index on Censorship )

Investigative journalist Khadija Ismayilova was sentenced to 7 years, 6 months years in prison in an Azerbaijani courtroom.

The multi award-winning journalist was detained on 5 December 2014 and charged with “incitement to suicide” based on accusations — later recanted — by a former colleague. During her detention she was accused of libel, tax evasion and illegal business activity. She was cleared of the incitement charge but convicted of the others.

Index and other international human rights organisations have repeatedly pointed out that the charges were clearly in retaliation for her reporting into corrupt business practices involving members of President Ilham Aliyev’s family. For her refusal to cave to political pressure, Ismayilova has regularly been recognised by the international journalism community, most recently she was awarded the US National Press Club’s highest press freedom accolade.

Ismayilova, who told the court in a pre-trial hearing that the charges were politically motivated, characterised the trial, which began on 7 August, as “an express court. You leave no time for us to discuss the proceedings.”

On 21 August, state prosecutors demanded the court impose a sentence of 9 years for Ismayilova.

In the past year many of Azerbaijan’s fiercest government critics and rights defenders have been imprisoned on spurious charges in retaliation for their work for human rights and democracy.