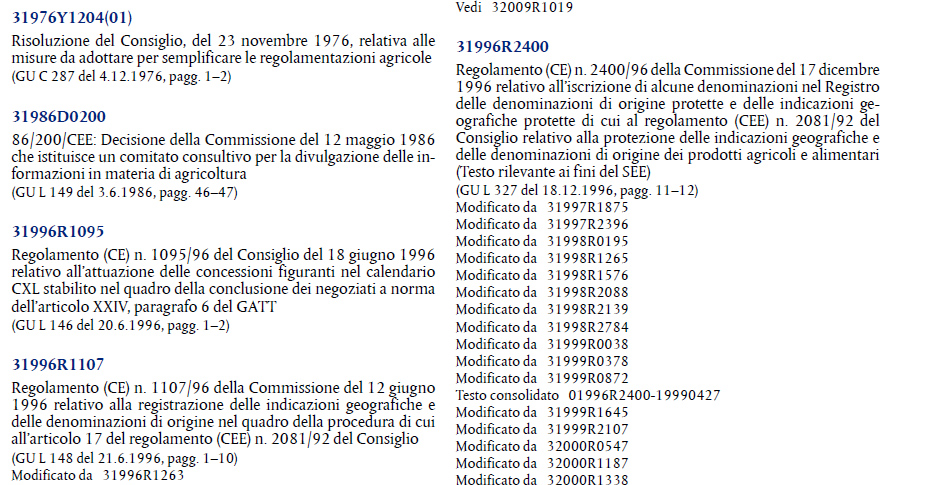 The point of reference for all countries is EC Regulation No 834/2007 (which was followed by Reg. (EC) No 889/2008 on enforcement methods), that, since January 2009, has annulled the previous (EC) No 2092/91, and aimed at simplifying the matter for both agricultural producers and consumers. With the new Regulation, only organic produce that contains at least 95% of certified ingredients can be labelled as such. Produce that cannot be labelled as organic, however, can list single certified ingredients in its composition. Besides such simplifications, the list of authorised substances remains unvaried and the ban on genetically modified organisms is firm.

At the regional level the only country still lacking national legislation is Bosnia Herzegovina, due to a fragmented institutional system: in Republika Srpska there is a law, yet it isn’t in accordance with Regulation (EC) No 834/2007, while in the Federation the draft law is being held up by Parliament. In the other countries a legislative framework has been set up, although especially in Kosovo its implementation is still very far from satisfactory.

Weak or only partially-implemented legislative frameworks are also reflected in labelling regulations: a crucial aspect for guaranteeing complete information, clarity and transparency to consumers. At the regional level the situation is extremely diverse: Croatia, Macedonia and Serbia have equipped themselves with a national logo; in Albania, Bosnia and Montenegro the logos of local certification bodies are being used (Albinspekt, Organska Kontrola, Monteorganica), often accompanied by internationally recognised labels; in Kosovo the absence of a national logo and a recognised certifying body is partially compensated by the presence on the territory of Albinspekt.

The situation is quite similar in terms of elaborating a sector strategy, with Bosnia still showing strong institutional weaknesses, made worse by difficulties in coordination between the two Entities. In general, specific formalised action plans (as in Croatia, Macedonia and Serbia) and the achievement in some cases of an important role in agricultural development planning (as in Montenegro) have enabled organic farming to assert itself and determine the development of specific financial measures aimed at the sector's development. The subsidies referred to are very limited, both in absolute terms and in proportion to the overall agricultural budget. They are, however, be significant in stimulating dialogue among institutions, producers and other interested stakeholders.

In the respective Ministries of agriculture, responsible for organic sector legislation and governance, the number of specialised staff working on the organic sector is (slowly) growing. Furthermore, government intervention is extremely important, as local markets, with the exception of Croatia, continue to struggle, both because of low purchasing power and lack of efficient channels of distribution.

Source: Author’s adaptation based on interviews and official publications by the ministries and public administrations

Besides the responsible authorities, professional associations and other informal interest groups in the agricultural sector at large and more specifically organic production, play an important role in the sector's governance. The sector’s many associations create quite a complex structure in Croatia and Serbia, where a greater number of associations are active, and a much leaner structure in the other countries, where many of those operating in the organic sector were born simply as an outcome of international projects or relations.