The false myth of sustainability 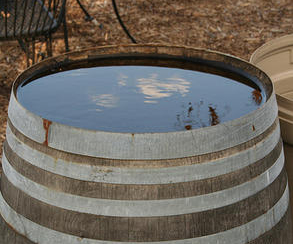 The section on sustainability is a fundamental part of development project proposals. But why is it so important for the donor? And is it always necessary? A comment

If you want to depress an NGO worker, there is an easy way to do it. Just ask him/her to write the sustainability analysis of a project proposal. It is guaranteed to ruin their day. Some might even flee in horror.

For decades now sustainability has been an obligatory and much disliked part of the grant proposal. Donors often use it to justify a rejection. Grant applicants resent it. Because it is difficult. But the difficulty is not due to its scientific character. More likely the opposite.

The sustainability analysis for a project simply answers the question of what will happen with the results produced after the funding expires. In the Balkans there is the expression that the “barrel holds the water only while the repairman is around” [drzi bure vodu dok majstori odu]. Nobody wants that.

The owner of the barrel, or in the case of grant projects, the beneficiaries, should be able to benefit from what has been done also after the project's completion, that is, after the repairman has left. This much is understandable. Nobody wants to finance an expensive filter station which will then remain unused because the beneficiary does not have the money to pay for the maintenance costs (your correspondent alone knows of quite a few projects like this). The same with buying tractors, giving away expensive medical equipment, and so forth.

Similarly, no one wants to spend millions on building a public institution (including drafting regulations, training, staff salaries, facilities), let’s say an entrepreneurship promotion agency, which, the minute the donor money runs out will become dormant, as no money is left for activities, what remain are only the salaries for public officials (begging the question about what those public officials actually do with their time then.)

So far the issue is clear. Sustainability is about being able to follow up on what has been created by the project, or being able to cover maintenance costs, in a broader sense. Some donors also link sustainability with effects of the project at the policy level. Say you manage to convince the government (national, regional, or local) to provide regular funding for shelters for victims of domestic violence, free computer classes for poor kids, and so forth. In this case, there should no longer be a need to continuously seek donors for short- to mid-term finance.

The sustainability of organisations

In addition to project work, the requirement of sustainability has also always been demanded of the organisations themselves. The question here is what will happen to an organisation (usually an NGO) once the funding provided by a particular donor has run out.

No donor wants to continue supporting the same organisation for years and years and the moment the funding stops, the organization ceases to exist. Thus donors, always obsess themselves and their beneficiaries with making organisations financially sustainable. Present times show that even countries may not be sustainable in this sense!

So far so good, why then the gloomy introduction? The simple answer is that the logic explained so far does not apply to most projects financed with donor grants. The concept is in fact often not relevant to NGO projects, especially the smaller ones.

Let's say the barrel is maintenance-cost free. It is small, and once you fix it, it will hold water for a long time. That’s it. The problem is fixed with a one-off intervention. No need of follow up. The same applies for many NGO projects.

An awareness-raising campaign cannot go on indefinitely only to demonstrate sustainability to the donor: it would drive people mad and possibly have a counter-effect. The same applies to basic computer courses, or any other type of short training schemes for that matter (included in many NGO projects). There is not necessarily any need (or sometimes the possibility) for follow up nor maintenance costs.

In many cases the major question is whether the repair man did a good job? That is, was the campaign or course successful? But this is an entirely different question. It is not linked to sustainability but to other concepts such as effectiveness, quality, etc.

Forbidden to say so

However, no NGO can say to the donor: sustainability is not an issue for my project, or write “N/A” in the ear-marked section.

Such a statement would most likely lead to automatic rejection. Donors insist in seeing a strong sustainability analysis, regardless of its specific usefulness, for each and every project. And this is the case because there is insufficient understanding of the concept on the donor side. There is no debate on it, or, more importantly, the way it is applied.

In over a decade of work in this field, the author does not remember a single debate on the appropriateness of the concept. In grant-financed work overall there is a rigid, unhealthy, dogmatic approach to sustainability, combined with an almost worship-like idea of its importance.

Ask the beginners on a course in EU project management “what is the most important thing in a project” and many of them will say “sustainability”. They will have immediately been exposed to the “gospel”. But it is an erroneous teaching: in reality, for many NGO projects, it is just not applicable. But saying this out loud would amount to blasphemy.

Thus, when asked to do it, people sit down and write. What usually happens is that they are forced to invent things that are neither natural nor logical, just to create a semblance of sustainability for their project.

It should be clear by now that he sustainability issue is extremely complex and involves many interrelated aspects. A short article can merely pinpoint some of its main inconsistencies. The concept is, however, not bad per se and should thus not be scrapped all together. It is relevant. But only for some projects. For others it is not. Its applicability is in practice is what the focus should be on.

NGOs should be able to say: sustainability is not relevant to this project. And donors should be able to understand and appreciate this. This is where the debate should start. Probably even reading these lines, NGO workers would say “this is impossible. It cannot be changed. This is just how it is.” Actually this is where the debate should start: by precisely asking the question “why haven’t we talked about this yet”?