LGBT in Donbas: Back to the USSR 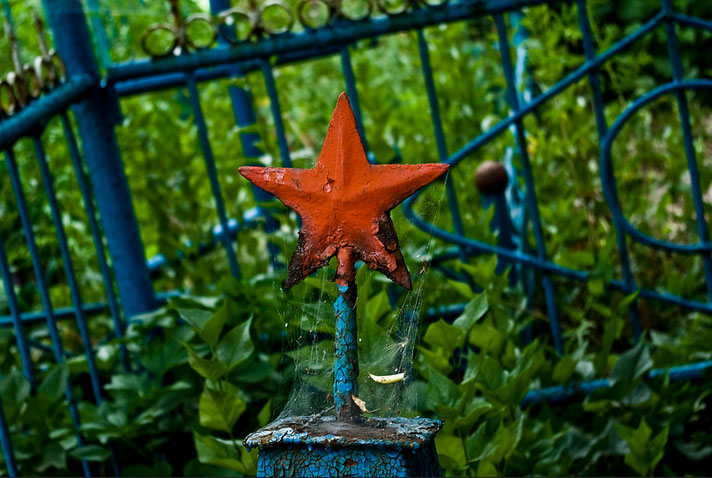 The war in the Donbas region, which began in 2014, has created a humanitarian crisis in eastern Ukraine. The status of people from the LGBT community has also been affected

Before the war, the gay community in Donbas enjoyed a well-developed infrastructure that included organized social groups, HIV Service Centres and themed clubs.

Contrary to common perceptions of Donbas as an uncompromising region with conservative customs and strong vestiges of Soviet morality, this area of Ukraine used to be in the forefront as regards tolerance towards sexual minorities.

In 2000, research by the LGBT rights organization Nash mir ("Our world") on the position of gays and lesbians in Ukraine indicated that the proportion of openly gay people was greater in eastern areas. The figure came to 14.9 per cent of the minority representatives polled (a higher percentage was recorded only in the south of the country). Researchers noted that Donbas is characterized by a high degree of urbanization, population mobility, and indifference towards religious issues -- in contrast to western Ukraine, which is distinguished by traditional rural morality and the strong influence of the church on the lives of local communities. Annual reports on cases of homophobic violence, produced by the "Our world" Centre, also highlight this difference -- most cases of hate crime are geographically linked to western Ukraine.

However, eastern Ukraine, which lies in the field of Russian cultural influence, has always been sensitive to trends emerging from its erstwhile metropolitan centre. The homophobic campaign in the Russian Federation, and in particular the passing of a law forbidding "homosexual propaganda", has led to a surge of hate towards sexual minorities in Donbas.

In 2013, an "Anti-Gay" parade organised by Cossacks and Orthodox activists was held in Lugansk. Equally, a branch of the "Occupy Paedophilia" movement founded by the Neo-Nazi Maxim ("Tesak") Martsinkevich was established in Donbas. "Tesak" himself toured Lugansk to film yet another movie about the ignominious behaviour of supposed "paedophiles". His targets were students of Arab origin. Martsinkevich's adolescent followers were even shown on local television news programmes, which publicized and commended their "activism".

In 2014, the rhetoric of separatist rebels was littered with references to Gayropa, while homosexuals were branded as the "fifth column" of the West.

One separatist ideologue, Gleb Bobrov - a PR man from Lugansk - wrote: "Becoming a homophobe should now be everybody's business. If there is a homosexual lobby there must also be a homophobic lobby." This idea was widely exploited in [homophobic] propaganda. In Lugansk the homes of local supporters of the Maidan [anti-government protest movement] were pasted with offensive posters declaring the occupants to be "drug addicts" and as "belonging to sexual minorities".

When the separatists took power, they became a genuine threat to LGBT people and members of sexual minorities were forced to flee their homes.

Igor, aged 25, from Donetsk says: "Once armed people appeared in the streets I got really scared. I knew that during demonstrations they were always yelling that people like me should be killed, that we were running a gay propaganda campaign, and rubbish of that kind. I used to joke about it until these people took over the city. That was when I left for Kyiv and I've no plans to return home."

Konstantin, a gay activist from Donetsk notes: "Out of my circle of friends, 80 per cent have gone away. The rest sit around at home, or if there's shooting they may be down in the cellars."

On the night if 7-8 June 2014, the Vavilon ("Babylon") gay club in Donetsk was attacked. This was how the manager of the club described the incident: "A group of up to ten people burst into the club. To begin with, all guests had their documents, telephones and money removed. Everything was later returned, except the money. Two people were badly beaten. The rest were left slightly hurt and suffering from shock. I don't think any of the girls were touched, I didn't see anything myself. Only the guys were victimized. The whole thing lasted about an hour, no longer than that. Then everyone was released. And obviously the kids were also verbally abused..." Since then, the club has ceased to exist.

Andrei Kravchuk, a specialist from the "Our world" Centre, says: "In the Donbass, homosexuals are experiencing the return of the Soviet era. People are trying to minimize all contact with each other."

By way of example, he recalls events in Lugansk in January 2015, when Yuri, a 38-year-old gay man was murdered (probably by someone he had met on social media). The separatist "people's militia" took advantage of the incident and set about creating a "file" on gays in Lugansk by copying the telephone numbers of the murdered man's contacts.

The director of the Interregional Centre for LGBT Studies, Donbass Sotsporekt ("The Donbass social project"), Maxim Kas'yanchuk confirms Kravchuk's view: "Gays are hiding away in corners and staying put. They are trying to ensure that they offer no excuse for intimidation."

Konstantin, a gay activist from Donetsk, describes the hidden dangers that gays face: "It's a standard set-up. Getting to know someone on social media, meeting up with an undercover cop, arriving at a flat in which hidden webcams have already been installed... And then the pigs break in and what follows ranges from allegations of paedophilia to straightforward blackmail: 'show us the money and we won't tell anyone'." Konstantin also notes that traps of this kind were set by Donetsk law enforcement agencies in peacetime as well. As far as many gays are concerned "nothing has changed".

The authorities of the separatist republics are aiming to consolidate discrimination against LGBT people at a statutory level. The "Constitution of the Donetsk People's Republic [DPR]" includes the clause: "No form of perverted union between people of the same sex is recognized or permitted in the Donetsk People's Republic, and [any such union] is subject to penalty by law."Further,the document notes that the "dominant faith" of the "DPR" is Orthodox Christianity.

Ukrainian media have also reported that the "LPR" [Lugansk People's Republic] has introduced a criminal penalty "for homosexuality". According to blogger Vsevolod Filimonenko, the parliament of the self-proclaimed republic has taken a decision to penalize single-sex relationships with between three and five years imprisonment. If violence has been involved, or if one partner was underage, then the offender faces the death penalty. An advisor to the Ukrainian Minister of Defence, Aleksandr Danilyuk, reported that -- in one case -- the death penalty for homosexuality has already been enforced in the "LPR": "In the region under [Aleksey] Mozgovoy's command, they have introduced a penalty for homosexuality. The first defendant was shot today."

LPR rebels refute this. Their late commander, Aleksey Mozgovoy said: "We have done nothing of the sort. No death penalty has been introduced. No one has been shot. Nothing like this has taken place here."

He admitted that he supported the prohibition of single sex relationships, of course: "but bearing in mind the stink that has been kicked up [over this] all around the world, no one is likely to go in for it directly." LPR people's deputy Yury Khokhlov also said that the report on the introduction of criminal liability for homosexuality was part of a Ukrainian propaganda plot.

Gays sense their lack of civil rights and their vulnerability. In conditions such as these "the man with the gun" can become a sexual fetish. The date.bluesystem dating site features personal ads of the following kind: "Looking to meet a DPR fighter." In fact, this reflects a classic situation, characteristic of wartime occupation, when the victim comes to experience empathy for his oppressors. The French dramatist Jean Genet recalled that during the years of the Nazi occupation, Parisian homosexuals fell in love with SS men.

The sharp deterioration of conditions for gays in Donbas is symptomatic of the breakdown of the local community in wartime, the simplification of its structure, and the eradication of its diversity. Once again, as in Soviet times, homosexuals have been relegated to the underground.