Crimea: the resistance of the Tatars 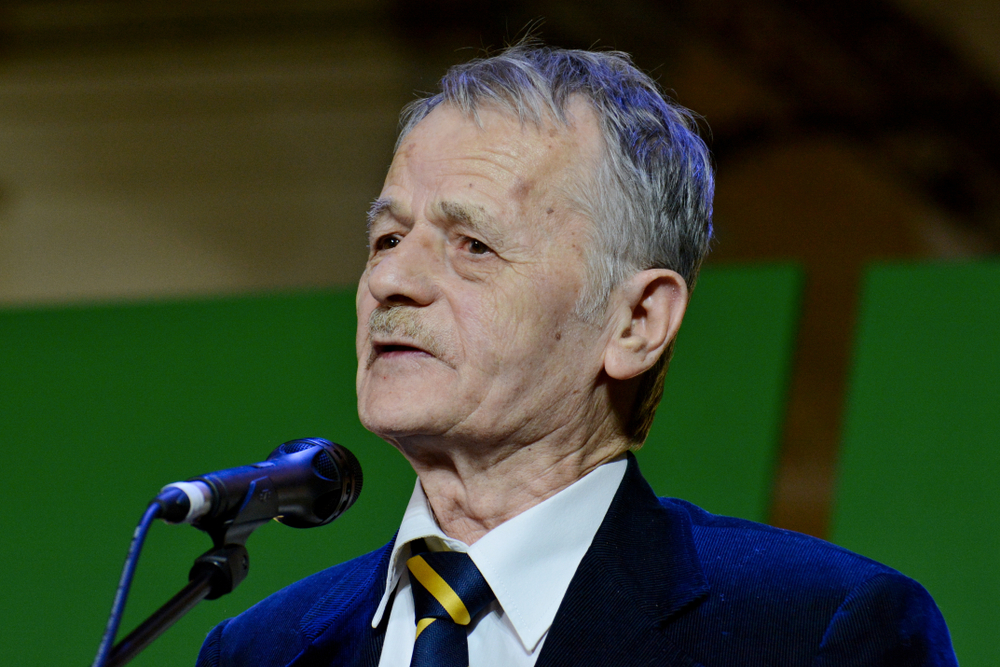 Following the Russian occupation of Crimea, the Tatar community is under great pressure. An analysis of the situation through historical digressions and a meeting with the Tatar representatives recently elected in the Ukrainian parliament

The Crimean Tatars are a Turkish-speaking, Muslim national community that has inhabited the northern coast of the Black Sea, and in particular the Crimean peninsula, at least since the 15th century. The Crimean Khanate had its moment of greatest splendor between the 15th and 18th centuries under the Giray dynasty, descendant of Genghis Khan. The state was then protected by the Ottoman Empire: when the latter entered into conflict with the expanding Tsarist Empire it was the end for this great power and refined culture. Since then persecuted and repressed, the community still living on the peninsula strongly refuses the Russian occupation of its territory.

The Crimean Tatars in the new Ukrainian Parliament

This time Čubarov, president of the Mejlis (the highest representative body of the Tatars, banned as "extremist" in Russia, and therefore in Crimea, since 2016), remained out: his party, Sila i Čest' (Strength and Honor), did not make the 5% threshold.

Džemilev and Mejlis vice-president Achtem Čijgoz are among the 24 elected members of the party of ex-president Petro Porošenko, "European solidarity". Rustem Umerov, delegate of Kurultaj (assembly of the Tatar people) and third representative of the Crimean Tatars in the new Rada, ran instead with the Holos (Voice) party of rocker Svjatoslav Vakarčuk.

"We only had one principle in this electoral round: do not run with the pro-Russian party 'Opposition platform – For life' – states Džemilev decisively – we have talked to all the other parties instead". The Tatar leader had few doubts in running alongside outgoing President Porošenko, that he deeply respects and whose work he greatly appreciates, especially at the international level: "I think that President Porošenko managed to solve in an optimal manner all the most important issues; from nothing he created an army and has been able to build a powerful international pro-Ukrainian coalition".

The important thing, for Džemilev and the other Tatar representatives, is that the newly elected president Zelensky and his government team do not reverse the political course for Ukraine inaugurated by Porošenko: de-sovietisation, military strengthening, the orientation to west towards EU and NATO. "All this will allow a more rapid liberation of Crimea", says Achtem Čijgoz, adding: "Certainly, of no small importance is the achievement of the status of national autonomy for Crimea", an old demand of Tatar representatives.

"I am delighted that Zelensky has declared his intention to create a Committee for the liberation of the Ukrainian territories. It would be an important step – continues Džemilev – however some statements by Zelenskij baffle me. For example, the idea of ​​holding a referendum on NATO membership. What referendum – the Euro-Atlantic course is written clearly in the Ukrainian Constitution!".

Mustafa Džemilev and the long repression of the Crimean Tatars

Mustafa Džemilev is one of the best known dissidents and human rights defenders in Soviet history, famous above all for a 303-day hunger strike, the longest in the history of civil rights movements. In 2016 a young Tatar director, Ahmed Sarychalil, dedicated a documentary titled "Mustafa" to his fascinating figure.

Džemilev has dedicated his life to the struggle for the rights of his people – first of all to return to their own land – and for this he served for over fifteen years in the Soviet gulags. Today, his mission has not changed: once he left in November 2013 the post of president of Mejlis, which he had led since 1991, he has continued to represent the voice of the Crimean Tatars in Kiev (he has been a member of the Rada since 1998). Above all, since 2014 he has carried on a new struggle – to bring back his land, forcibly annexed from Russia, to Ukraine. Since then he has been forbidden entry into Crimea (as well as Russia); his name is on the list – renewed last winter – of people banned from the peninsula and the Russian Federation.

He is among the many who have left occupied Crimea since 2014, forcibly or not: an estimated 15,000 to 30,000 Crimean Tatars have since abandoned their homes. Despite the apparent recognition of rights to the community (the Tatar language is recognised on paper, for example, as an official language alongside Russian and Ukrainian), repression continues. There are about 130 Tatar political prisoners today in Russian prisons; arrests and searches continue  every day. "If we compare the search procedures of Soviet times with those of today, we will notice many differences – says Džemilev – I had a dozen searches in Soviet times, but at least then they came they said: 'Here is the authorisation of the prosecutor or of the judge, we have every reason to believe that you have anti-Soviet literature. We ask you to give it to us voluntarily, otherwise we will proceed with the search'. Now there are no authorisations: they break into houses, order everyone on the ground, and start searching causing material damage: even if the doors are open, they prefer to climb over. Seen from outside, they seem to have found a den of terrorists, while in fact they are ordinary people".

Born in 1943, at the age of six months Džemilev was deported with his family from Crimea to Central Asia, to Uzbekistan. Over 183,000 Crimean Tatars shared the same fate in those years. It was the national community most affected among those accused (or only suspected, it is the same) of high treason against the Soviet state. For all, the penalty was the same: forced transfer to the Urals and Central Asia with the prohibition of returning to their own land. 46% of the Tatar deportees died during the journey or immediately thereafter. The deportation aimed to destroy and erase the culture of the Tatar people, its very identity. In this regard, a history textbook used in the schools of Russian Crimea is now disputed, in which the Tatars are called collaborators during the Second World War and consequently enemies of the Soviet state. A way to justify their deportation: on February 18th, the Crimean Tatars council called on the governor of the region Aksionov to have the text withdrawn.

The Sixties, time of that short, precarious thaw inaugurated by Nikita Chruščiov, also awakened the spirits of the Tatar community; talk about genocide started. In the second half of the decade, 5,000 Tatars moved to Moscow to keep the revival movement alive, to make their voices heard in the centre of Soviet power. And they obtained some results: in 1967, the decree was issued which rehabilitated the Crimean Tatars; yet, they failed to return on their peninsula, in the meantime repopulated with new Soviet citizens, and the repression did not stop. Meanwhile, reports on the situation of the Crimean Tatars began to reach other cities thanks to the voices of dissidents (especially Russians).

July 6th, 1987 was an important day for Crimean Tatars: around 150 demonstrated in the Red Square (but the testimonies are discordant and even speak of 500 people) and the sit-in lasted all night . Among them was Mustafa's wife, Safinar. The event bore its fruits and the protesters' representatives were summoned by Andrej Gromyko himself, then president of the presidium of the Supreme Soviet of the USSR.

Sooner or later Crimea will return to Ukraine

The Bachčisaraj fountain, immortalised by the great Russian poet Aleksandr Puškin in the eponymous poem (1824), was reduced to a "rusty iron pipe" when the poet visited the legendary palace of the Khans in the early 1920s. The splendid and refined residence of the Tatar rulers had been destroyed in 1736 by the "horde" of the Russians, the conquistadors of the Crimean peninsula. Puškin regretted it and revived the lost beauty in his poem, making the Tatar civilisation eternal – thanks to his poetry – no matter what his compatriots thought.

"The only possibility for sanctions against Russia to be raised is the establishment of a government in Kiev ready to accept the occupation and recognise Crimea as Russian. To Putin has failed in this and we hope he never succeeds – concludes Mustafa Džemilev – for this, sooner or later, Crimea will return Ukrainian".