Between language and autonomy. Growing tensions between Ukraine and Hungary 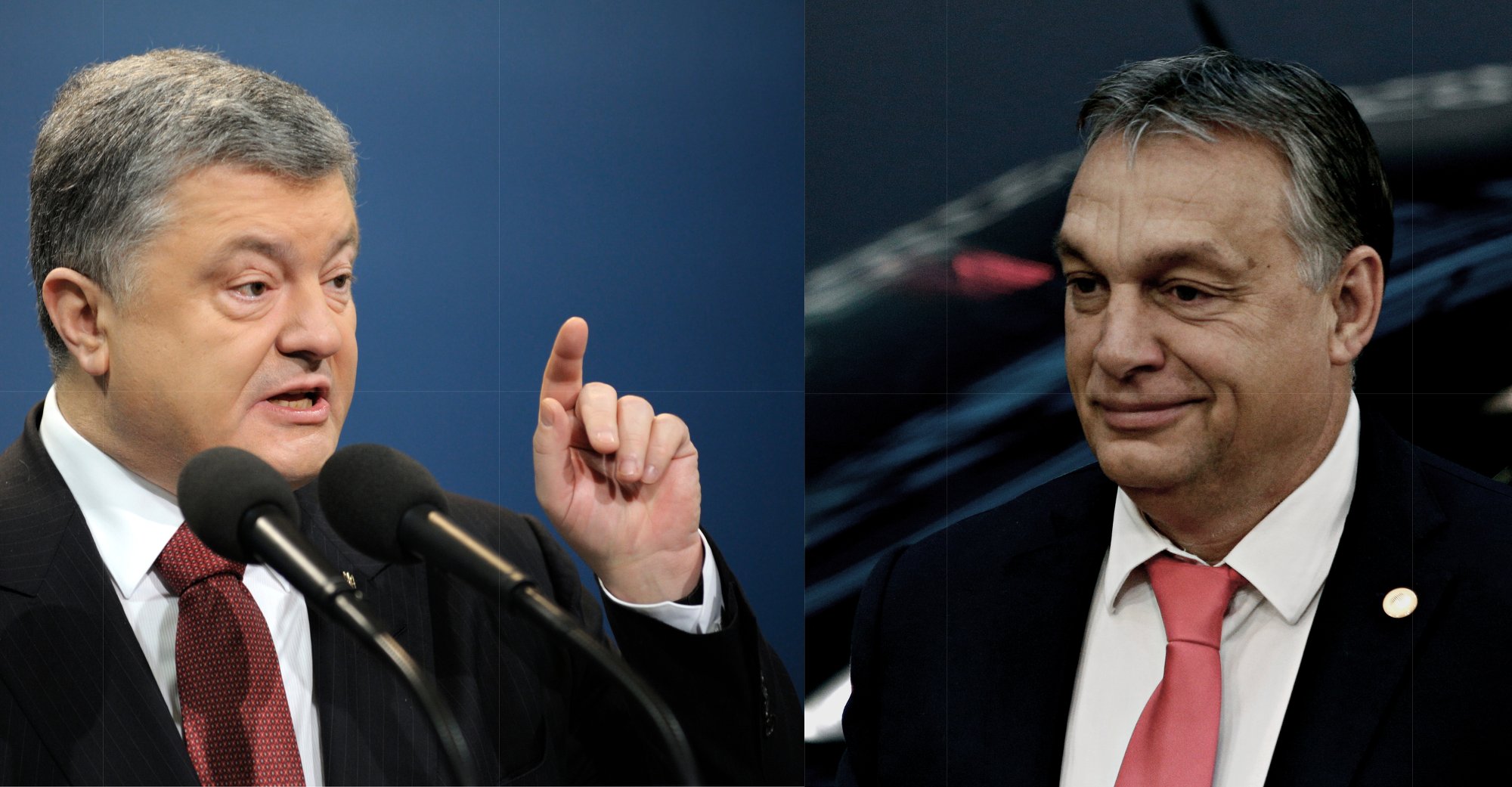 Hungary was the first country to recognise Kiev's independence, but now relations between the two states are strained by tensions over the situation of the Hungarian minority in Ukraine, while Russia watches in glee

Tension remains high between Kiev and Budapest in a crescendo of mutual accusations. Hungary promises to block Ukraine's Euro-Atlantic integration, while Kiev has recently expelled the Hungarian consul. Despite diplomacy's unrelenting effort, Orban's and Poroshenko's nationalist rhetoric is pushing the two countries apart.

The question of minorities

Over the past 30 years, relations between the two neighbours – that share about 140 kilometres of border running along the river Tisza, a tributary of the Danube – have been characterised by respect and mutual support. However, the question of the Hungarian minority in Ukraine, in addition to the numerous territorial disputes rooted in the past, have always been recurrent issues. Over 150,000 Hungarians live in Ukraine, mainly in the Transcarpathian region, and it is precisely around the question of this minority that relations have become icy.

Although Hungary was the first country to recognise independent Ukraine and establish diplomatic relations with Kiev, its position towards its neighbour has remained rather ambiguous in recent years. The full support for the European aspirations expressed during and after the Maidan protests cannot erase the good relations between Hungarian prime minister Orban and the deposed Ukrainian president Yanukovich, the concern repeatedly expressed by Budapest for the role of nationalist movements in post-2014 Ukraine, and the ambiguous relations between the Hungarian president and Moscow. The question of the Hungarian minority in Transcarpathia, and namely the guarantee of its autonomy within Ukraine, has thus remained the real thorn in bilateral relations.

Language, school, and citizenship: the origins of the dispute

The fact that latent problems flared up in 2017 is probably not a surprise. Indeed, in September of that year, the Ukrainian Parliament approved a new law on education that promotes, among other things, the gradual Ukrainisation of the educational system – obviously, at the expenses of linguistic minorities who used to be entitled to access teaching in a language other than Ukrainian. The law thus provoked a harsh reaction by Orban's government, which has since threatened several times to block Kiev's prospects of Euro-Atlantic integration.

Kiev has basically ignored the criticisms received from other European countries, such as Poland, Romania, and Moldova. In fact, the Education Act is part of a wider attempt at Ukrainisation carried out by Poroshenko and supported by the nationalist fringes. Perceived as an instrument to free the country from Russia's influence, the linguistic question has dominated the internal debate after the annexation of Crimea and the outbreak of the war in Donbass. Restrictive quotas on the use of foreign languages ​​on television and black lists on Russian books and films are just some examples of the Ukrainian government's sometimes schizophrenic attempts to restrict the use of the Russian language in the country. Thus, the question of the rights of the Hungarian minority is part of a broader context of Ukrainisation of the socio-cultural space.

However, the growing tension between the two neighbours has deep internal roots in both countries. If it is true that Kiev's Ukrainisation policy risks endangering the already shrinking autonomy of the Hungarian minority in Transcarpathia, it is equally true that the third Orban government marked a definitive turning point in Hungary's nationalist spree. For example, last July, the Hungarian government announced the introduction of a ministerial commissioner for the development of Transcarpathia, apparently disregarding the fact that Transcarpathia is a Ukrainian region.

Moreover, Budapest's influence on the region is constantly increasing, a trend that definitely worries Kiev. For example, Hungary continues to promote financial aid to the diaspora through the active role on the territory of numerous foundations such as the 'Egan Ede Foundation'. In addition, thanks to the support of the government, just a few months ago a local cultural association was able to buy 50% of a regional television channel, promising to also transmit in Hungarian.

However, Kiev's greatest concern is Budapest's granting citizenship policy. Indeed, over the last few years, Hungary has distributed about one million passports to its diaspora in the world, of which over 90,000 in Ukraine. This remains a sensitive issue in relations with Kiev, not only because Ukrainian legislation prohibits dual citizenship, but above all because, according to recent allegations by Kiev (and videos circulating on the net), the consul staff itself would continue to instruct those who received the Hungarian passport to conceal the fact from the Ukrainian authorities. The reaction was immediate, and at the beginning of October Kiev decided to expel the Hungarian consul in Transcarpathia.

The crisis between the two countries, however, risks reverberating well beyond the diplomatic disputes. The growth of political tension has been accompanied by an increase in incidents of ethnic intolerance. If Hungary's far-right party Jobbik has begun to speak more insistently of a real annexation of Transcarpathia, attacks on the Hungarian community by Ukrainian nationalists have drastically increased since 2017. In February, for example, the headquarters of the Hungarian party in Uzhgorod were hit by attacks with Molotov cocktails. More recently, the Myrotvorets website, a database unofficially linked to the Ministry of the Interior that exposes the personal data of people accused of anti-Ukrainian activities (including Western journalists), published a 'black list' of 300 people who have recently obtained the Hungarian passport.

On the background remains, of course, the stone guest. Slowing down the already long, difficult process of Kiev's Euro-Atlantic integration remains one of Moscow's main geopolitical objectives. Furthermore, Orban's Hungary itself, thanks to the recent realignment, remains the Kremlin's key interlocutor within the European Union both from an economic and a political point of view. Even if the tension between Kiev and Budapest has more to do with the numerous internal contradictions of the two countries, Putin's Russia could be the main political beneficiary.