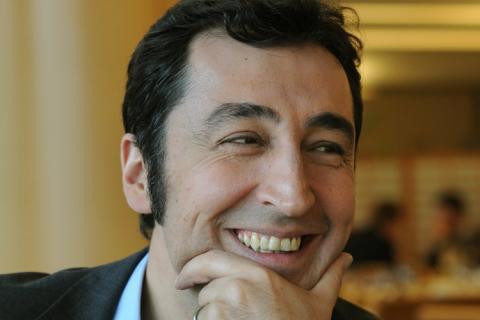 For the first time in German history, an ethnic Turkish son of a gastarbeiter migrant worker, will lead a political party. Cem Özdemir, 42 years old and a former MP in the German Bundestag, is the new German Obama. With 80% of the party convention vote in his favour, he will lead the German Greens together with Claudia Roth

For the first time in the history of the Federal Republic of Germany, on 15 and 16 November 2008, a citizen of Turkish ethnic origin was elected to lead a political party. Cem Özdemir, 42 years old, a member of the "Grünnen" (Greens) since 1981, received 80% of the vote at the Green Party Congress in Erfurt and became a co-leader of the party together with Claudia Roth. The party statute requires cohabitation of two leaders, one man and one woman.

The choice made by the Greens, promoters of tolerance and gastarbeiter inclusion, breaks a new path for integrating foreigners in Europe. Özdemir's parents arrived in Germany as gasterbeiters from Tokat in Turkey's Anatolia.

The new leader of the Greens, born in Bad Urach, Germany in 1967, waited 18 years to become a German citizen. Özdemir, currently a member of the European Parliament, was an MP at the Bundestag from 1994 until 2002 when he resigned after accusations of private misuse of frequent flier miles accrued from government business trips.

The German press's broad coverage of the new leader of the environmentalists generally focuses on the issue of migrant integration.

Following the election, the new co-leader of the Greens said, "What counts for me is not the fact that I was elected because of my Turkish origin, but because I was elected despite of it...I do not want to be Turkish or Muslim because this is what society wants me to be. I cannot be reduced to whatever origins I have inherited."

Özdemir plans to pursue a policy of care for all marginalised in Germany. He emphasises that the core issue for the country is not ethnic discrimination but social inequality.

The new leader of the Greens is now frequently asked how much he feels Turkish and how much German. Responding to the daily newspaper Bild am Sonntag Özdemir said: "When I enter a house, I take off my shoes. Nevertheless, when I am in Turkey I always keep in mind the importance of punctuality and discipline. This indicates that we German Turks are actually much more German than some people would want to believe."

On the wave of optimism produced by Barrack Obama's election as United States president, Turkish media enthusiastically received the news of Özdemir's new position. Even though he considers the comparisons between himself and the US president-elect inappropriate, his supporters did not hesitate to transform Obama's electoral slogan "Yes We Can" into "Yes We Cem". Turkish press has also featured comments on the possibility of a German citizen of Turkish origin eventually being able to attract broad electoral support as Obama did in the US.

Nevertheless, the new Özdemir's role also may affect Turkey. Columnist Cengiz Çandar (Hürriyet, Referans, Radikal), thinks that the possible participation of the Greens in the next government, after the September 2009 elections, could be a strong factor of support for Turkey's entry into the European Union, and a hard blow for Turkish nationalists who oppose the country's accession into the EU.

However, Beril Dedeoğlu from the daily "Star" argues more soberly that if Özdemir can indeed do something in Turkey's favour, the first priority would be to work on ending discrimination against minorities in Germany.

Overall, many agree that the example of Özdemir could be a catalyst for the participation of other minorities in politics.

The Turkish "minority" in Europe does not limit participation in politics to Özdemir. An estimated 5.2 million Turks arrived with the migrant influxes that started in the early 1960s. Currently, 42% of this population possesses the citizenship of their country of residence.

Among European countries, Germany has the strongest "Turkish presence". In Germany, the Turkish minority's political activity gains increasing relevance, especially at local and regional level. Five Deutschtürke (German-Turkish) MPs are in parliament. In 2005, the SPD party received 75% of the Turkish vote, while 9.2% voted for the Greens, and 5% for the Christian Democrats of Chancellor Angela Merkel. Turkish social democrats created a forum last year to present ideas of the Turkish minority to the SPD and to make the party immigration policies more accessible to Turks in Germany.

In the Netherlands, along with local level participation, Düzgün Yıldırım has become, with leftwing support, the first senator of Turkish origin; Saadet Karabulut was elected as MP; and Nebahat Albayrak was appointed state secretary of justice in the current government and currently is candidate for a mayor of Rotterdam. In Denmark, Fatma Yeliz Öktem and Bünyamin Şimşek were candidates for MPs of the Liberal Party at the 2007 elections. In Belgium and Austria, Meryem Almacı and Alev Korun have both entered the federal councils of the respective countries.