With the refugees in Gaziantep 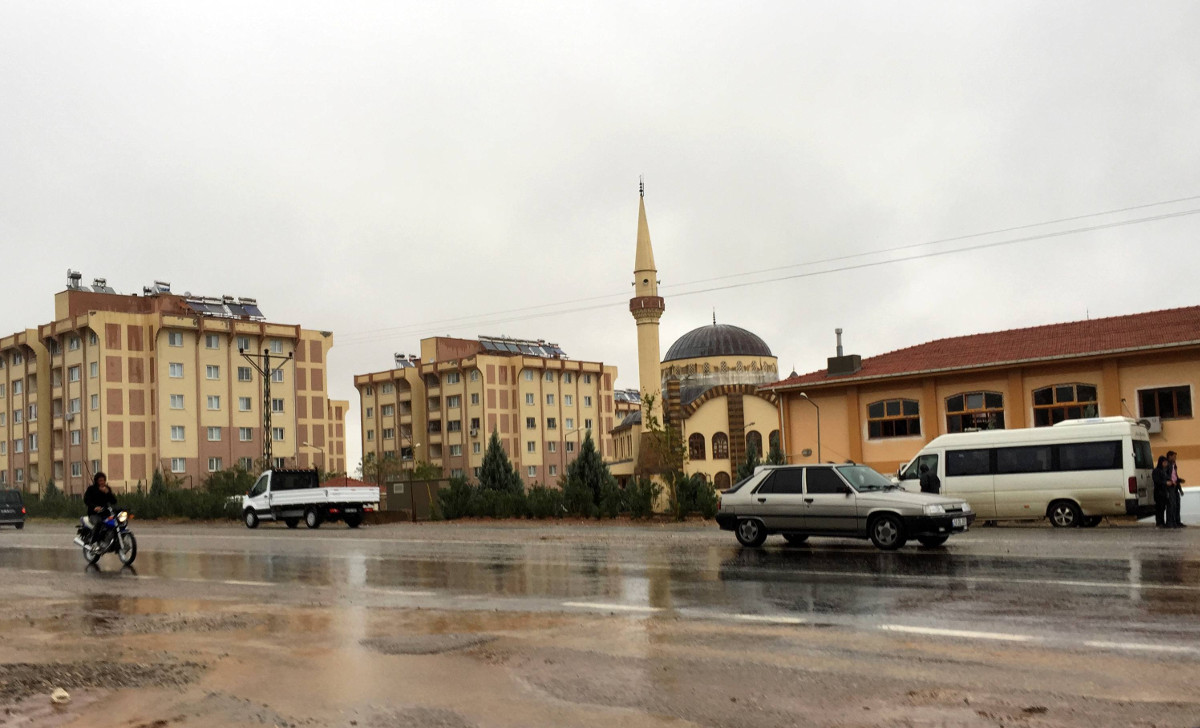 Only 92 kilometres separate Gaziantep and Aleppo – two cities close to each other in terms of geography and history, now divided by war. A report from the south of Turkey, on the border with Syria

The road sign reads: Reyhanli 12 km, Aleppo 79 km. We are on the southern border of Turkey, in the small strip of land that creeps between the north-western border of Syria and the sea.

We are travelling between Antioch and Gaziantep, the largest, richest, and most populous city in southern Turkey – a city that is changing at breakneck pace, overwhelmed by an authentic demographic shock. In Turkey today, there are nearly two million and 500 thousand refugees: the five provinces on the Syrian-Turkish border alone – Kilis, Hatay, Mardin, Sanliurfa, and Gaziantep – host half of them (data by AFAD, Turkish Interior Ministry, Migration Management). 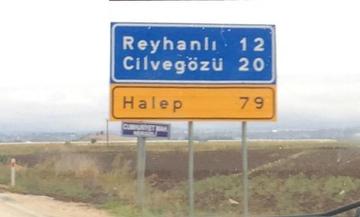 Only 92 kilometres separate Gaziantep and Aleppo – two cities geographically and historically close to each other, linked by a long tradition of trade and cultural relations. The outbreak of war has made Gaziantep a natural destination – for refugees, of course, but also for that flow of investments, business, and money generated by the war. In recent years, the city has experienced a self-evident, incredible development.

Nabil, a Syrian operator of a local NGO that welcomes us upon our arrival, describes the change very well: "Three years ago, when I arrived here, there was less traffic, entire neighbourhoods did not exist, there were fewer people on the street and far fewer cafes and restaurants, for foreigners. Gaziantep is now in full demographic and economic boom. The war brings destruction and poverty, but here it brought a lot of money".

Arriving by car from the airport, the landscape in transformation shows an unexpected richness and variety of buildings, streets and shops, with many new condos under construction.

The city has grown from a million to a million and 800 thousand inhabitants in a few years, with Syrian refugees making up nearly 20% of the population.

Here the war is really close, as one can hear from the stories of the people encountered on the road. Many have relatives and friends in Syria, and even those who still live in Turkey would rather not disclose too much – in fact, all names in these notes are fictional. These are stories of people who had to rebuild their lives and now found stability, but are also suspended in the hope of returning.

Mohammed, 29, a refugee, teaches how to install air conditioning equipment at a vocational school in Gaziantep, established to give a future to the young Syrians. Mohammed is lucky – he managed to restart his business here, to stay in the profession he used to exercise in Damascus before fleeing and to find ways to put it to the service of others. His father was a successful entrepreneur – his family owned one of the first companies accredited in the official business register in Syria. He smiles proudly: "Five of the 25 boys who completed the first course a month ago already found a job". He lives in an apartment that he shares with his father and all his family: "My wife, my two children and I live in one room".

How did you get here? "I was supposed to join the army and fight. I ran away". The story of Mohammed is one of many young men who fled from Syria to escape the army – at first he stopped in Aleppo, then he came to Gaziantep. And here he stayed.

A city within the city

The Syrian refugees are a city within the city. According to the latest estimates by the local municipality, out of 400,000 Syrian refugees, 300,000 live in the city, 50,000 are in refugee camps and 50,000 are estimated to be outside official records – a massive community that has mainly occupied the old market trade in the heart of Gaziantep. The Syrians sell silk, silver, spices and dried fruit, baklava, and various food products – and the war does not stop the inflow of goods from Syria.

Ahmed sells silk and cotton scarves made by his family, still in Aleppo. He has been here for two years. He offers us the traditional Turkish tea, telling us about his life and how he can do business in this new reality. Trade is most active over the weekends – there are tourists from Turkey and people from neighbouring centres, who come to town to shop or sell.

We asked everyone – what is life like in Gaziantep? The first answer is always the same: too expensive. Inevitably, the boom of the war raised the prices, and the cost of living has skyrocketed if compared to just two years ago. Rents have made a significant leap, and this is one of the most critical issues for refugees in the city.

Going from the centre of Gaziantep to the peripheries, and from Gaziantep towards the border, is a journey into poverty – as if the refugees were suddenly more visible, no longer fading into the background and the rhythms of the richest part of town.

In Reyhanli and Antakya, war is just around the corner, geographically and temporally. Here we meet the poorest refugees, so many of them – some have very little, some have nothing. They live in tents along the road or, more often, in garages turned into shelters – some threads to hang for improvised laundry, a stove, sometimes a small piece of furniture, hundreds of mattresses on the floor. They get by this way.

Between Gaziantep and Antiaka there is Islahiye, perhaps one of Turkey's most famous refugee camps in the Syrian emergency. The sea of tents in Islahiye has become part of the collective imaginary of this war. The camp is not visible from the outside, protected by a blue cover along the fence. Guarded by the military, there is an armoured vehicle at the entrance. Far less known, around the camp, there is a sort of citadel, spontaneously grown from an old school assigned to refugees. From there, the settlement has spread to a number of uninhabited barracks, now occupied – a semi-urban community, a disused periphery under organisation.

Among the buildings where refugees live, there is a new mosque (it was not there a year ago). We stop at a sort of coffee shop in a small shop and restaurant area – an old, unkempt place, few tables and not even a counter. It is raining outside, not very crowded inside (men only). We sit down and ask for a "Syrian" coffee – it goes without saying, we are advised that Syrian coffee is better than Turkish. The same goes for silk, construction of mosques, pistachios – it is a widespread opinion that everything "in Syria is better".

Fehmi, another local aid worker, helps us better understand how infinite this emergency is – growing, uncontrolled, multiplying in numbers and locations. He tells of how the refugee camps – on both sides beyond the border, now closed – explode with people. In Syria, in particular, spontaneous aggregations have formed around the official camps. People keep flowing in, fleeing from war, unable to leave the country. In these informal camps, life is harsh and official help banished (only a few independent volunteers), as it would fuel new arrivals and make an already volatile situation unmanageable.

Most Syrians in Turkey have a hard time with the new language – a barrier that isolates the elderly, disorients the adults, and makes learning more difficult for kids.

In Antyaka, we visit a school organised by a local NGO for Syrian children.

A drafty, but not quite dilapidated two-storey building, the school is attended by over 250 boys and girls. From the kitchen to the storage rooms, every space can turn into a class: there are desks everywhere, and students for each desk.

The institute's director explains how teaching is organised: the school system is parallel to that of the host country, with a curriculum approved by the Turkish government. Students that go to the Syrian school are required to attend the first, fifth, and ninth class (equivalent to our eighth grade) in a local Turkish school.

She also tells us how prices have risen not only in Gaziantep, but even in mid-sized Antyaka. From year to year, the institute has seen the rent double – she cannot tell where they will end up from January 2017.

Classes are mixed by gender and age; teachers are Syrian refugees themselves - men and women – or Turkish teachers. In addition to compulsory subjects, children learn Turkish and English. There is also a young Syrian psychologist, who shows us a human-shaped cardboard, which she uses to teach respect of gender equality and respect for the body – the proper distance, how to interact.

In the school one can perceive, very strongly, that feeling of unknown that is so typical of the places where refugees seek to reconstruct a normal existence. Life is marked by precarity, more or less active, more or less dignified, which strives "to inhabit" – in the most immediate, genuine sense of the term – the wait. Everyone is waiting for the end of the war, divided between the effort for inclusion in the new reality and the hope to return.

For the director of the school – a woman of severe, tireless look, "education remains the main integration tool". However, she believes in the importance of "children growing in their culture of origin" – two schools, two languages. "It's important, because one day we will return. If the war ended today, I would leave today on foot to return".

* Gian Matteo Apuzzo has just returned from a trip in the south of Turkey, on the border with Syria, within the "WomenNet" cooperation project funded by the Law 19/2000 of the Region Friuli Venezia Giulia, with partners Auxilia Onlus (leader), University of Trieste, and Maram Foundation (Gaziantep).