Turkey, the race for water 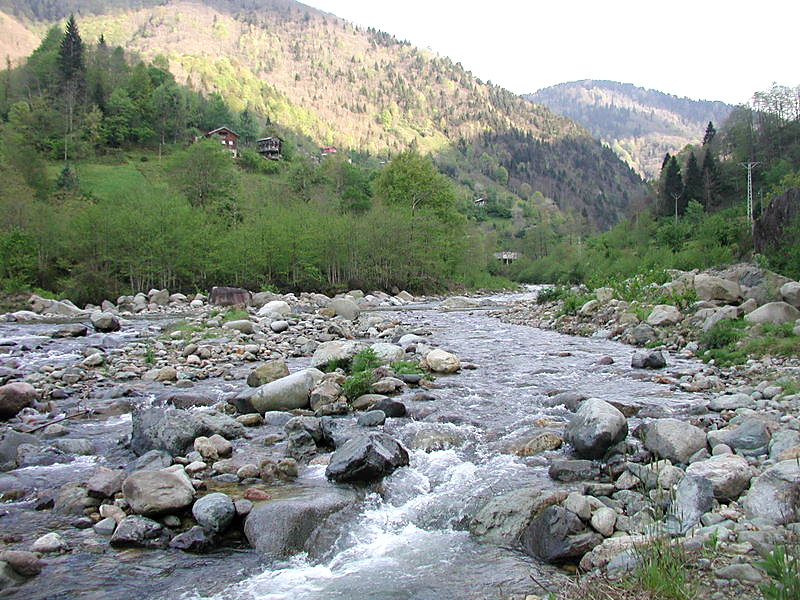 In one of the most beautiful regions of Turkey in the Black Sea area, hundreds of hydroelectric power plants are expected to be built – or have already been. The local population feels threatened and fights for the right to the integrity of the ecosystem. A report

The Black Sea region, one of the most beautiful parts of Turkey, will soon feature a disturbing record – full of waterways like no other area of the country, it will also become the one with the highest number of hydroelectric power plants. Only in the eastern section between Artvin and Giresun, 660 are operating, planned, or under construction. These power plants – up to 30 MW – will be supported by at least another 2,000 micro-power plants that will arise on streams with a lower water flow.

The local population perceives this scenario as a real threat to its survival, the integrity of the ecosystem, and biodiversity, and fights back using every means available: legal battles, self-organisation into associations and, when nothing else is left, even forms of guerrilla warfare.

"The state used to show up around here just before the elections. Even God had forgotten us. Everything that has been built in our villages has been done thanks to the remittances of fellow countrymen who live abroad. Now we are told that the country needs energy, so we have to think about the good of the nation and give up our land. I was born here and all I ask is to grow old here". Remziye Oğuz is one of two thousand souls that inhabit Köknar and Karacam, two twin villages situated at 1200 meters above sea level in the Solaklı Valley, in the province of Trabzon. 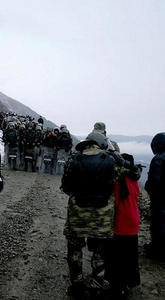 The two villages are special, and not just because their people are among the few communities in the region with Greek as their mother tongue. For two years now, the area has been the scene of repeated clashes between soldiers and villagers because of fierce resistance demonstrated by the latter against the recent construction of hydroelectric plant Derebaşı, one of 36 planned in the valley.

"In 2008, when the first power plant was built in neighbouring Çamlıkaya, no one opposed it because it was a small project, which did not damage the environment", told OBC Murat Sari, Karacam resident and member of the "Platform to protect the Solaklı Valley". "Besides, the contractors were locals and well-liked by the people. At first we thought that the following projects would have a similar impact. When the first informational meeting was organised, people did not react. But we were wrong. Then we understood the environmental devastation caused by the installation of Balkondu-1 in Uzuntarla, where whole sections of land have been cleared. From that moment we started to mobilize and prevent the construction companies access to the valley".

"The most violent clash occurred on November 3rd, 2011", says Ahmet Kalma, owner of a café in Köknar. "The authorities have sent in 668 gendarmes to escort the machines. Faced with the resistance of the villagers, the military intervened, not even sparing the women, always in the forefront".

"Before the fight, when we were doing the night guard under the snow, a village elder came with bags full of bread. It seemed a surreal scene, we almost felt like on the war front. Someone offered the bread to the police too, but we knew that the next day the bread would be returned in the form of beatings", continued the young couple.

Both have spent dozens of days in prison and have several trials pending. "We are constantly called to testify in the prosecution", says Aliye Tatli with a smile. Like many other women in the region, she has a strong sense of humour that transforms the story of their battles into a comic adventure. Yet, she is also very determined: "in this way they think that we will get tired and give up. But we will not".

For Karacam and Köknar, the legal defence options seem exhausted for the moment, since the appeal filed by the two villages has been prescribed. On the other side are very strong opponents. "The contractor Derebaşı A.Ş., whose main shareholder is the Şekerbank, has entrusted the project as a subcontractor to a company which belongs to Saral, a powerful family of our province with important ties in politics. The names involved in the foreground include former police chief in Ankara Cevdet Saral and former Minister of Energy Fahrettin Kurt", says Sarı.

Although the construction of the plant has not started yet, the overall picture – together with the now daily intrusion of law enforcement in the life of the village – seem to foster a sense of helplessness and resignation among the population. "My life is entirely conditioned by this situation", says Sari, "but I would die of remorse in the future if I did not oppose".

The Hemsin valley and the village of Hilal

East of Trabzon, from Surmene, starts the land of tea. In Hilal, as in the valley of Hemsin, for six years the main activity has been the cultivation of organic tea. As often happens in these areas, it is women who work the land. Abdurrahman Aydın, who returned in 2006 to live in his native village after a life spent between Istanbul and New Orleans, is a village head who strives to improve the living conditions of his fellow villagers. He explains that, although the state incentives the production of organic tea, it buys it at the same price as if grown with chemical fertilizers. The timing of growth of organic tea are much longer, and eventually its price on the market ends up three times higher than the other.

The future of the Hemsin valley is threatened by three power plants, the construction of which is blocked for the time being. According to residents of the area, they would cause irreparable damage to the environment and to the agricultural activities of all the villages in the valley. The first project was abandoned by the construction companies of their own will after the construction of the dam, the project of Şaraksel Enerji A.Ş., approved by the Ministry of Environment, was rejected in 2009 by a court order because it lacked an environmental impact report. A decree which halted the draft of the third central Mars Enerji Elektrik Ltd. Üretim was presented in 2010.

"The stream is already no longer like what it once was", says Ayşe Aydın, "in the past, the flow was so strong it would keep us awake at night. The remaining water is just enough for our needs, the dam would be the end for us". Ayşe Aydın Zorbozan and Melahat report that during the winter months almost all the inhabitants migrate in large cities, "the village becomes almost impassable because of the strong snowfalls and the lack of adequate infrastructure". As of April, the return begins and the population of the village is multiplied by the number of visitors come to spend the summer diving into the waters of the river Hemsin. "We would like to live in Hilal all year round, but it is not possible. We wish there were more job opportunities and tourism-related activities".

Among the most passionate opposers of the plant there is also Saricam Seher, 75, high-pitched voice and a long stick she accompanies her speech with. "Do you know how many means of transport I have to take it from here to go to the hospital for a visit? At least three. And do you know how much it costs? Before you think to build a power plant, you must put a hospital here".

Abdurrahman Aydın is convinced that the underlying agenda of construction works in the valley is not related to energy production, but rather appropriation of water. "One of the projects presented described the river's water as clean and drinkable. Why would you specify that it is drinkable if the focus is solely on the production of energy?".

"Even if the word 'privatization' is not openly pronounced, it is what in fact is happening", says Okumuşoğlu Yakup, expert on environmental issues and lawyer in over two dozen lawsuits filed by the local population against power plants. "The state grants contractors the right to use water in stretches of rivers for 49 years, renewable for another 49. Let's note that sometimes on a single river are built dozens of power plants".

The boom in hydroelectric power stations started in 2004-2005, when legal reforms opened the doors of electricity production to private companies. The government plan aims to harvest energy from every possible water resource to help reduce the country's heavy dependence on foreign sources of supply. The potential national water amount (at a purely theoretical level) is 433 billion Kw / h per year. According to the daily Milliyet, in December 2012 there were 985 companies entitled to a concession agreement for the exploitation of the water.

So far, the lawsuits filed by environmental groups have been largely successful. However, recent legislative changes are likely to make them more difficult. In fact, a recent law abolished the obligation of issuing the environmental impact report, while another under discussion in parliament provides for the opening of protected areas of national parks to construction works.

The wonderful fırtına Valley is one of these protected areas. Özlem and Özay Erol, environmental activists, manage a motel in Camlihemsin, in the province of Rize, also famous for bee-keeping. In the 90s the valley has already had its first experience of struggle against a hydroelectric project, successful thanks to the compact reaction of the local population. "We just found out that now they are planning another 7", says Özlem. "The people of this region have a visceral connection with the water. If the same situation arose, I'm sure they would defend it at all costs".

According to the activists, for the moment, the essential thing is to maintain the natural state of the fırtına valley. "This place has already wounds to heal. The new tourism sector, with hordes of visitors uncaring of soiling or damaging the environment, has created enough damage. It is a difficult land to live, but also very special because of its natural and cultural features. What we would like is for these two values to be preserved through sustainable projects. Applying the rules of savage capitalism in such an area will create irreparable harm".