Turkey and its problems with the neighbours 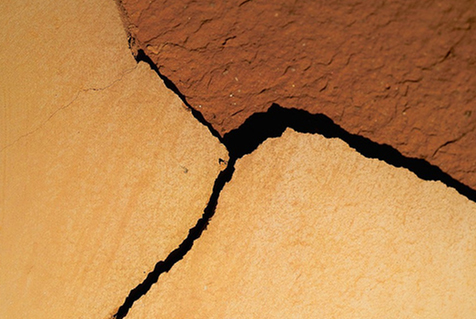 The motto of Turkey's foreign policy in recent years has been: “Zero problems with the neighbours”. But now the Syrian crisis is forcing Ankara to consider a possible military intervention to bring an end to the violence of Bashar al-Assad's regime

Despite the cease fire between the rebels and the Syrian government, established by the UN special envoy, Kofi Annan, violence is continuing. The situation on the Turkish Syrian border also remains unstable.

In the area of the Turkish border passage Öncüpınar , near the refugee camp of Kilis, tension remained high after Syrian militia opened fire a week ago on about twenty people trying to cross the border. Two people died and several were wounded. Moreover some shots hit the camp of Kilis, wounding another two refugees, an interpreter and a Turkish policeman. This was repeated on the following days, with more Syrian rebels wounded or killed as they tried to cross the border and bullets hitting the prefabricated shelters in the refugee camp.

Last week's shooting heightened the tension between Ankara and Damascus, leading Prime Minister Recep Tayyip Erdoğan to define it as “a clear, distinct border violation”. However the Prime Minister, who was on an official visit to China (where Ankara and Beijing signed an agreement on energy cooperation worth a billion dollars), avoided commenting immediately on the “consequences” of the violation.

Last Wednesday the Foreign Minister, Ahmet Davutoğlu, who, after the shootings on the previsous Monday, had interrupted his visit with the Prime Minister to China, convened a meeting with the military, intelligence and the Home Office to discuss how to prevent similar episodes in the future “without endangering the lives of refugees or provoking Syrian soldiers”. During this meeting a road map was also outlined defining the steps to be taken in the international arena in the case of al-Assad not respecting the cease fire. Davutoğlu also held a video conference with the G8 Ministers meeting in Washington to analyse the Syrian situation.

From the moment when the bloody repression of the Syrian people's protests began, Prime Minister Erdoğan has been one of the hardest critics of the Syrian President. During the second meeting of the Friends of Syria, held in Istanbul on April 1st, Erdoğan stated clearly that the peace plan of the special envoy of the UN and the Arab League, Kofi Annan, could be considered only as a means for Bashar al-Assad to gain time, and insisted a deadline for the cessation of violence in Syria be fixed. During this summit Turkey also called for the National Syrian Council, the principal opposition coalition against the Damascus regime with an office in Istanbul, to be recognized as the “only” legitimate representative of the Syrian people, without however achieving the hoped for result.

The 82 nations and international organisations “Friends of Syria” present at the Istanbul summit agreed in wanting a regime change in the country of al-Assad. Disagreement arose on the means and timing proposed for this change, and this is reflected in the present situation of deadlock.

Annan's peace plan was backed by the USA and other members of the UN Security Council because it would secure the agreement of Russia and China, the two members of the Council who had previously blocked sanctions directed at the Syrian regime. Even Iran, historically an ally of Syria but whose relationship with Ankara is increasingly fragile, confirmed through its Foreign Minister Ali Akbar Salehi its support for the Annan plan, on condition that al-Assad stayed in power.

Arming the rebels or military intervention

The question of arming the rebels is something countries other than Saudi Arabia and Qatar oppose. For Erdoğan, on the other hand, it means seeing “ if the UN Security Council will once again avoid assuming its rightful role”. In that case “ there will be no alternative to arming the Syrian people to permit them to defend themselves legitimately”.

Some of the local press have enthusiastically supported the idea of an individual military intervention by Turkey, even providing evidence that proves the action would be legitimate, as did Abdullah Bozkurt, director in the Ankara office of Today's Zaman, who wrote: “What will happen if the UN cannot act in unison while Russia and China use their veto for the third time? Ankara will probably look to the Adana agreement of 1998 (drawn up to prevent PKK activities in Syria) signed with Syria to justify the military intrusion, while it calls on the NATO members to apply article 5 of the Atlantic pact according to which an attack on one member is considered an attack against all”.

Nevertheless, Ankara has, on more than one occasion, declared its opposition to a unilateral intervention against Syria. It asks rather for an intervention under the UN, even in the contingency of setting up a protected area, an idea which has been discussed for some time and is connected particularly to the flow of refugees from Syria.

The exodus of Syrian refugees to Turkey, which began at the end of April 2011, has now reached the number of 25 thousand. Over the last two weeks the number has increased exponentially – last Monday night alone 2,700 Syrian refugees crossed the border. These people, who do not enjoy refugee status due to the geographical conditions posed by Turkey to the Geneva agreement of 1951 to which it was a signatory, are considered “guests”, without an exact juridical basis, which makes their condition potentially open to arbitrary interpretations. The situation is made worse by the fact that – except in limited cases – neither journalists nor experts from the UN High Commission for Refugees (UNHCR) are admitted to the camps.

Crossing into Turkish territory was facilitated by the regime's earlier abolition of visas for Syrian citizens and the government's decision to keep the borders with Syria open. So far 8 camps of tents and a settlement of prefabricated houses at Kilis have received the evacuees, but new arrangements are in preparation, still along the border zone.

In the present state of affairs Ankara holds 50,000 to be its limit beyond which it cannot support the “guests” alone. The analyst at Milliyet, Asli Aydıntaşbaş , basing himself on government sources, states that going above this ceiling would constitute a “question of national security” for Turkey.

According to Aydıntaşbaş , Ankara envisages two possible outcomes for Syria: if the refugees exceed Turkey's reception capacity or if the Syrian government were to attack the town of Aleppo, near the Turkish border, “protected areas” would be established just beyond the border, in Syrian territory. “Corridors of humanitarian aid”, their safety ensured by the Turkish army, would be formed “in the uninhabited area between the two borders, or in different parts of Syria.

The analyst also projects two borders separating Turkey and Syria. “The first one is physical, consisting in a fence, the second is up to 2 Km from the first and is the real one. Experts foresee that the humanitarian corridors could be fitted between the two borders, and would belong to Turkey.

“Public opinion must be somewhat confused. For various different reasons, the majority probably does not want to get involved in the Syrian question. In reality, however, this is not possible,” writes Soli Özel, another foreign policy expert, in a comment in Habertürk, “because what is happening in Syria is influencing and will continue to influence Turkey for its proximity. On the one side a massacre is taking place before our eyes and we don't know when it will all finish. On the other tensions will be created within the country by the message we give Syria invading its territory, even if it's for humanitarian reasons, and the deaths to be counted in the conflict which will follow.”

Whatever decisions are taken in the following days about the Syrian crisis, the political phase of zero problems with the neighbours seems now remote.