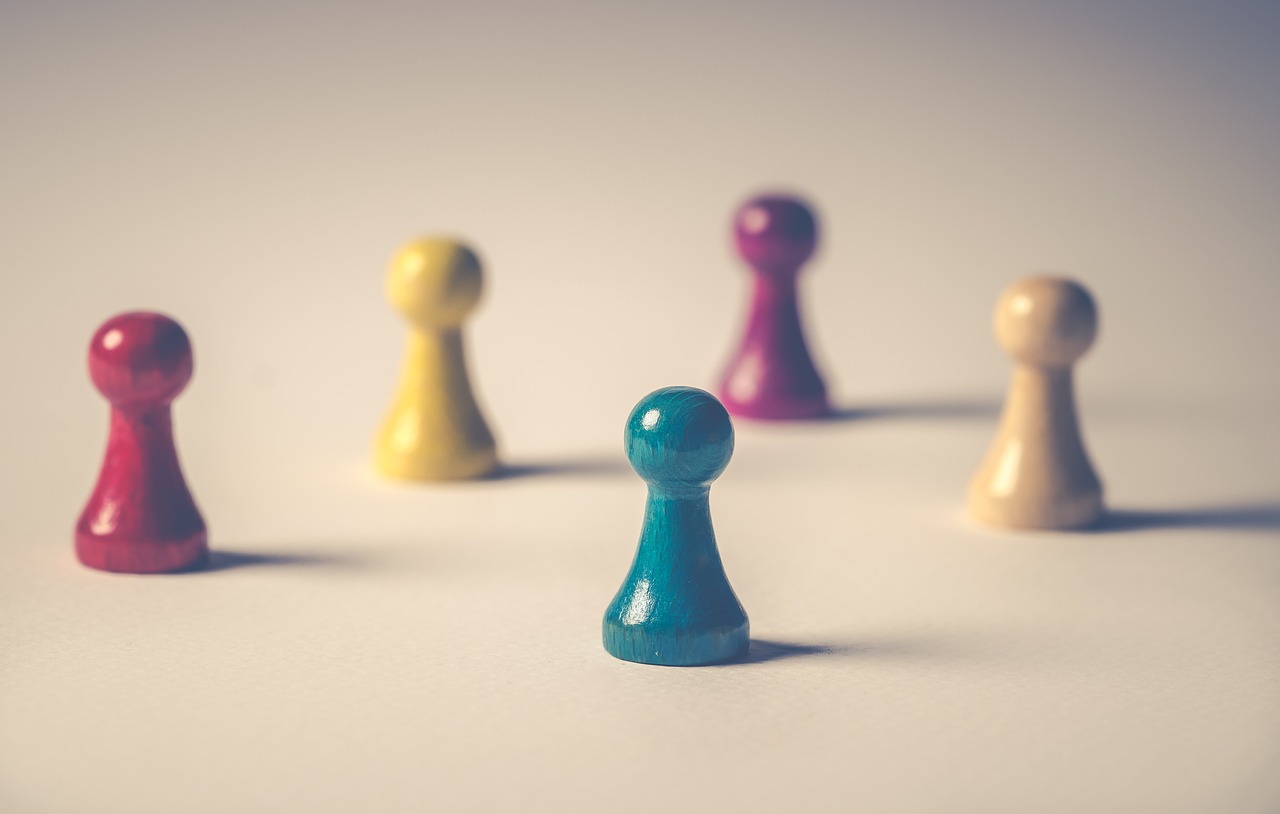 Following the recent amendments to the electoral law, the climate in Turkey reminds that of the pre-electoral period. The country, though, will not head to the polls earlier than in November 2019. An analysis by our local correspondent

On April 16th, 2017, a referendum turned the Turkish state from a parliamentary democracy into a presidential system. Once a mainly symbolic and strictly bipartisan figure, the president now takes in the role of the prime minister and also controls both the parliament and the state's bureaucracy.

The reform, pushed by the Justice and Development Party (AKP) government, gained the 51,4% of preferences and passed by a narrow margin of just 1,4 million votes. The outcome was highly contested by the oppositions and international observers, especially since the Supreme Electoral Council (YSK) decided to accept at least 1,5 million ballots – with other sources suggesting up to 2.5 million – despite the lack of the official YSK stamp.

Moreover, the referendum was conducted under a State of emergency, enacted since the attempted coup in July 2016 and still ongoing today, that impeded a fair and free consultation, according to the Osce. Since then, the government has been working to harmonise the Turkish laws with the changes introduced by the referendum.

Several amendments have been introduced in the last months to the Turkish electoral law.

Mustafa Şentop, AKP lawmaker and the mastermind behind the reform, explained in an interview with pro-government daily Sabah that these changes are deemed necessary to end the tutelage of the international community (especially the US) over the country. According to this reasoning, the Constitutional charts adopted in the countries of the Atlantic block following the Second World War would all be biased by the US patronage, as a result of the Cold War. These Charts would therefore fail to mirror social struggles or the effort at balancing powers, but would rather impose ties which are functional to the neo-imperialist plan of Western powers, limiting national governments and introducing values which are not familiar with the Anatolic culture.

According to the opposition, the true objective behind these amendments s the intention to adapt the Electoral law to the government's own benefits. Despite the fact that the next consultations will be only held in November 2019, when both the president and the parliament members will be elected, the country lives in a climate of permanent electoral campaign.

Polls suggest that the necessary 50% +1 votes to win the presidency are not safely in the hands of current president Erdoğan – a risk he is not willing to take.

The new law introduced several changes, the most conspicuous one being unstamped and multiple-stamped ballots now to be considered valid, therefore solving the controversy that arose last year during the referendum.

Another amendment allows parties to form alliances to pass the 10% electoral threshold, the highest in the world. Political parties within an alliance can win seats in parliament even if they fall below the 10%. This will allow Erdoğan’s ruling AKP to run with the far-right Nationalist Action Party (MHP).

Fearing the electoral threshold, MHP leader Devlet Bahçeli previously called for a reform to lower it. But lowering the threshold was not in AKP's plans, as it would allow other smaller parties to become more relevant and possibly to drain away AKP's support. The way out from the blind alley was found in the recent amendment: the survival of the MHP is guaranteed and, since no other significant alliances are foreseeable between other parties, the amendment will likely end up serving the AKP-MHP coalition only. Or, to use Şentop's own words, “I can't even imagine the People's Alliance consisting of the AKP and MHP losing the elections”.

Moreover, other amendments allow the YSK to change the electoral districts and move the ballot boxes for security reasons. YSK-chosen staff will now run the booths instead of the committee heads elected by the political parties. Finally, security forces will be allowed to station next to the booths.

These changes, justified by alleged security concerns related to the situation in the south-east of the country, raised concerns that the electoral outcome will be heavily impacted by the decisions of the local governors and security forces.

It is useful to note that the changes to the electoral law do not follow the recommendations included in the Osce's report following April 2017, which called for a broader participation of political parties and civil society in a freer environment.

The new electoral law further consolidates a two-party system in the country, a perspective welcomed by the AKP. In the right-wing area, the AKP aims to absorb a large part of the nationalist constituency. For example, the narrative presenting military interventions in Northern Syria as a solution to relocate hundred of thousands of Syrian refugees currently hosted in Turkey aimed at easing the turmoil among nationalist voters and their increasing anti-immigration feelings.

Ceren Baysan, a researcher from UC Berkeley, pointed out in a recent interview how Turkish voters do truly care about issues like terrorism and national security. The AKP is piling up consensus over them at a time in which the line between real concerns and fear-mongering tactics has been carefully blurred, especially if we consider the current state of Turkish media.

At the same time, conservative parties that do not align themselves with the AKP are being marginalised, not allowing any alternative to rise up in the conservative field.
The newly formed nationalist IYI Party, led by Meral Aksener, resulted from a split within the MHP by those who did not support Bahçeli's choice to side with Erdoğan. It might erode part of the nationalist vote share and it represents one of the wild cards in the next elections.

The small Islamist party Saadet (Happiness), led by Temel Karamollaoğlu, has been critical toward the government and gained attention for its potential of collecting disillusioned AKP voters and form an Islamist opposition. Erdoğan's attitude toward Saadet has alternated offers of alliance for the good cause of the unity of believers with disdainful threats. Both IYI and Saadet are considered to be capable of obtaining around 7% of votes, possibly overcoming the threshold, and they will play a significant role in the upcoming elections.

A different story goes on in the centre-left side of the Turkish political spectrum, where the two main parties, leftist liberal HDP and centrist CHP, are fighting their own wars.

Minority-friendly HDP is struggling against a massive crackdown on both its leadership and affiliates. Started in 2015, following the government's U-turn on the peace process between the state and the outlawed Kurdish Workers Party (PKK), this crackdown led to the imprisonment of at least 10,000 members, the party being branded as a terrorist-friendly organisation. This makes it impossible for the party to look for allies and led to utmost political isolation, as other political organisations fear they might also be targeted with the evergreen terrorism accusations.

At the same time, dozens of HDP-elected majors were dismissed from their positions and replaced with state governor's appointed trustees, which means that millions of citizens are now governed by non-elected administrators. All together, this cripples the HDP's capability of campaigning, despite the party's attempt to reorganise under the newly elected leadership of Pervin Buldan, a Kurdish politician, and Turkish economist Sezai Temelli.

The CHP, with Atatürk's legacy, is stuck with its inability to earn the trust of voters beyond its hardcore constituency, that roughly represents 25% of the electorate. It failed again to renew its leadership, with Kemal Kılıçdaroğlu again appointed as the party's secretary in February despite eight years of consecutive defeats at the polls. The party still bears on its shoulders the burden of its historical failure to transform from an elitist, authoritarian, and military-dependent organisation into a modern party with broad consensus. It is despised by both pious Turkish conservatives, that blame it for decades of political isolation and therefore will hardly betray Erdoğan's leadership, and the leftist and pro-Kurdish field for its responsibilities in the repression manu militari of their political and civil struggles.

The whole combination of the changes to the electoral law with the current political landscape – ongoing state of emergency, state of the media, involvement in the Syrian war, purges of state employees – is pushing part of the population to consider a boycott of the elections. Despite the call by some intellectuals and journalist to stay away from such an idea, the simple fact that a boycott is widely debated rings a worrying bell that signals a widespread disaffection toward the chance of having fair and free elections and, ultimately, toward the very democratic nature of the Turkish republic.