Turkey: The re-arrest of Novelist Ahmet Altan is Arbitrary and Cruel 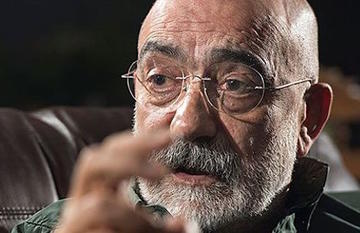 Turkish authorities have re-arrested the internationally-known Turkish novelist Ahmet Altan just one week after his release from over three years in detention. OBCT, ARTICLE 19 and the undersigned organisations said that his re-arrest on 12 November was an extraordinarily low blow in a case that has been marked by political interference and arbitrariness from start to finish.

In addition to ongoing violations of his right to freedom of expression, stemming from a prosecution that should never have been brought in the first place, his re-arrest is a form of judicial harassment. Altan should be immediately released and his conviction vacated, the organisations said.

After the verdict in his re-trial was handed down, the prosecutor appealed the decision to release him and on 12 November another panel of judges accepted this appeal and ruled that he should be re-arrested. Altan’s defence lawyers were not formally communicated the Court’s decision, but instead they learned about it through the pro-government media. Altan was detained later that evening and sent to Silivri Prison the following day.

Article 5 of the European Convention on Human Rights prohibits all arbitrary deprivation of liberty and the European Court of Human Rights has held that arbitrariness can arise where there has been an element of bad faith on the part of the authorities. Altan’s re-arrest and detention gives every appearance of being politically motivated, arbitrary, and incompatible with the right to liberty under Article 5. The organisations pointed to the following aspects of his re-arrest:

“The entire process of Ahmet Altan’s trial and retrial, including his prolonged detention, his release and then re-arrest on spurious grounds, has been completely arbitrary. The same court that convicted Altan of ‘attempting to overthrow the constitutional order’ then oversaw a retrial and convicted him of ‘aiding a terrorist organisation’, on the same evidence, which primarily consisted of Altan’s writings. That court then released him on bail and another court with no experience of the case ruled for his re-arrest.”

“The case of Ahmet Altan is emblematic of the crackdown against writers and journalists in Turkey. Political revenge rather than justice has dominated the proceedings.”

We repeat our call for the Turkish authorities to release Ahmet Altan and vacate the conviction against him. The Turkish authorities should cease all judicial harassment of individuals on the basis of their political opinions and for exercising their fundamental right to freedom of expression.

Ahmet Altan is an internationally-known Turkish novelist who was convicted to life imprisonment without the possibility of parole in February 2018 for ‘attempting to overthrow the constitutional order’ in an unfair trial that primarily relied on his writings and comments in broadcast media. His case was overturned by the Supreme Court of Appeals in July, who recommended a retrial on equally bogus charges of ‘aiding a terrorist organisation without being its member’. On 4 November Altan was convicted on the new charges and sentenced to 10 years and 6 months in prison. He was released on bail pending appeal, after having served over three years in detention, awaiting trial or appeal. On 12 November he was returned to prison, just one week after his release.

On 6 November, the prosecutor in the case also challenged the decision to release Altan, on the grounds that there was a flight risk, despite the fact that a foreign travel ban had been put in place.

On 8 November, the Presidency challenged the verdict, including the release of Altan, stating that all defendants should be charged on the basis of the initial indictment.

On 11 November, the presiding Judge and Prosecutor of the Heavy Penal Court No. 27 were changed.

On 12 November, the Heavy Penal Court No. 27, with the new Judge and Prosecutor, reviewed the legal decision of the Heavy Penal Court No. 26 and issued a ruling. The ruling was not provided to the defence lawyers, but was leaked to the pro-government press which immediately reported that an arrest warrant had been issued. Ahmet Altan was re-arrested that evening, before the decision was communicated to him or his lawyers officially.

On 13 November, Altan was taken before the presiding judge at the Heavy Penal Court No. 27, to review his arrest and decide on his transfer to prison. The judge ruled that he should be returned to prison.

Note: ARTICLE 19 submitted an expert opinion to the court during the first trial, which examined the coup-related charges and evidence against international standards on the right to freedom of expression. Human Rights Watch also assessed the indictment, and like ARTICLE 19, found that the journalistic works cited expressed political opinions and did not incite or advocate violence. No new evidence was presented at the retrial on terrorism charges.