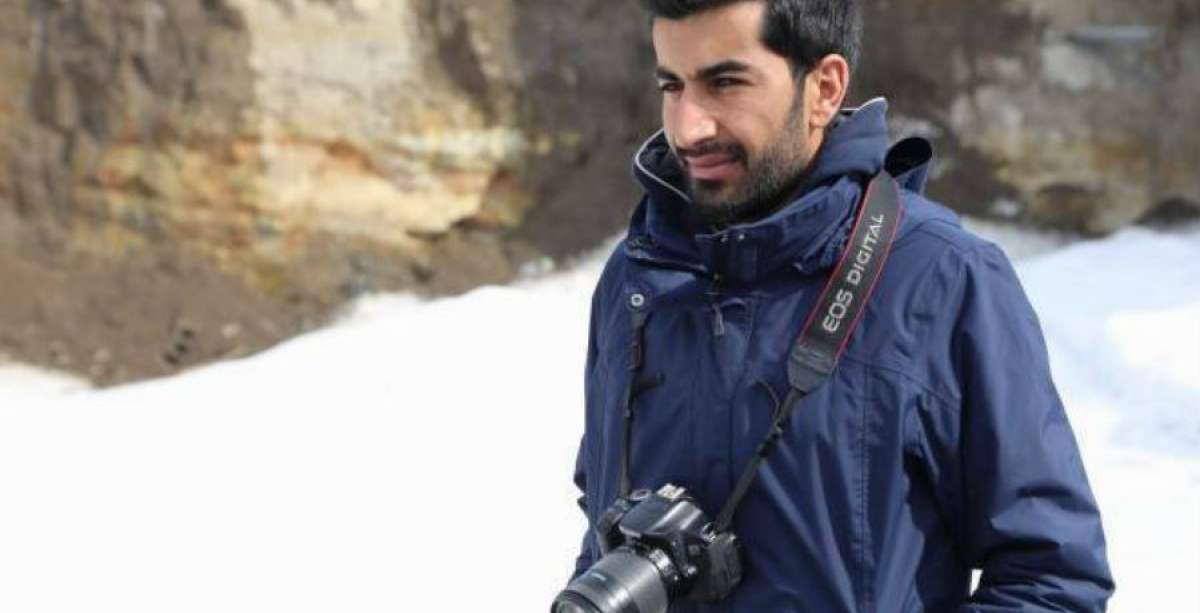 We co-signed a call to release Nedim Türfent, behind bars for terrorism after a clearly unfair trial

‘There are so many injustices in our country that I hesitate to make statements on such specific days. On the other hand, it is easier to shine a light on injustices, unlawfulness and unfairness through known examples. This is why I see the 2000 days imprisonment as a symbol of the greater injustice in the country. It is imperative that there should be some sensitivity, not only for my own situation, but also for all prisoners who have been deprived of their freedom because of their opinions and their right to engage in politics. On the occasion of this day, I call upon all national and international rights organizations to show solidarity with all those imprisoned because of their thoughts, words and identities.’

54 organisations urge once again the Turkish authorities to immediately and unconditionally release news editor, reporter and poet Nedim Türfent, and to overturn his conviction. Today marks 2000 days since he was arrested and subsequently sentenced to eight years and nine months in prison on trumped-up terrorism charges following an unfair trial, during which scores of witnesses said they had been tortured into testifying against him.

A news editor and reporter at the now-closed pro-Kurdish Dicle News Agency (DİHA), Nedim Türfent was detained on 12 May 2016 shortly after reporting on Turkish special police forces’ ill-treatment of Kurdish workers. Soon after his video footage was released, Türfent began receiving death threats from the police and was the target of an online harassment campaign. He was formally charged with ‘membership of a terrorist organisation’ one day after his arrest; the indictment was first produced 10 months later. He spent almost two years in solitary confinement in harrowing detention conditions.

‘Today marks another painful milestone in Nedim Türfent’s gross miscarriage of justice. That he has now spent 2000 days behind bars simply for doing his job beggars belief. As a first step towards rectifying this injustice, the Turkish authorities must release him immediately and unconditionally and urgently quash his conviction. Türfent’s application before the European Court of Human Rights is still pending, almost three years after being lodged, and we trust that the Court can prioritize the case. The PEN Community stands once again by Türfent and all the writers and journalists wrongfully imprisoned in Turkey and will keep advocating for their freedom until every single one of them is released’, said Ma Thida, Chair of PEN International’s Writers in Prison Committee.

Among the reasons listed in the indictment were Türfent’s social media posts, his news reporting and 20 concealed witness testimonies. His first hearing was held in Hakkari on 14 June 2017, some 200 km away from Van where he was being detained. He was denied the right to appear physically in court seven times, and instead testified via the judicial conferencing system SEGBİS, experiencing severe connection and interpretation issues. Out of the 20 witnesses called, 19 retracted their statements, saying they had been extracted under torture.

‘Today, we pass another milestone of injustice without end for Nedim, punished for his courage as a reporter. Nedim has spent 2000 days behind bars waiting for freedom. 2000 days he should never have lost and can never regain. Hundreds more journalists have been similarly targeted by a judiciary weaponised to silence dissent. We have twice asked the Constitutional Court to prioritize Nedim’s appeal to bring a swift end to this gross violation of rights. We trust that this time they will act,’ said Renan Akyavaş, IPI Turkey Programme Coordinator.

Despite such clear evidence of flagrant violations, including of his right to a fair trial, Türfent was sentenced to eight years and nine months in prison for ‘membership of a terrorist organisation’ and ‘spreading terrorist propaganda’ on 15 December 2017. The sentence was approved by the Court of Cassation on 9 May 2020. His application before the Constitutional Court is still pending, more than three years after being lodged. His lawyers appealed to the European Court of Human Rights on 5 February 2019.

‘Nedim has been punished for his journalism which should have been awarded. The injustices that Nedim faces are injustices the majority of Kurdish journalists face in Turkey. That is why we call on every person and institution that sincerely stands for freedom of expression to stand with Nedim,’ said Mümtaz Murat Kök, Media and Law Studies Association (MLSA) Projects and Communications Coordinator.