The Uyghur question between Ankara and Beijing 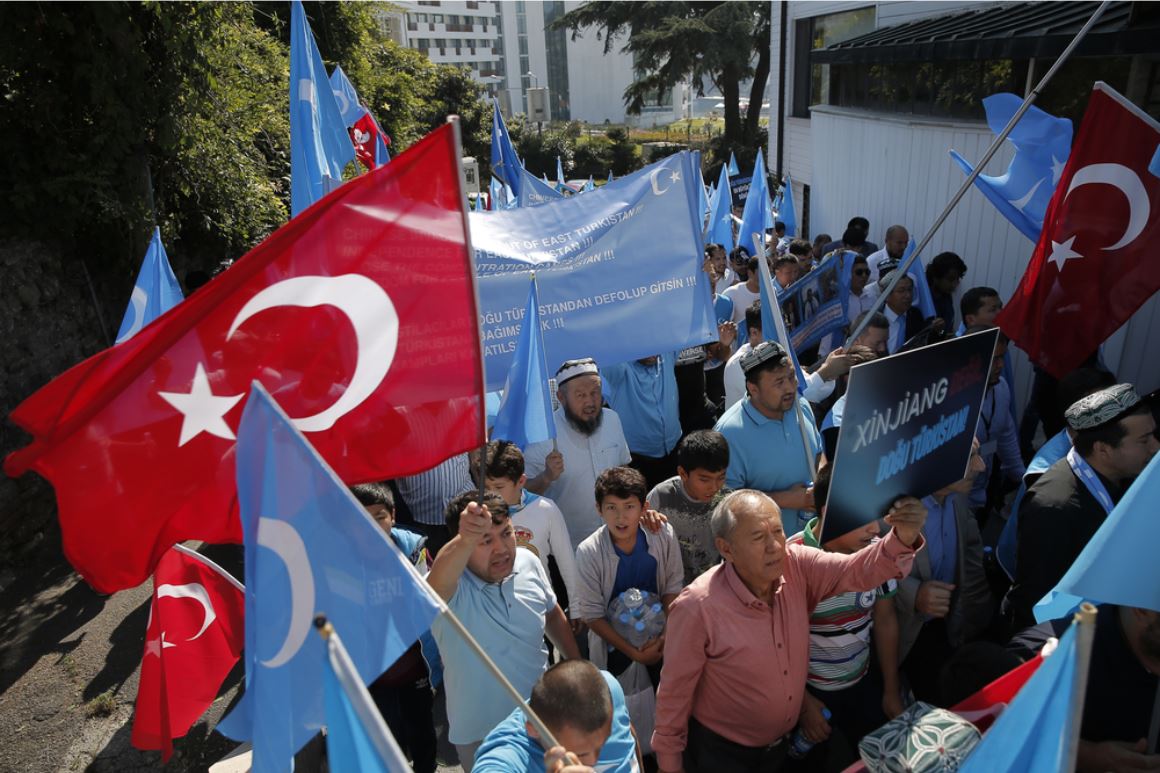 Relations between Turkey and China are growing strong, as confirmed by the recent visit to Ankara by the Chinese Foreign Minister. Relations, however, are complicated by the unresolved question of the Turkish-speaking Uyghurs repressed by Beijing

Political and economic relations, but also the fight against Covid-19: these were the main issues discussed between Recep Tayyip Erdogan and Chinese Foreign Minister Wang Yi during his visit to Ankara at the end of March.

During a diplomatic tour that took him to Iran, Saudi Arabia, and the Gulf countries, the Chinese politician also passed through Turkey, sealing the solid relationship built by Ankara and Beijing over the last ten years. Over 20 billion dollars a year of economic exchange, top-level international collaborations – such as in the management of the port of Taranto – and Chinese investments of over 2 billion dollars in Turkey in key sectors such as energy, infrastructure, logistics, finance, and telecommunications.

Paradoxically, in relations between Turkey and China, it is the Turkish president who calls out Beijing on respect for human rights. And this too happens without affecting economic relations, at least for now.

"We have expressed our sensitivity and our opinions regarding Uighurs", stated Turkish Foreign Minister Mevlut Cavusoglu after meeting with his Chinese counterpart Wang Yi on 25 March in Ankara. In his tweet , both in Turkish and English, Cavusoglu used the term “Uyghur Turks” to explicitly point out the fact, well known in Turkey, that the Uyghur population is of Turkish-speaking ethnicity.

Originating from a Central Asian region that they themselves define Eastern Turkistan, the Uyghurs also share the Muslim religion with the Turks as well as many dishes of their tradition. However, the word Eastern Turkistan does not exist in Chinese maps. The region mostly inhabited by Uyghurs is officially called Xinjang, and the Beijing government has had a conflicting relationship with Uyghurs since the founding of the People's Republic of China.

In fact, even before 1949 the Uyghurs tried twice to create an independent state, only succeeding momentarily for a few years. Although they are officially recognised as one of the 56 minorities of the People's Republic, for years Beijing has been fighting the Uyghur independence movement and has been pursuing a process of forced assimilation that has reached dramatic levels in recent years.

The complaints of the Human Rights Observatory of Eastern Turkistan

"To avoid admitting the human rights violations it commits against us, China is using disinformation", claims Nureddin Izbasar, a Uyghur who for years has lived in Istanbul, where he founded the Observatory for Human Rights of Eastern Turkistan in 2019.

Izbasar tells of camps in Xinjang officially opened to re-educate Uyghurs, where they are forced into actual captivity. He estimates that over a million people are detained every year, citing rapes, killings, and children stolen from their families.

Describing the predicament of his people, the president of the Human Rights Observatory of Eastern Turkistan even makes a comparison with the death camps of Nazi Germany. Erdogan himself used the term "genocide" to define the treatment of the Uyghur population more than 10 years ago, when he was prime minister and the situation of the Uyghurs was not so different from today.

At the time, few politicians in Europe could be heard using such harsh tones to criticise China for its treatment of Uyghurs. Today, Europe has a much clearer position in condemning Beijing for the Uyghur question, as demonstrated by the sanctions recently imposed on China by the EU for this very reason.

Even the United States of the new Biden administration have criticised the Chinese government's position towards the Uyghurs, officially calling it "genocide". The Turkish president, on the other hand, no longer uses this term and is establishing growing relations with the Beijing government.

The term is instead used by the Uyghurs living in Turkey – almost 60,000 people to whom Ankara grants hospitality and the right to express their anger against China. On the day of the visit of the Chinese Foreign Minister to Ankara, the Uyghurs were able to protest publicly not only in the Turkish capital, but also in Istanbul, where most of their diaspora in Turkish territory lives.

This is a meaningful point, considering that Erdogan's Turkey regularly bans or severely represses public demonstrations of political dissent. The silence of the Turkish president regarding the Uyghur question is not in fact to be interpreted as a change of position in the name of economic interest.

According to the Turkish press, during the visit of the Chinese Foreign Minister Erdogan expressed disapproval of Beijing's policies against Uyghurs. The day after the visit, the Turkish president publicly complained that China had promised to send 50 million doses of the anti-Covid vaccine Sinovac to Turkey by the end of February – out of a total of 100 million doses promised – but the pacts were not fully respected, and Erdogan assured that he raised the issue personally with Wang Yi.

According to Uyghurs in Turkey, the reason for this delay is Ankara’s failure to ratify an agreement between Turkey and China for the extradition of Uyghurs regarded as terrorists by Beijing. At the end of last year, just as Ankara was agreeing with Beijing to buy the Sinovac vaccine, the Chinese government ratified the Uyghur extradition agreement, while the Turkish parliament has yet to comment on it. Failure to deliver the vaccines would therefore be a form of pressure exerted by China on Turkey.

"The Uyghurs living in Turkey right now are very frightened by this extradition agreement", says Nureddin Izbasar of the Human Rights Observatory of Eastern Turkistan. According to Izbasar, if Ankara ratified the agreement, this could become a dangerous precedent for the governments of other Muslim states where the Uyghur diaspora is present, that see Turkey as a model.

Although with the growth of political and economic relations Erdogan has somewhat moderated criticism of Beijing regarding the treatment of Uyghurs, the position of the Turkish government does not seem to have changed and certainly the Uyghurs hope that the Turkish administration can still protect them. Meanwhile, doses of the Sinovac vaccine are still slow in coming.