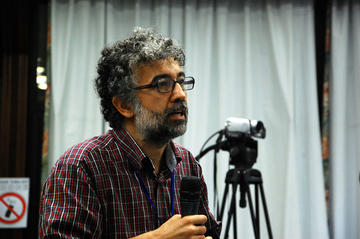 OSCE Representative appalled by imprisonment of two journalists and a human rights activist in Turkey, urges their release

VIENNA, 20 June 2016 – The detention of two journalists and a human rights activist for expressing solidarity with their colleagues is the latest, and a most severe, blow to freedom of expression and media freedom in Turkey, Dunja Mijatović, the OSCE media freedom representative said today.

“Silencing these individuals, and thereby curbing pluralistic debate, is deeply damaging to not only the affected individuals and their loved ones, but also to society as a whole,” Mijatović said. “The authorities should drop the charges and stop using imprisonment as a way to fight differing voices.”

Erol Önderoglu, Reporters Without Borders Turkey representative, Ahmet Nesin, a freelance journalist, and Şebnem Korur Fincancı, head of the Turkey Human Rights Foundation, appeared in court today to face charges of terrorist propaganda, for expressing solidarity and participating in events organized by the Kurdish media outlet Özgür Gündem. Following court proceedings, all three were detained. Over 40 journalists supported the campaign, 37 of them have already been investigated for their support.

“The detention of Önderoğlu, Nesin and Fincancı, is the latest warning that objective reporting is under severe attack in Turkey,” Mijatović said. “It also shows that expressing solidarity is regarded by the authorities as a crime punishable with prison.”

Önderoglu has been working with the Office of the OSCE Representative on Freedom of the Media for many years on projects and publications.

“Önderoglu is not only a prominent journalist, but one of my Office’s most outstanding media experts, and a trusted friend. He embodies what good journalism is all about,” Mijatović said.