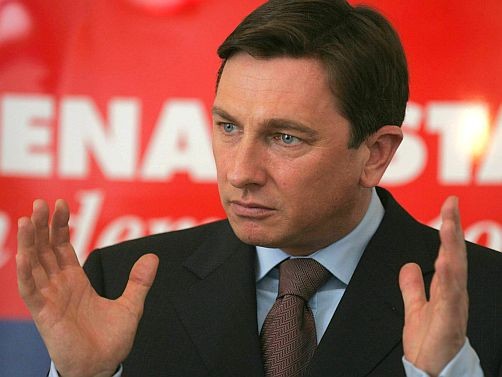 Slovenia quietly blocked Croatia's accession into the European Union (EU), because of a few kilometres of disputed land and maritime border in the Piran bay. The relations between the two countries are tenser than ever before. The EU headquarters is trying not to take sides

Slovenia blocked 11 chapters in Croatia's negotiations with the European Union. Croatia presented documents that assume ratification of the existing borders. Therefore, according to Ljubljana, Slovenia's "vital national interest" is at stake. The essence of the issue, in fact, involves just a few square kilometres of land and the marking of the maritime border in the Piran bay.

Nicolas Sarkozy, as the occupant of the rotating EU presidency, tried to mediate between the two countries. Croatia, but not Slovenia, accepted his proposal. Croatia was ready to declare that the documents presented to the EU would not presuppose the acceptance of existing borders. Instead, Slovenia wanted Croatia to commit not to use in a possible international arbitration any documents after its independence declaration. The request would set aside every law and ministerial decree passed since the creation of the two states. In addition, after having argued for 15 years over the exact demarcation of the borderline, the two countries are now quarrelling if and how to resolve the situation before an international body.

Over the past months, Slovenian officials implied that Croatia must make a concession to Slovenia if it wanted to enter the EU. The intent was to utilize Slovenia's membership in the EU and NATO. In the 1990s, Ljubljana had to respond to Italy's veto of its entry into the EU. The Slovenian-Italian negotiations took six years before the parties arrived at a mutually acceptable solution. Now, Slovenia feels it has the upper hand: consensus of all member states is the only way to enter the EU.

The Slovenian government counted on the solidarity of other member states. On the contrary, the EU Commission opposed Slovenia and expressed regrets over Slovenia's failure to accept the reconciliation offer by the French president, underscoring that the border was a bilateral issue.

In order to avoid the impasse, the Slovenian Prime Minister Borut Pahor, who had launched a series of ultimatums to Croatia, tried to mend fences by inviting his Croatian counterpart Ivo Sanader for talks. Sanader accepted, albeit not willingly, only under the condition that EU representatives attend the meeting. In this way, he further emphasised the argument, also suggested recently by Croatian president Stipe Mesic, that the relations between Ljubljana and Zagreb are "no longer a Croatian but an EU problem".

The Czech government, who holds the rotating presidency after France, have clearly said that the EU does not seem to have the will to get involved. The Ljubljana-Zagreb dispute probably seems but the last in a series of countless Balkan quarrels.

The issue does more damage to Slovenia than to Croatia. Since its independence, Slovenia has sought distance from the mess that involved the other republics from the Yugoslav federation. Significant effort was invested in demonstrating Slovenia's attachment to European values and its central-European dimension. This entire image, constructed over the past two decades, now seems a bit tarnished.

The EU wanted to complete negotiations with Croatia by the end of 2009. Now this date seems uncertain. Croatia's full accession was foreseen for between 2010 and 2011. On the one hand, the EU wanted to demonstrate the willingness to continue the enlargement, and, on the other hand, to reassure the Irish, in view of a new possible referendum on the Lisbon Treaty. The agreement on Croatia's accession was supposed to become the "technical instrument" to demonstrate that all member states would continue having a commissioner.

The relations between Slovenia and Croatia have never been worse. Public opinion in both countries staunchly supports their government's positions. Many in Croatia believe the Slovenian blocking to be unprecedented, whereas Slovenes claim no other alternative is available and that too many concessions have been made to the Croats over the previous years. The atmosphere resembles the edgy times of the 1848 "national spring". Slovenes and Croats now seem like eternal enemies. The issue looks grotesque, especially if one thinks that the two peoples have never been at war with each and, on the contrary, have often walked the same historic path and encountered the same problems.

The fault for the excessive nationalism lies, first, with politicians in both countries, who continue to loudly declare the need to defend "national interest". All we need is that someone wipes the dust from the old Yugoslav slogan, "we do not give what's ours, we don't want what's others'" However, after much talk, now it would be even more difficult to find a compromise. The legitimate question is how to explain to the public opinion that, in the end, a few square kilometres of sacred land or a few litres of water from the sea had to be conceded?

In this entire affair, one could fairly ask how much Slovenia and Croatia really believe in united Europe without borders. If they believed, there would probably not be all of this passion over a border that would disappear with Croatia's entry into the EU and the Schengen Agreement. Over the last century, the Slovenes and the Croats witnessed the dissolution of the Austro-Hungarian Empire and the Yugoslav federation, thus one better stayed prepared. One never knows...