Željko Bodrožić: the state of emergency smothers the Serbian media 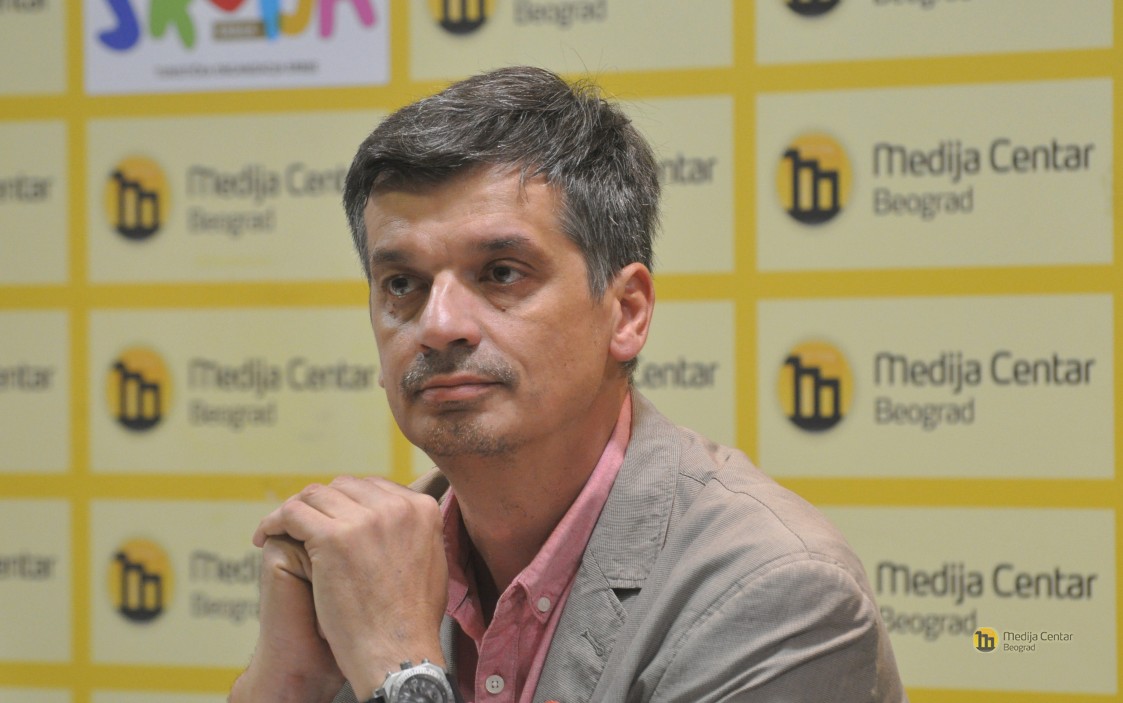 According to Željko Bodrožić, president of the Association of Independent Journalists of Serbia (NUNS), the state of emergency has only worsened the situation of non-aligned media, often subject to the discredit of the media controlled by power

"The state of emergency has exposed the government's intention to silence the media that are not under its control and to prevent independent journalists from doing their work, and I hope that now even those who in the past have supported – for opportunistic purposes or who knows what reasons – the so-called stabilocracy of [Serbian President] Aleksandar Vučić, turning a blind eye to blatant violations of media freedom motivated by alleged higher purposes, have realised that Serbia, with the current government, now deranged and out of control, is sinking into darkness and madness", says Željko Bodrožić, president of the Independent Association of Serbian Journalists (NUNS).

Even this year, despite the state of emergency, Serbian journalists' associations remembered the anniversary of the death of journalist Slavko Ćuruvija, owner of the Telegraf newspaper, brutally killed on April 11, 1999. The murder of Ćuruvija, like many other murders of Serbian journalists, to date has not yet had a final judicial epilogue. At the time of the Ćuruvija murder, the state of war was in force in Serbia, proclaimed in response to NATO's military intervention against the then Federal Republic of Yugoslavia. Therefore, a comparison between that period and the current situation in Serbia spontaneously arises.

Indeed, it is possible to draw numerous analogies between the current situation and the dark 1990s, also because many members of the Milošević regime today hold the highest institutional positions. But there are also differences. First of all, in Serbia today there are no draconian laws against journalists, there are no police raids on the editorial offices, no mass arrests, physical attacks and murders of journalists set up by the state.

However, today we are once again witnessing all those dynamics that preceded the regime's brutal campaign against journalists in the late 1990s. Thus, in Vučić's Serbia, independent journalists are persecuted and demonised by pro-government media, while most independent outlets are now financially devastated, as they are constantly excluded from competitions for the allocation of public funding and hindered in their attempt to attract advertisers.

Over the past month, more precisely since the state of emergency was introduced, these dynamics have accelerated and we have witnessed the attempt by the government to formally introduce censorship; a journalist was recently arrested, while all non-aligned journalists are openly labelled as enemies of the Serbian state and people.

Do you think censorship exists in Serbia today? Or are there various, sometimes very sophisticated mechanisms of pressure on journalists and the media? What kind of pressures do journalists face?

Aleksandar Vučić's regime controls the vast majority of Serbian media and does so unscrupulously. Particularly problematic is the fact that public broadcasters – the Serbian Radio Television (RTS) and the Vojvodina Radio Television (RTV) – have put themselves completely at the service of power, with the aim of glorifying it. The few free, independent outlets that carry out their work professionally, pursuing the public interest, are the target of attacks orchestrated by the leadership in power. For years now, "inconvenient" media have been sabotaged in all ways in their work, with the result that today most struggle to survive. This is particularly apparent at the local level. Since the Serbian Progressive Party (SNS) came to power, the local media landscape has changed completely, because many local media have closed their doors, while others have adapted and try not to step on the government's toes, just to survive.

Journalists and the Serbian government collaborate in certain areas, for example within the Permanent Working Group for the Protection of Journalists, and have also collaborated in drafting the new media strategy. What do you think of this collaboration? Do you think the government's intentions are sincere?

The Permanent Working Group for the Protection of Journalists has achieved some results, but is unable to protect journalists from the government's attacks. In a country where the attorney general acts as if she were a member of the ruling party's leadership, and the police are acting as assault infantry for SNS officials, we can hardly expect representatives of state institutions that are part of the Working Group to find the courage to urge the start of investigations which could, for example, reveal that the government party's propaganda machine is involved in a brutal stigma and criminalisation campaign against journalists carried out on social networks.

The Serbian government eventually supported the implementation of the new media strategy only to fulfill the deadlines linked to the EU accession process, and certainly not out of desire to respect the freedom of the press and of expression and to strengthen media pluralism. Here even the laws count for nothing, and we have no guarantee that the adoption of the media strategy will lead to a change in the government's attitude towards the media and journalists. Indeed, the conditions in which we work deteriorated just as the strategy was being drawn up. The government, while accepting most of the proposals for the new strategy put forward by the independent associations [of journalists], has continued, with even greater brutality, to brand the media where the members of those independent associations work as enemies of the [Serbian] state and people – a situation that has become even more dramatic with the introduction of the state of emergency.

To what extent is the state of emergency being exploited to put pressure on the media and journalists and to ban any critical voices from the public debate?

Unfortunately, our hopes that the government would take a more responsible attitude during the pandemic, which poses a danger to all citizens, proved to be vain. Since the opposition, which was weak even before the introduction of the state of emergency, at the behest of the government has now almost completely disappeared from the public space, the government targets independent journalists, as they are the only ones who raise uncomfortable questions, that is, questions on subjects of public interest that should be brought to the attention of the public.

In your opinion, when and under what conditions could the media situation in Serbia improve?

I do not see how the current government can help improve the situation, it is clear that it does not want to. The government's only goal is to maintain control over all nationally-broadcast television stations and the vast majority of traditional and digital media. They want to keep the independent scene (i.e. the media outlets that have managed to survive the past eight years since Vučić came to power) in a half-life state, to be able to use it as a screen to hide what they do not want the democratic world to see, while at the same time continuing to attack and intimidate it.

However, independent media enjoy the support of the EU and many international organisations. So what is missing?

The support of the EU and other democratic countries is apparent; in Serbia many independent media manage to survive in these difficult times thanks to funding obtained through calls from the EU and various international organisations. However, the whole situation is somewhat schizophrenic, because the EU continues to support Vučić and has only recently begun to use harsh tones in criticising the state of democracy and media freedom in Serbia. It is as if we were a football team to which the Europeans have generously donated the shirts and shoes to allow us to play, and now those very Europeans do not want to see that the referee is openly robbing us. It is an illogical and unsustainable long-term situation.

Do you think that the PR agencies are beginning to dominate the media sector and that professional and independent journalism is taking a back seat?

Unfortunately, propaganda has won over journalism, and tabloids have further degraded the profession for us, so the situation is even more bleak. However, we must not give up and, as long as we can, we must serve the public interest and raise all the issues that interest citizens, and above all investigate how the government spends public money and monitor possible abuses of power for private and party interests. They say the darkest hour is before the sunrise, and as the situation in Serbia is rather gloomy, I hope that proverb turns out to be true.